The Olfactory Bulb: Function and Characteristics

The olfactory bulb is essential for your sense of smell. Read all about it here! 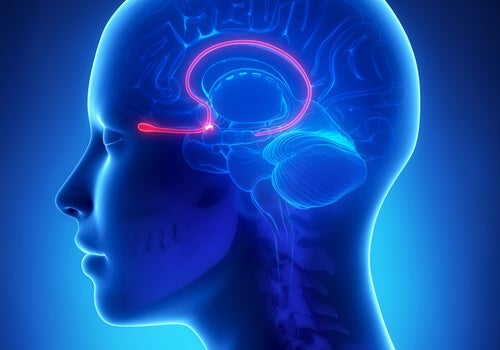 Smells have the power to evoke fond memories. Not only can your sense of smell transport you to the past, but it also helps you make important decisions every day. Today, we’re going to talk about an essential part of your sense of smell: the olfactory bulb.

To help you understand this important part of the brain, we’ll define it, talk about its functions, and each of its parts. Then, we’ll share some interesting facts about your sense of smell. Let’s dive in!

Your sense of smell

Many people underappreciate their sense of smell. After all, your nose helps identify things that are toxic and dangerous for your body. What happens if you smell smoke, for example? Your sense of smell helps you identify the origin and makes sure you stay safe.

In addition to alerting you to potential dangers, your sense of smell plays a role in your day-to-day decision making. For example, which clothes are clean enough to keep using or the kinds of foods you like.

Smells can also influence your emotions. Some smells are so pleasant that they have a positive effect on your well-being. Aromas have such a significant effect on your mood, in fact, that some brands use them in marketing campaigns to attract costumers.

According to o Bear, Connors, and Paradiso, authors of the book Neuroscience: Exploring the Brain, the olfactory bulb is an encephalic structure. It stems from the telencephalon (more commonly known as the cerebrum) and is responsible for receiving information from the olfactory receptor neurons.

You actually have two olfactory bulbs, one in each hemisphere of your brain. They also connect to the interior of your nasal cavities.

The functions of the olfactory bulb

After the information is processed by the glomeruli, it’s transmitted to different parts of the brain, such as the primary and secondary olfactory cortex, the orbitofrontal cortex, the hippocampus, and the amygdala.

Parts of the olfactory bulb

The center of olfactory information

The olfactory bulb is the primary processing center of olfactory information. It allows you to:

Now that you know what your olfactory bulb does, you probably have a greater appreciation for the importance of your sense of smell. It’s crucial for your survival, decision-making, emotions, behaviors, and memories.

Olfactory Reference Syndrome: When You Believe You Smell Bad
Olfactory reference syndrome is a mental disorder characterized by the irrational belief that you smell bad and are bothering people around you. Read more! Read more »
Link copied!
Interesting Articles
Brain
The Neurobiology of Moral Sensitivity

Who hasn't tried to erase an unpleasant memory or a traumatic experience! However, to your brain, forgetting is more complicated…