The Psychology of Superstition

Why are humans so superstitious? In this article, we'll look at the psychology of superstition! 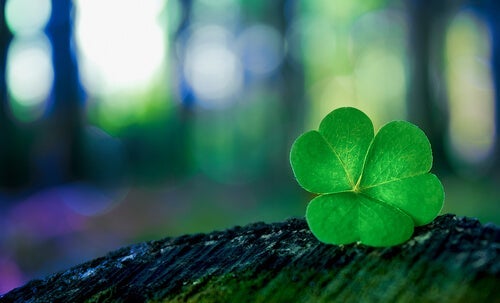 Superstition has always been a part of our lives. In fact, every single culture has its own superstitious customs. For example, in some areas of Russia, breaking a dish is a good omen. It’s as if each superstition had some kind of specific usefulness in our daily lives and individual situations. Read on to discover the psychology of superstition!

In our culture, we have several underlying superstitions that people believe. We all know someone who points out how many years of bad luck we’ll have if we break a mirror or the terrible things that’ll happen to us if we come across a black cat.

Although there’s no logical or scientific argument to support them, the people who really believe them tend to live their lives around them. In some cases, they may be quite harmless and unimportant, but, in others, they may become chains that really do restrict and enslave people.

Superstition is an irrational belief in objects or actions without any evidence to back them up. For instance, believing that wearing a rabbit’s foot around your neck brings good luck. There’s no evidence that this is so, but some people actually think it’s true. Here are some more examples of superstitions:

Superstitions are usually believed to either bring good luck or drive away bad luck. They’re used to either attract success or make failure flee. People believe that doing these behaviors will make their lives easier and provide them with money, love, or success. Although there are several superstitions that people hold all over the world, each person can also develop their own.

What’s the origin of the psychology of superstition?

The principle that underlies the psychology of superstition is the so-called operant conditioning identified by B. F. Skinner. To do this, as strange as it may sound, he started working with pigeons. When these animals pressed a button inside their cages, they were given food.

With the passage of time, they “learned” that this button gave them food, so they activated it when they were hungry. Later, the system changed. This time, when the pigeons carried out certain movements, they received the food. As a result, they started to develop “superstitious behavior” by carrying out these different movements, all with the hope of getting some food.

Well, this is very similar to what happens in humans regarding superstitions. A person can associate a positive or negative consequence with a specific action or behavior. If, for example, we go to an exam with a specific shirt and get a good grade, then it’s possible we’ll always go to exams with the same shirt on.

Other phenomena can also easily favor superstition, such as self-fulfilling prophecies or confirmation bias. This bias directs people’s attention to the information or events that seem to confirm their hypothesis, making them ignore or pay little attention to those which don’t.

Let’s take the example of the belief that black cats bring bad luck. If a black cat happens to cross your path one day, then it’ll be easy to blame everything negative that happens to you that day on the feline encounter. People unconsciously (or consciously) associate positive things with other causes.

The problems of superstition

Often, superstition isn’t bad in itself. It’s simply a set of beliefs that inhabit your mind. However, these beliefs can become quite harmful when they reach certain levels:

All this tends to raise anxiety levels and lower your self-confidence. Relying on an object or type of behavior undermines the ability you have to achieve things for yourself. It’s a subtle way of taking away your merit and attributing it to something else.

How can we fight superstition?

The best way to fight superstition is to use the power of your mind. Acquiring a critical attitude towards the associations we create between objects and rituals and their consequences is a good way of protecting you against these types of convictions.

Selective proactivity limits and refines the ideas that govern you. As a result, and without realizing it, you’ll have more freedom.

Exposing yourself to situations in which you feel helpless – because you’re not wearing your lucky charms, for example – is a good way to manage the anxiety they generate. In the end, superstition is nothing more than a belief and not a law of nature. That’s why it’s also important to learn to control anxiety, not only in cases of superstition, but also in life in general.

By way of conclusion, superstition, and therefore the psychology of superstition, is likely to accompany us forever. It can bring benefits, such as reducing uncertainty or increasing your sense of control. On the other hand, it can be a negative practice when it limits you or causes anxiety.

Does Superstition Improve Our Chances of Survival?
Superstition is a side effect of our ability to learn. It's something all of us do on some level, so does it actually help improve our chances of survival? Read more »
Link copied!
Interesting Articles
Personality Psychology
How Does the Mind of a Corrupt Person Work?