Personality is a key subject in psychology. However, does it really exist? What do we know about it? 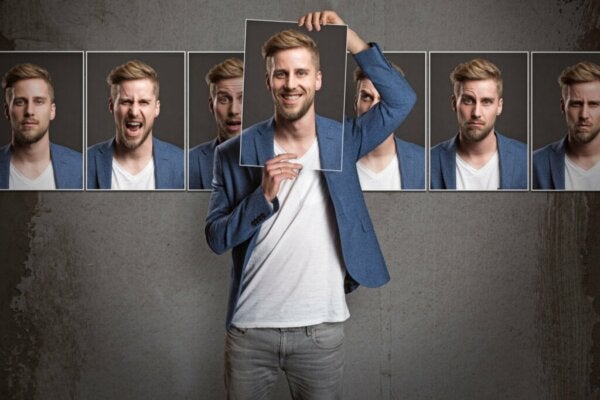 No matter what school you go to, if you major in psychology, chances are you’ll take a class called “The Psychology of Personality”. Without a doubt, it sounds like a greatly interesting subject. However, we dare to say it’s not an easy one.

There’s no need to be afraid of how complicated it can get. The thing is, there are many models, with their corresponding updates, revisions, and associated criticisms, that you must learn. It’s as if you started studying chemistry and there were several different periodic tables. That’s the kind of complicated mess we’re referring to.

The real paradox: the existence of personality

However, there’s another mess that goes beyond all the models and definitions involved. It’s impossible to overlook. We’re talking about the existence of personality. Believe it or not, the question does personality actually exist? comes to mind for many people. Think about it. Can we say that someone is nice in the same as we say that they’re tall or short?

Well, Eysenck or McCrae and Costa would probably say yes. These two individuals created the most famous and well-known periodic tables of personality. In fact, when it’s time to study the psychology of personality, you’ll always see their names in your books and study guides. Additionally, the lovers of factor analysis, main components, and other information synthesis techniques through statistical processes would also agree.

However, we’re sure you probably know someone who’s extroverted in one context and introverted in another. Sometimes, it’s not even necessary to change even the context. As a rule, humans can oscillate in this dimension even in the same social gathering.

As you can see, talking about a personality is complex and can get a bit confusing. Wouldn’t it be so much easier to be able to categorize people the way we do things? Everyone would be way more predictable. Sadly, it’s pretty implausible given each person’s individuality.

What if our belief in personality traits was an illusion, just like Santa Claus? After all, most people really aren’t consistent from one situation to another. This possibility shook the foundations of the psychology of personality in the late 1960s when Walter Mischel published a book called Personality and Assessment.

What did this psychologist propose? Well, perhaps he did consider this possibility, but he didn’t go through with it. At least not in the way that Cain killed Abel or Nietzsche beheaded God. In this case, Mischel opted for a context-sensitive personality assessment.

This author stated that people aren’t honest per se but that it’s possible to identify their tendency to be honest in certain circumstances. Let’s see an example. Carlos may be honest when he doesn’t make a profit by lying but he may not be honest when he does. With this information, what’s there to say about his honesty?

Expanding on this thought, Carlos may not be honest about protecting his loved ones, but he can be if he gets a lot of money for being so. Carlos represents a whole world. Every single person is a whole universe.

Let’s go back to Mischel. According to him, there are five variables a person’s behavior is sensitive to:

Therefore, when someone talks about the difficulty that studying other careers can entail, they don’t understand that psychology presents the most complicated object of study: the human being themselves. This explains the difference between common knowledge and scientific knowledge. The latter is aware, or usually is aware, of the difficulty of its purpose.

Mischel believed that every behavior was a product of interaction. The one that occurs during the situation, the way of perceiving the situation, and the resources to negotiate with it. Basically, when talking about personality traits, we’re referring to those alike characteristics that are limited to specific situations.

If, for example, we were to put Juan in a hundred situations that tested his honesty, we could get a percentage of the times where he was honest and assign him a score on the trait. He’s 65% honest.

Now, would it be possible to predict Juan’s behavior in a concrete situation just from this information? Someone may pay Juan a lot of money for him to lie about something. However, Juan may reject the offer and choose to be honest because he doesn’t think money is more important than being sincere.

The problem is that, in reality, we have very limited information about the people in front of us. For instance, we may know the balance of their bank account, but not that of their brother, who’s in need of money.

Furthermore, it’s safe to say that, to a large extent, the psychology of personality has a hard time when looking to transcend the theoretical models and apply them in real life.

Moreover, it’s safe to say that the models mentioned in the introduction look great on PowerPoint slides. Nonetheless, there are still so many different problems around them. At this point, the theory seems exhausted; it’s mostly survived thanks to the rise of positive psychology.

Sooner or later, it’ll be the data that’ll begin to guide us towards a solution. At that moment, paradigms, such as IRT, could become the rope that helps us get out of the well. We’re aware that this article about the psychology of personality has been a bit serious and hard to digest. For that reason, let’s end it on a calmer note. Here’s a song for you:

The Differences Between Personality, Temperament, and Character
They get mixed up a lot nowadays, and they're very similar, but personality, temperament, and character are actually different concepts that are all worth understanding. Read more »

Emotional detachment disorder encompasses a set of traits in some people that arises from a lack of affection during childhood.…