The Psychology of Art: Concepts and Characteristics

The psychology of art opens the door to another perspective of art full of the human psyche. We'd like to give you part of the key to open that room. Would you like to join us? 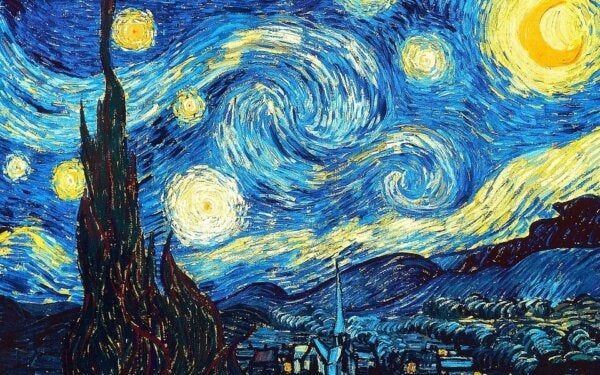 However, the goal of this discipline isn’t only practical but also theoretical. This discipline tries to elaborate on theories of both creative and perceptive activity. However, by doing so, it doesn’t dispense with the fundamental concepts and principles of scientific psychology.

The psychology of art doesn’t only include its own fields but also those studied by psychology, as they’re related. Thus, psychobiology, evolutionary psychology, psychopathology, or personality studies are areas that art has a relationship with due to the different aspects they have in common. The truth is that this discipline has quite a complex area of study.

For many countries, the psychology of art is a new discipline. There’s a vast array of reference works in English. However, in other countries, like Spain for example, there aren’t as many. In addition to that, most of those texts are based on psychoanalysis.

This discipline also maintains a relationship with other disciplines, such as philosophy. Its contribution comes from its foundations with the understanding of aesthetic phenomena. The contribution of art history is also relevant because the works can be analyzed from a psychological standpoint.

The trajectory of the psychology of art

Many psychotherapists have wanted to study and test the healing effects of art, both individually and in groups. We know the area of study that combines psychological elements with artistic ones as art therapy.

Art therapy emerged decades ago through rehabilitation programs using techniques such as writing, music, painting, etc. Despite this, the incorporation into the clinical environment is still slow and difficult.

However, the so-called psychology of art has become popular. It’s based on the development of creativity and the reduction of stress and anxiety thanks to the learning of classical artistic techniques (painting, sculpture, and complementary plastic arts).

Psychologists with expertise in the area of the plastic arts can use creative production as a mediator in therapeutic relationships. By doing so, they attend to questions related to psychism, subjectivity, culture, and society.

There have been many varied contributions to this discipline. The Gestalt school, Gustav Fechner, Sigmund Freud, Vygotsky, and Gardner have been the main authors who’ve developed a relevant role in its creation.

For Vygotsky, the highest degree of civility is the expression of art and culture, and work is a means for socio-historical evolution. His doctoral thesis on the psychology of art marked a milestone in psychology. It did this by appealing to the “unconscious” to define the essential aspects of art.

However, Vygotsky was aware that art wasn’t a primary or physiological need, thus taking into account Abraham Maslow’s point of view. Moreover, he held that the unconscious aspect of art wasn’t comparable to the dreamlike unconscious processes. He maintained that art is, rather, a step towards the latent subconscious of human beings in the middle of their wakefulness.

Experts have recently discovered that painting allows the release of dopamine, the hormone that provides the feeling of reward, and endorphins, the hormones that give the feeling of well-being. For example, the latter are released when we exercise.

On the other hand, we know that, when one finishes a work of art, it provides a feeling of happiness very similar to that experienced when having children. This is due to the release of oxytocin.

Some of the main benefits are the following:

In short, although art psychology is a recent discipline, part of its origins is Vygotsky’s initial thesis. This thesis is considered a method of self-knowledge when working with the subconscious. It’s also an essential element of study in different branches of psychology.

For example, in the context of psychological evaluation, it’s used in response to more specific interests of the evaluator, while, in art therapy workshops, experts use it as a free therapeutic tool or to enhance self-knowledge.

Being aware of the psychology of art opens the doors to a wonderful world of expression in any area of artistic manifestation.

Link copied!
Interesting Articles
Art and Psychology
Financial Psychology: The Art of Knowing How to Invest