In his polyvagal theory, Dr. Stephen Porges argues that humans have a subconscious scanning system that interprets signs of danger that they perceive without even realizing it. 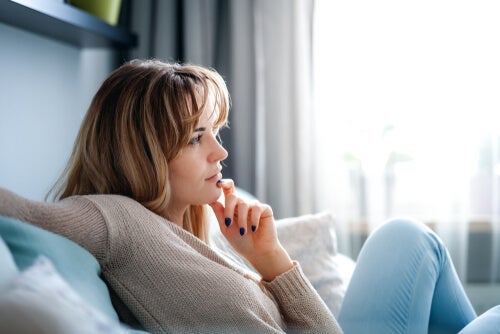 You probably aren’t aware of many of the unconscious processes that happen in your body and mind. The polyvagal theory attempts to explain one of those intuitive processes.

You’ve probably experienced moments when you feel like you’re in danger but there’s no obvious reason for it. Although you feel threatened, no one else around you seems bothered by anything in particular.

Every day, you read social signs of all kinds. When you interact with other people, you unconsciously pick up on facial expressions, body language, and tones of voice. While your body and brain are interpreting these signs, the signs and your surroundings are also shaping your sense of self.

The information that your body processes through these signals tells you who you can trust and who you can’t. You interpret who or what could be a threat and then respond.

Neuroception and the polyvagal theory

Dr. Stephen Porges developed the polyvagal theory, which describes the process by which neural circuits are capable of reading danger signs in your surroundings as “neuroception”. Neuroception is what makes you involuntarily explore people and your surroundings to determine if they’re safe or if they’re a threat.

This is a completely unconscious process that happens in the autonomous nervous system. Just as you breathe without any voluntary effort, you perceive the signs around you automatically.

This involuntary scan for potential danger happens from birth. It’s extremely important for your survival. Your body is designed to observe, process, and respond to what’s going on around you.

Babies respond to feelings of danger, safety, or closeness to their parents. It happens from the moment you’re born, and you spend the rest of your life unconsciously scanning and evaluating these signs of danger or safety.

The impact of trauma

For people who have experienced trauma, especially when immobilization was an important part of the event, your ability to scan your environment for signs of danger can be severely distorted.

One of the functions of the system, according to the polyvagal theory, is that you won’t end up in a vulnerable position again. Consequently, the body acts to avoid it. As a result, you might be much more sensitive to the signs around you, perceiving a threat where there isn’t one.

Thus, many inoffensive or benign signs could be interpreted as threatening by someone who has been through trauma. A change in facial expression, a tone of voice, or certain body language can trigger an unconscious defensive response.

The vagus nerve and the polyvagal theory

Your vagus nerve plays a role in many parts of your body. It has a significant influence on the cranial nerves that regulate social commitment through facial expression and vocalization.

Klüver–Bucy Syndrome: The Loss of Fear
Klüver-Bucy syndrome is a great example of the role the amygdala and temporal lobe play in behavior. Read on to learn more! Read more »

Clarke, Jodi (2019) Polyvagal Theory and How It Relates to Social Cues. How the Body and Brain Are Impacted by Your Environment. Verywell Mind

Link copied!
Interesting Articles
Brain
What's the Relationship Between Poetry and the Brain?