The Painted Veil: The Paradoxical Nature of Human Relationships

Love brings all kinds of twists, turns, and unexpected opportunities. The Painted Veil is a wonderful depiction of just how long and winding the path to true love can be. 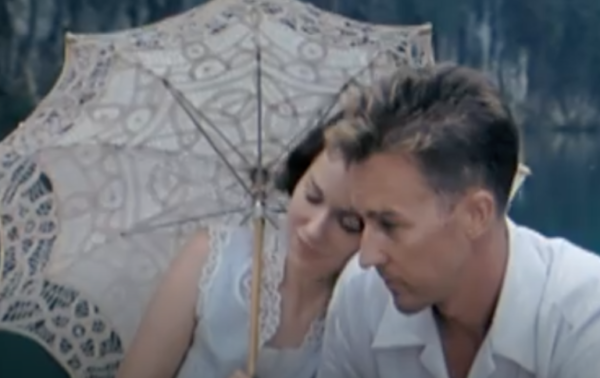 Based on the novel by William Somerset Maugham, The Painted Veil had been the subject of two earlier adaptations prior to the release of the 2006 film. In 1934, Greta Garbo took on the lead role, while Eleanor Parker starred in the 1957 version. The third movie adaptation allowed Naomi Watts to take on the role of Kitty Garstin, Maugham’s flawed heroine.

Culture shock and unrealistic expectations are just some of the many themes that run through this film. It’s a fascinating period drama, where infidelity and guilt form the basis of a powerful emotional journey. Edward Norton and Naomi Watts both produced and starred in this cinematic adaptation of Maugham’s novel.

When the newlyweds leave England to start their new life in Shanghai, their journey goes beyond mere distance. Hidden passions are revealed as their lives take an unexpected turn. What initially seems like an act of revenge quickly begins to shape the growth and development of the two main characters.

What’s the significance of the title?

Maugham’s novel begins with the quote that inspired its title. It’s taken from a sonnet by English poet Percy Bysshe Shelley (1792-1822), husband of famous writer Mary Shelley (the author of Frankenstein). The poem starts with the following words: “Lift not the painted veil that those who live. Call life”.

In many different cultures, a veil is a symbol of the separation between life and death. Shelley warns us not to lift the veil because there’s nothing behind it. He also means that each person shapes their own life (the veil) according to their own beliefs (their idle colors). For Shelley, human beings are painted veils under which they hide their true selves.

And that’s what The Painted Veil is all about: a game of masks, of trying to be someone we’re not, of becoming a pale shadow of who we truly are, and of falling in love with an ideal. It’s only when we lift the veil that we realize that this game often ends in painful disappointment. It’s incredible to see all the different connections between Shelley’s poem and Kitty’s journey from the frivolous existence she leads at the start of the novel, to the more authentic life she discovers at the end.

The importance of appearances in The Painted Veil

At the beginning of the movie, Kitty Garstin rejects several suitors, as she believes that someone better is sure to come along. However, her mother (Maggie Steed) is increasingly concerned about her prospects.

Kitty soon receives a marriage proposal from a man she just met. Walter Fane (Edward Norton) is a young doctor who’s in London on leave from his work as a bacteriologist in a civil laboratory in Shanghai.

Walter is completely in awe of Kitty (Naomi Watts). However, for her, he’s simply a means to an end, allowing her to get married quickly. When they move to Shanghai, Kitty soon falls in love with English vice-consul Charles Townsend (Lief Schreiber), and the two begin an affair.

Unbeknownst to Kitty, Townsend has no intention of formalizing his relationship with her. When Walter discovers her infidelity, he decides to take revenge. He takes her to a remote village in China that’s been devastated by cholera, claiming that they’re there to provide medical aid.

The Painted Veil is a story of personal growth and forgiveness. Both Walter and Kitty share the blame for the disastrous state of their marriage. However, it’s the issues that forced them apart that ultimately lead the two to reconnect with one another.

For her part, Kitty’s work with orphans at a local convent forces her to grow up. Walter, meanwhile, comes to the village with the best of intentions but his methods are viewed as unacceptable when he disrespects the religious beliefs of the natives. He’s only able to move forward when he learns to work with the locals.

Kitty learns to appreciate her husband’s courage and starts to see him in a new light. For the first time, she starts to take a genuine interest in him.

The Painted Veil: adversity and self-discovery

On arriving in the remote village of Mei-tan-fu, Kitty is unsure whether nationalists, boredom, or anger will kill her first. There’s no quick fix to repair her broken relationship with Walter. At first, both are overwhelmed by the harsh reality of their new home. However, it’s the difficult circumstances of their new situation that bring them to a sudden realization, and an intimate understanding.

Love, and the blossoming of a new romance, is never simple. Over time, Kitty discovers Walter’s virtues: his devotion to his patients, his kindness, and his morals. She finally sees the error of her ways, and eventually falls in love with him.

The mistakes she makes along the way make Kitty’s journey of self-improvement all the more believable. No one could ever claim that she was perfect. However, she matures throughout The Painted Veil, learning from every one of her mistakes to become a stronger and wiser person.

Prior to her arrival in China, Kitty had never stopped to think of anyone but herself. Now, for the first time, she’s faced with real suffering, and everything her husband does finally takes on true meaning. It’s also a revelation for Walter, who eventually realizes that his wife was worth meeting after all.

With these new feelings of intimacy, comes a renewed sense of passion, leading the two to make love for what’s probably the first time in their marriage.

Kitty falls pregnant and, not knowing who the father is, she confides in Walter. Deeply sorry that he judged his wife so harshly, he assures her that the child will be theirs regardless, with no further questions or remarks.

You might say that The Painted Veil is an atypical love story. Although they’re married, these are two people who should never really have even met. But despite all their differences, they manage to find a common ground.

When Kitty looks outside of her marriage for excitement and adventure, all she finds is vulgarity and deception. Her failure to appreciate her husband quickly backfires. With time against her, she has to work hard to overcome adversity. In the desperate circumstances surrounding their battle against cholera, both Kitty and Walter find something in each other that they never knew was there.

The 6 Best Movies for Personal Growth
The movies we're going to be showing you in this article are valid examples of how films can portray good personal growth. Read more »
Link copied!
Interesting Articles
Cinema, Television, and Psychology
Coraline: Learning to Love Imperfections