The Nuances of Atheism

Freedom of religion might be one of the most complicated freedoms for humans to achieve, as many societies still don't allow it. In today's article, we'll talk about the different types of atheism and what they mean. 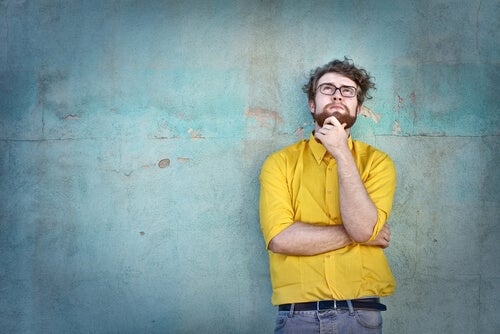 Atheism is the belief that there’s no God or divine being. Simple, right? Before I started to do research on the subject, I thought that it would be and that the classifications only get complicated for non-atheists. However, I realized that nothing could be further from the truth. Today, we’ll talk about the nuances of atheism.

There are different kinds of atheism. “Non-belief” isn’t the same all over the world, nor does everyone follow the same kind of atheism.

I think that this variability is related to atheists’ fear that they’ll become like some believers. Although that might sound offensive, it’s more of a rejection of any kind of dogmatic or extreme position.

Nevertheless, atheism sometimes does fall into the category of religious fundamentalism. In general, the overarching goal of atheism is to establish a secular society, in which believing in religion is like believing in Santa Claus. In other words, a belief with no scientific basis.

However, that doesn’t automatically mean that it’s something negative, as long as we categorize it as just that: a belief. A secular state is one in which this type of comparison is allowed, though there’s always the possibility of offending someone. In a religious society, a person could be executed for expressing such an idea.

Atheism: a nuanced form of non-belief

Philosophers such as Antony Flew and Michael Martin flesh out some of the nuances of atheism. They differentiate between positive atheism (strong) and negative atheism (weak).

Agnosticism, on the other hand, is all about uncertainty. Agnostics don’t know if God exists or not because they say that humans don’t have the knowledge to confirm or deny his existence. Many people think that agnosticism is like atheism for cowards. This is because they argue that you should believe in something rational or not.

You can’t argue against the fact that we have rational means of differentiating between the real and the imaginary (such as fairies and mermaids). However, we still can’t seem to openly deny the nonexistence of God in the real world.

The separation of these different meanings of the word might help you better understand the different kinds of justifications that exist for the range of atheist beliefs. One argument might work to justify one type of atheism but not work for another.

Social stigma, political pressure, and intolerance make it difficult to estimate the number of atheists in the world. There could be billions!

The justification for atheism

Another of the nuances of atheism is how different people justify it. There’s a lot of controversy about the available information, what it implies, and how it should be interpreted. Also, there are meta epistemological concerns about the role of argument, reasoning, belief, and religiosity in human life.

The idea of atheism can find itself arguing not only that the evidence suggests that there’s no God but also defending the broader need for evidence-based beliefs.

Is it logical to debate about God?

Let’s look at other approaches to atheism. One family of arguments is what experts sometimes call deductive atheology exercises. They arrive at the conclusion that the existence of God is impossible.

Another group of important and influential arguments falls into the inductive atheology category. These probabilistic arguments bring the natural world into play, as well as generalized suffering, non-belief, and biological and cosmological discoveries.

Another approach is non-cognitivism atheism, which denies the idea that God is meaningful or has any prepositional content that could be evaluated in terms of truth or falsehood. Instead, religious acts are more of a complication of emotion or an expression of spiritual passion.

On the other hand, inductive and deductive approaches are cognitivist in the sense that they accept that affirmations about God are meaningful and can be labeled as either true or false.

The question of whether or not God exists spreads across positions related to biology, physics, metaphysics, philosophy of science, ethics, philosophy of language, and epistemology. The reasonability of atheism depends on the general adaptation of a whole conceptual and explanatory description of the world.

On a personal level, I think that God can be something different for each person. I’m not interested in the religious idea of God, as it doesn’t solve my existential problems. In other words, more than anything, it’s a personal and subjective decision. In any advanced society, both positions should be able to coexist side.

Philosophy and Psychology
The Panopticon Effect - Someone's Watching You

The Panopticon Effect by Foucault refers to a thesis of the French philosopher on power, control, and domination. In a…