The Legal Aspects of Joint Custody

Parental responsibility and joint custody are two terms that people often confuse. In this article, we'll analyze both concepts and what each of them means in a separation or divorce context. 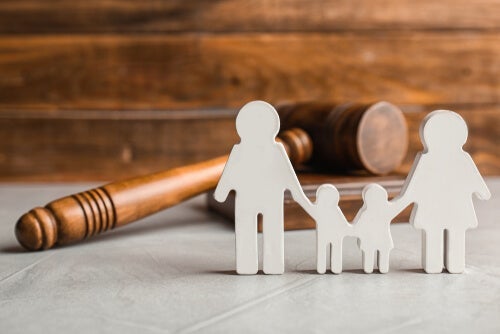 The legal aspects of joint custody revolve around several rules that set them apart. First, it’s quite important to look over the concept of parental responsibility, which are the rights and duties that a parent has over their own child. On the other hand, there’s also the concept of custody and guardianship: the right and duty to look after one’s own child and to stay in close contact with them.

As a rule, both concepts go with the role of father or mother. Thus, at the same time that parents hold parental responsibility, they also have their children’s guardianship and custody. But this isn’t always the case.

What happens with guardianship and custody after a divorce?

Laws regarding this matter are different in each country, but they usually aim to take measures that affect the children as least as possible.

The obligations that the law imposes stem from parental responsibility, so it affects both parents equally, regardless of the regulatory agreement. Therefore, both parents would keep their obligations, even if only one of the two is allowed to keep guardianship of the children.

Like we mentioned before, guardianship and custody (a concept independent from parental responsibility) includes living, taking care of, and looking after the children. There are two types of joint custody when it comes to divorce or separation:

As we mentioned earlier, the legal aspects of joint custody involve several rules that are very important to understand. First, joint custody happens when both spouses agree to it in a regulatory agreement or in any other stage of the separation process.

Furthermore, the agreement must be admitted by the court. In order for this to occur, the proposal must oversee the benefit of the children. In other words, joint custody must be an option that mainly benefits the child or minors. If it doesn’t, then the proposal won’t be approved nor carried out. Also, if the Judge were to notice any signs of domestic violence, they won’t allow joint custody.

In reality, there aren’t action guidelines on how to carry out joint custody that fully benefits the child. In the end, the reality is that children in this situation live with one of their parents for a while and then with the other, which creates a sense of instability and destroys any attempt to protect the minor’s well-being.

Some believe that leaving the child in the hands of only one parent can be much more favorable when both parents still hold parental responsibility.

That’s why, and possibly motivated by said theory, children over the age of 18 are free to choose where they want to go. Thus, if they don’t want to live in joint custody, then they can decide which of the two parents to live with permanently.

How a Separation or Divorce Affects a Child
A separation or divorce can affect all family members, and it can lead to unpleasant and unsustainable situations that mainly affect the children.  Read more »
Link copied!
Interesting Articles
Family
Are Teenage Messy Bedrooms Really a Lost War?

Our families are the starting points that, in many cases, influence us beyond our childhood. In this sense, the film August:…