Corporal punishment used to be common as a way to "motivate" students to learn. The idea is that knowledge gained through pain can be more intense and long-lasting. So what does this process look like on a cerebral level? 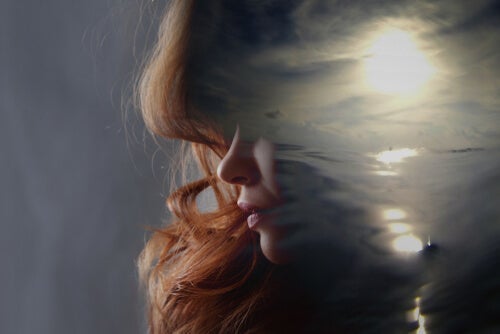 What do you remember more vividly from your childhood, the first time you ate candy or your first fight at school? Nearly everyone would choose the second option. It seems that humans are much better at remembering painful experiences than positive ones. Recent studies show that the brain’s insular cortex (the area responsible for processing pain) mediates this kind of learning.

Thanks to this research, neuroscience has been able to establish a neuro-anatomical foundation for already-defined cognitive processes.

The nexus between the processing of painful experiences and the lessons you learn from said experiences seems to be in the insula. The insula is located deep in the fissure and separates the temporal lobe and the parietal and frontal lobes.

The importance of learning painful lessons

Evolution has given us an effective survival mechanism called “threat learning“. This type of learning is responsible for our survival as a species. Other species also experience “threat learning” through their respective nervous systems.

The reason why this mechanism protects you is that it remembers past harmful events. That helps you avoid future situations that could be harmful or painful. Basically, it keeps you from making the same mistake twice.

The role of the insular cortex

For a long time, scientists have wondered what area of the brain alerts the others of painful events to trigger “threat learning”. Although experts have known for a while that the amygdala played a role, there were still some missing links.

Scientists knew that the amygdalin was important for the emotional evaluation of the stimuli. However, they still hadn’t discovered the area of the brain that acted like an orchestra conductor. They wanted to know what are united all the cerebral processes to make up a significant and holistic lesson.

Research finally revealed that the insular cortex, compactly folded in the interior of the lateral fissure, is responsible for sending the alert signals for these aversive events. In spite of the evidence of the connections between amygdalin neurons and insular neurons, scientists have only recently begun to study their function.

Experts have believed for a long time that the insular cortex is responsible for coding feelings and emotions.

In the aforementioned studies, researchers used rat test subjects because their insular cortex is similar to that of humans. They discovered that, when they disconnected the insular cortex during aversive events, the rats were no longer afraid of future painful events.

They also found that the lab rats with disconnected insular cortexes had a harder time learning from their painful experiences.

“We are what we repeatedly do. Excellence, therefore, isn’t an act, it’s a habit.”

Scientists have evidence that the insula plays an important role during painful experiences. It’s also crucial for many basic emotional experiences. The insula processes love, hate, disgust, pain, sadness, and happiness. From an anatomical perspective, the insula is located in the perfect spot to integrate two particular phenomena:

The mediator here is the association between bodily changes (triggered by emotional states) and changes in the way that you qualitatively and subjectively experience those changes. In other words, the insular cortex lets your brain know how your body is doing.

What do these new discoveries tell us?

Scientists have proven that the insular cortex is capable of providing the brain information about the body’s state. However, it can also send strong warning signals to other areas of the brain. Those areas in question participate in the formation of memories about unpleasant or painful events.

Neuroscientists hypothesize that insular neurons could be responsible for the subjective sensation of pain. Consequently, they would also be in charge of adding unpleasant sensations to painful events. The insular cortex prompts other areas of the brain to carry out their respective functions during the threat learning process.

All this had led scientists to believe that insular cortex activity has important repercussions for phenomena related to brain interconnectivity in different areas of the brain. Also, this finding fits with other evidence that any impairment in the insula correlates to various psychiatric problems.

In conclusion, studies that relate the neuronal connectivity and plasticity mechanisms with cerebral pain codification mechanisms might serve as the foundation for future psychiatric theories. People who suffer from disorders such as PTSD and anxiety could benefit significantly from those developments.

The Prefrontal Cortex: One of the Most Interesting Parts of the Brain
The prefrontal cortex is the most sophisticated sign of our brain's evolution. It's also the part of our brain that makes us truly human. Read on! Read more »
Link copied!
Interesting Articles
Brain
The Neuropsychology of Aging