The Importance of Values in a Relationship

Each partner in a relationship brings values to the table and this makes up their relationship values. Thus, if both share the same values, your relationship has a good foundation. 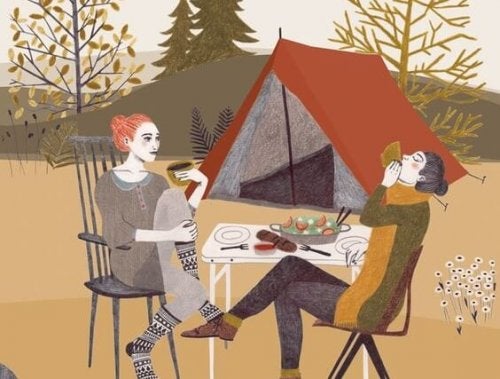 Every relationship is different, but sharing the same values in a relationship can improve and make it flow seamlessly in a healthy, non-toxic way. Establishing values as a couple can lay the groundwork for a stable and fully-functioning relationship.

What makes a couple? In this context, a couple consists of two individuals in an affectionate and more or less formal relationship. What are values? Values are those positive qualities or virtues that each person has, that makes a person stand out from the rest and push them to act according to their beliefs. Values can influence their interests and behaviors.

“Begin each day with the blueprint of my deepest values FIRMLY in mind then when challenges come, make decisions BASED on those values.”

Values in a relationship

A study conducted by Medina et al. (2005) states that both men and women are looking for someone with similar needs to theirs, someone compatible with common traits.

According to theories on mate selection, people look for someone with values similar to theirs (Centers, 1975). Thus, they choose partners that share economic, cultural, and social traits (Rice, 1997).

“Find people who share your values, and you’ll conquer the world together.”

Determining the values in your relationship lays the groundwork for things to work or improve.

The behavior and expectations that each person has, and those related to the couple, are part of their beliefs and social values(Kaminsky, 1981).

The socializing process can change through time because values and social norms are expected to change, so it’s normal for people’s beliefs and behaviors to change as well (Díaz-Guerrero, 2003). So, expectations, values, and behaviors in a relationship change (García-Meráz, 2007). This creates new parameters, influenced by the couple’s social setting (Snyder & Stukas, 1999).

Working together to improve a relationship

Establishing your relationship values is a team effort. As previously stated, each person is different, so each couple’s values will be different. However, there are some basic values that most couples share. These values are love, loyalty, mutual support, generosity, mutual respect, and communication.

There many kinds of love, but all share the same core. Telling someone you love them, isn’t the same as telling them you want them. These subtleties start from the infatuation state, the grounded love, and, thus, the cohabitation stage. It also encloses the surprise of discovering the other person, of falling in love and reaching a plateau of stable, long-lasting, and persistent love.

Loyalty depends on the couple and their agreement. Each couple sets a type of commitment. Some couples are strictly monogamous, while others aren’t. If these agreements are met, there’s loyalty.

Being able to feel supported, knowing that the other person won’t fail you and that they’ll protect your best interests is something that makes you feel braver and less vulnerable.

This is great, as it allows you to feel empowered and deal with anything. It’s about empathizing with your partner, trying to understand them more and better, and expressing your support and unconditional love.

“A friend is someone who knows all about you and still loves you.”

Believe it or not, sometimes there’s more selfishness in couples than generosity. To some, it can be difficult to be generous with their partner and only know how to look after themselves, what they need, want, and like, although this doesn’t resonate with others.

However, being in a relationship is more than that. There are ways to be a generous lover. The best is not to think about yourself, put yourself in your partner’s shoes, and try to understand their point of view, even when you disagree with them.

Mutual respect in a relationship is an essential value. Both partners need to be on the same level.

It’s about offering a space to be themselves and another space to be a couple. Respect is also about accepting the other completely, without trying to change them.

A good relationship is one where communication is assertive, fluid, and trustworthy. Satir (1988) defines assertive communication as the ability to express yourself in a direct, honest, and respectful manner.

In short, having good communication with your partner means that both of you have to commit to sharing your disagreements, accomplishments, failures, goals, and needs, among other things. Develop your ability to do this. Good communication means healthy bonds, mutual respect, affection, love, and commitment.

Shared Misfortune – Is It More Bearable?
There are several popular sayings that address, from different perspectives, the question of whether shared misfortune is more bearable. Read more »

Snyder, M. & Stukas, Jr. A. A. (1999). Interpersonal processes: The interplay of cognitive, motivational and behavioral activities in social interaction. Annual Review of Psychology, 50, 273-303.

Those who think that famous question "Will you marry me?" will end up disappearing will have to think again when…

Sigmund Freud said that romantic relationships aren't an encounter but a reunion. But who are you exactly to meet again?…

Romantic Relationships
Bonding with a Partner and Self-Protection

Bonding with a partner means taking a risk. It means leaving yourself open to possibly being rejected and hurt. Despite…

A couple is a reality that is constantly being constructed and reconstructed (evolution). The fact that two people are in…