Selfishness in Love: Give Me Everything in Exchange for Nothing

Is selfishness only bad? What are the consequences in our love life? And what does self-love have to do with it all? Read on to find out all about it. 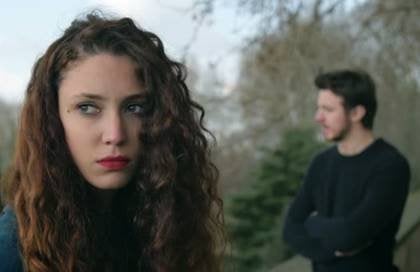 Many people don’t give us the love that we deserve. They stay with us for their own benefit, to satisfy their own desires, and to fill the void in their lives. Selfishness in love creates havoc and leaves scars. Reacting in time is the only way out of this type of relationship.

Selfishness in love causes genuine personal catastrophes. There are those who, despite being adults in their appearance, act in every way like children. Their childish egos see emotional relationships as a means of satisfying their own needs. They’re takers in search of givers, and immature people who don’t understand, or want to understand, the language of reciprocity.

Abraham Maslow said that not all selfish behaviors are necessarily bad. Not at least until we understand what motivations guide and define them. By way of an example, the need to prioritize and invest time in ourselves from time to time is a positive thing, and recommended for good self-esteem. However, there’s the other side of the coin where we find a dark, unhealthy, and harmful selfishness.

Erich Fromm was one of the first authors to speak about selfishness in love. According to the author of The Fear of Freedom and The Art of Loving, there are those who conceive relationships as a means of taking and receiving. They’re men and women unable to see beyond their own precious personal bubble.

Selfishness in love, the fifth rider

When Washington University psychologist John Gottman expounded his famous theory about the ‘Four Horsemen’ responsible for relationship break-ups, he overlooked the dimension of selfishness in love. In his approach, he suggested that the greatest dangers in a relationship are indifference, a defensive attitude, criticism, and contempt.

We could say that selfishness could be classed as an equally devastating fifth rider. However, in reality, Dr. Gottman didn’t include this element as an exclusive predictor of break-ups in love because, in a way, it pervades each of his aforementioned dimensions. The person who criticizes, violates, and despises others, avoiding their responsibilities, exhibits terrible selfishness, and this is more than obvious.

Now, however obvious it may seem, we don’t always see it coming. Because, as we well know, there are times when love hurts. It hurts because at the start of the relationship we blinded ourselves to the obvious.

Most of us, at some point, have risked everything for someone. We have thrown ourselves completely on that person who seemed so perfect and fascinating, only to end up falling off an emotional precipice. Because the selfish person is sibylline and deceitful at the start, it’s easy to fall into their spell.

Later on, when they have what they want, they reveal their true selves. They use emotional blackmail and manipulation and are like a black hole that engulfs everything. And no, they don’t return anything that they swallow either, because the selfish personality has nothing to offer except deficiencies and disappointments.

This phrase may seem contradictory, but it’s worth reflecting on for a few seconds. Selfishness in love arises as a result of the inability to love oneself. How is this possible? We’re so used to taking for granted the idea that selfishness, such as narcissism, is where people only love themselves. However, there’s a hidden reality here that isn’t so easy to discern.

As Erich Fromm pointed out in his book The Art of Loving, the selfish person actually detests himself. They lack self-love, and is so frustrated and full of needs that they orchestrate relationships to fulfill those needs.

“The selfish individual doesn’t love himself too much, but too little; actually, he hates himself. Such lack of affection and care for himself, which is nothing but the expression of his lack of productivity, leaves him empty and frustrated. He feels unhappy as a result, and desperate to find the satisfaction in life that he, in fact, is preventing himself from obtaining.”

A few years ago, the Department of Psychology at the State University of New York conducted a very revealing study. They compared altruistic behavior with selfishness. Something that became evident is how altruistic people feel more fulfilled personally and emotionally. They give without expecting anything in exchange. They offer their time and resources to others freely, because those actions generate well-being.

In contrast, selfish people seek from others what they don’t have. They can’t offer anything to those around them because, quite simply, they don’t have anything to offer. They lack self-esteem and self-confidence. Because of this, selfishness in love is a little more than a bear trap in which you try to “capture” someone who can serve as a devoted donor of their love.

As we can see, this behavior is as toxic as it is painful when it comes to relationships. All of this reminds us, once again, of that essential truth in relationships: that loving oneself is key to truly loving others. Therefore, learn to exercise our selfishness in a correct and healthy way. Unhealthy selfishness is like a ship without a sail: it’ll never find a safe haven.

Romantic relationships typically involve a bond between two people. That bond is something you have to cultivate every day. This…