The Importance of Being Adaptable to Change

Being adaptable to change means you're a flexible person, which is an amazing trait to have. After all, change doesn't have to be traumatic - the process can actually be extraordinary. 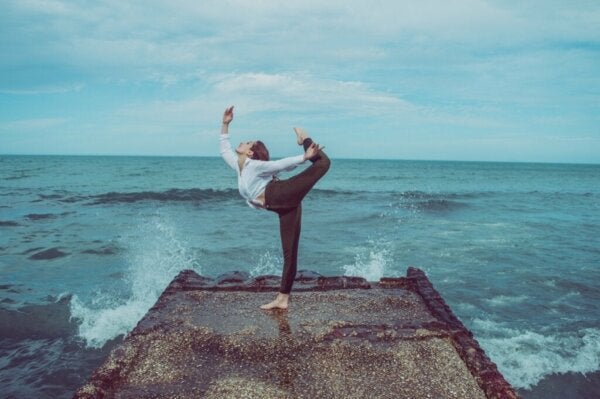 “You either adapt or you die.” You’ve probably heard that before. From a young age, we learn that we must face every single challenge, which can lead to negative internal monologue. Is this how this mechanism works? Why is being adaptable to change so important?

The truth is that, as of right now, we’ve all had to adapt to the environment, to everything that’s surrounding us. It’s as if our current reality was forced on us and there’s nothing we can do about it but accept it. It’s completely normal to feel uncertain and frustrated in the face of this situation. In reality, the human brain isn’t too fond of change. In fact, it perceives any variation in the environment as a threat.

However, there’s an indisputable fact here: life is synonymous with change. As Heraclitus once said, “No man ever steps in the same river twice, for it’s not the same river and he’s not the same man”. Knowing how to adapt to that constant flow is key to health and well-being. This explains why, in recent years, psychology professionals have focused on the area of human adaptation. It’s definitely a fascinating one. Let’s delve a bit deeper.

What does being adaptable to change entail?

Let’s start off this idea with a quote by the great Charles Darwin: “It isn’t the strongest of the species that survive, nor the most intelligent, but the one most responsive to change”. Nowadays, the act of surviving or not has little importance. There are many people who “stay alive” despite being inflexible and adopting a rigid psychological perspective.

We could say that, as of today, no one dies from not adapting to the demands of their surroundings. However, they do have a greater risk of suffering from depression and anxiety disorders. The reality is that maladjustment brings suffering. Whoever refuses to change becomes frustrated and angry because, in the end, reality won’t adapt to their wishes.

Also, this dimension doesn’t apply only to human beings. Companies and the social sphere know and understand that, in order to progress, it’s essential to invest in three dimensions: learnability, liquidity, and mobility. Being adaptable to change is the only mechanism that allows an individual to make progress.

The American Psychological Association (APA) defines adaptability in a very simple way. Basically, it’s the ability to give appropriate responses to changing situations. In order to do this, you must be able to vary your behaviors, thoughts, and emotions.

Firstly, it’s important to keep one aspect in mind. If you ask someone what adaptability is, they may tell you that it refers to the ability to vary our behaviors to survive. Although this definition is correct, it’s incomplete. It’s true that, in order to adapt, you have to be creative and come up with new approaches to thinking, as well as reactivate certain emotions.

Without a suitable frame of mind, you won’t be able to get new ideas and, without innovative, confident, and courageous thoughts, no appropriate behaviors will rise to the surface.

Being adaptable to change doesn’t mean changing yourself

A common thing people think is that there’s nothing better than a fresh start. Some might even assume that adapting or dying necessarily means leaving aside everything they are. No matter what, they must shape a new version of themselves. Now, it’s necessary to get rid of many of those popular ideas because they aren’t very logical when you actually examine them.

You don’t have to start from scratch in order to be adaptable to change. After all, you’re not a snake, you can’t just remove one skin and get another one; it’d go against your essence, learnings, values​​, and identity. If you want to learn what adaptation means for yourself, pay attention to those skills that have worked for you so far in life. Put aside those that do nothing for you and, instead, focusing on learning new ones.

Something like this requires proper introspection. Perhaps one of your strengths is self-confidence, which is of great importance. However, you may lack transcendence, you may need to think more creatively and learn how to sense opportunities during tough times. All of these new approaches are worth developing and still help maintain your essence.

Adaptive capacity and tolerance for uncertainty

Andrew J. Martin, a professor of educational psychology at the University of Sydney in Australia, has studied the field of human adaptation for many years. In one of his investigations, he pointed out that, if we teach students to be tolerant during uncertainty and adaptable to change, their academic results would improve significantly.

Being able to accept the uncertain and processing it without fear or resistance facilitates a better adaptation. In addition to this, it’s key to seeing opportunities in the midst of difficulties.

Being mentally flexible won’t hurt you

Being adaptable to change will never hurt you. Instead, it makes you grow, as whoever chooses to adapt doesn’t simply give up on the situation. In fact, it exercises that emotional, cognitive, and emotional flexibility that helps you adjust to your reality with better resources and greater intuition. Inflexibility is what may hurt you instead, in fact. Being rigid in the mind just hinders your growth process.

In short, it’s very important for you to refine these competencies. We’re sure you have them in you. It’s time to develop them and make them work in your favor.

Stress Can Change Your Personality
Irritability, moodiness, negativity. Stress can change your personality, take away your shine, and even turn you into someone you don't like. Read more »
Link copied!
Interesting Articles
Wellness
Love Yourself, Protect Yourself: Set Boundaries

We all love in our own way, and everyone chooses for themselves. We have the power to form relationships however…

Wellness
Learn How to Love in 5 Steps

The greatest happiness in life is to love and be loved. So said author and playwright Amantine, known under the pseudonym George Sand. We connect with others not only for…

Wellness
Everybody Can Become a Genius

You've probably been through a time in your life when you felt lost, because you couldn't figure out what you wanted to dedicate yourself to, or because you didn't think you…

Wellness
Are You Capable of Surprising Yourself?

Over the years, life can become increasingly monotonous and boring. The same work schedule every week, the same activities in…

Wellness
Until Yesterday, I Was Everything I Could Be; Today, I Am What I Want to Be

Until very recently, many of us were only what we could be, or what others allowed us to be. However,…