The Human Soul, according to Science

Science is getting closer and closer to explaining the existence of the human soul. This is a fascinating challenge, as many humans have been wondering about it since the beginning of times. 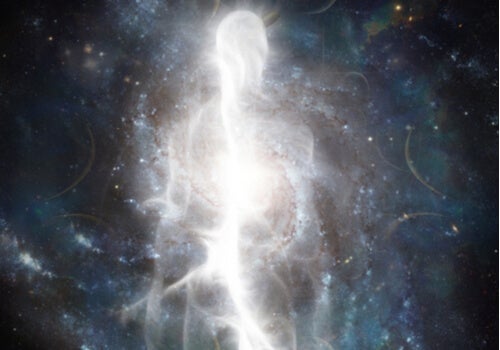 The human soul has been a mystery for a long time, and there are many hypotheses about it. In fact, the various academic disciplines continuously try to answer it. Today’s article will discuss what the scientific community has to say about it.

You’re about to take a tour of the scientific paradigm, tradition, and current challenges. In addition, you’ll learn about Robert Lanza’s fascinating theory of biocentrism.

Your path will go beyond the spiritual. As you know, most religions mention the existence of a soul. What’s the position of science in this regard? How does it currently deal with this paradigm? Continue reading to find out.

Is there such a thing as a human soul?

The idea of ​​the existence of a human soul is related to beliefs about life after death. This idea of ​​a soul is linked to the conviction of eternal life. In addition, many people also believe that the soul is a guide by which a person thinks and feels and that it operates independently from the body.

Certainly, the conception of the soul will vary depending on the context, religion, and discipline that addresses it. It’s been mainly religious throughout history as these institutions allegedly deal with the spiritual dimension. They’ve taken it upon themselves to explain its existence.

Religions argue about the idea of ​​a soul, independently of its connection to the spiritual, by inferring that evidence of its existence is among the mysteries associated with birth, death, different states of consciousness, memory, and imagination. Thus, they suggest that the soul is like a kind of vital force, an impulse.

The scientific paradigm regarding the human soul

According to philosopher and science historian Thomas Kuhn, a scientific paradigm is the set of universally recognized achievements of this type. Paradigms are subject to criticism, in addition to generating models of problems and solutions in the scientific community.

The current scientific paradigm doesn’t usually recognize the spiritual dimension. Rather, it points out that there’s no need for a soul. In fact, it tends to explain life through equations about the activity of carbon and the activity of proteins, etc.

On one hand, religion gives the answer to the existence of the soul from a spiritual point of view. It associates it with the transcendent and incorporeal. On the other, science associates it with the material, if it conceives it at all. In other words, the latter understands it as the mind. Also, it reduces it to the concept of cognition and consciousness, at least from a poetic standpoint.

Neuroscience has made great strides in explaining the functioning of the human nervous system and trying to explain the reason for subjective experiences. However, it’s still a mystery. Thus, the problem of whether the soul exists or not is related to the understanding of the nature of the self.

Currently, different theories have begun to challenge the scientific paradigm. The physicochemical, above all. Biocentrism is an example of this. It’s about emphasizing tough questions about human nature. For example, it asks if there’s such a thing as a soul or if there’s something beyond time.

This new perspective of being, of the cosmos and of reality, believes that life goes beyond mere atoms and particles. It would explain things such as quantum entanglement and the uncertainty principle. In fact, some authors point out that quantum weirdness occurs in the world on a human scale. At least according to Gerlich and his team, which co-authored the article “Quantum interference of large organic molecules”.

Robert Lanza, an American scientist, first suggested the theory of biocentrism. In this theory, he considers that life and biology are essential to being, reality, and the cosmos. In fact, he affirms that consciousness creates the universe and not the other way around. Thus, he didn’t ignore the physicochemical approach to the explanation of the affairs of being. Instead, he gives more importance to the biological one.

Therefore, space and time are mind tools directly connected to existence for other planes of scientific knowledge. This challenge takes humans away from classical intuition and suggests that a part of the mind or soul is immortal and exists outside these categories.

In short, certain parts of science do recognize the soul, either because they associate it with poetic vision or because they reduce it to cognition. Others continue with the traditional perspective of denying it, while some current theories begin to think about its existence. This is due to new discoveries that account for the nature of being associated with time and space.

From Soul Science to Behavioral Science
These days, we talk about psychology as a behavioral science. However, etymologically, psychology means the science of the soul. Read more »