Spirituality: It's More than Psychology, But What Is It? 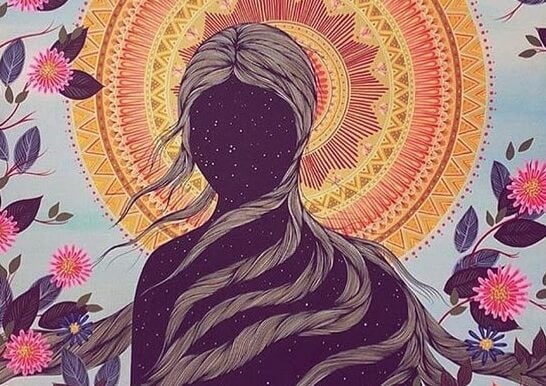 It’s not easy to define spirituality. It’s a word widely used within religions, which itself could be defined as the area of our lives where we can feel the presence of God.

We may think spirituality is the same thing as psychology, when we think about it separately from religious concept. From that point of view, spirituality would be composed by everything. All of the thoughts, feelings and emotions in us. However, this is not entirely accurate: spirituality is more than psychology.

“Spirituality needs to be cosmic, allowing us to experiment the mystery of existence with reverence. With gratitude for the gift of life. With humility in regards to the place the human being occupies in nature.”
-Leonardo Boff-

There are many philosophies and practices that define spirituality as everything that gives us a sense of transcendence in life. From this perspective, spirituality has to do with the practice of virtue or with the purpose of achieving a state of freedom or liberation. In any case, it has to do with reaching a higher degree of evolution.

Being spiritual outside of religion

It’s not necessary to believe in God to be a spiritual person. There are some people don’t think it’s enough to be a good person. They want to go further. They want their lives to reflect great human virtues or the big purposes of human life.

Of course, this situation involves the psychological world, but it goes beyond it. The sphere of spirituality is what we might call the sphere of ethics.

But let’s be careful with this, we’re not talking about morality, but ethics. Spirituality does not seek to fulfill social or moral mandates, but instead seeks the highest expression of values.

Many of those who exalt spirituality in their lives speak of “a higher power,” but they don’t necessarily understand it as a specific being. Instead they may view that higher power as nature, freedom, understanding, humanity or countless other higher concepts.

The importance of spirituality

Spirituality goes beyond the search for psychological well-being. It is not a method. Nor is it a way to overcome depression, anxiety and mental issues. However, one of the results of spirituality is indeed psychological balance.

Spirituality plays an important role in the rehabilitation of people with substance abuse problems, for example. Addicts’ values tend to have been worn down. They may get to a point where they’ll do anything in order to obtain the drugs.

For that reason, a good part of their rehabilitation process consists of bringing value back to great human virtues.

Spirituality has enormous power: it gives us the strength we need to meet our goals. It is much more than just willpower. It is based on conviction and the desire to transcend.

Many great men and women in history have found in spirituality the strength they needed to do great things. Their adherence to certain principles was so strong they were capable of overcoming huge obstacles. All to achieve the objectives they considered transcendent.

Spirituality in our everyday life

We don’t have to sign up for a yoga class or ask for an audience with the Dalai Lama to authentically connect with our values. And our purpose need not be to change humanity or be a role model of goodness. Primarily, the only thing we have to do is to listen to our inner voice.

In the end, spirituality is about fostering an awakening to be aware of ourselves and our place in the world. You may be a parent, but you are really an educator of new human beings. Besides being workers, we are each a part of the progress of a community, of a country, of a planet.

And beyond being citizens, we are part of a story where the consequences of tomorrow are the result of our actions today.

Being spiritual is a way of seeing, but it translates into a way of being. Opening our eyes to see ourselves and see the world around us gives us unusual strength. But it doesn’t happen overnight. It is the result of a long process of dwelling and and dealing with ourselves.

But being spiritual is also, without any doubt, the safest way to give real, profound meaning to our journey on this planet.

Jung’s Spiritual Awakening
Carl Gustav Jung is maybe not as iconic as Sigmund Freud in the world of psychology but his spiritual awakening has left an important mark on an society Read more »
Link copied!
Interesting Articles
Psychology
Multitasking, A Danger To Our Brain

Multitasking or doing several things at once is not a good habit for our brain. Although we commonly thing of it…

Psychology
Learn to Dominate Your Ego