The Hawthorne Effect: We Change When People Watch Us 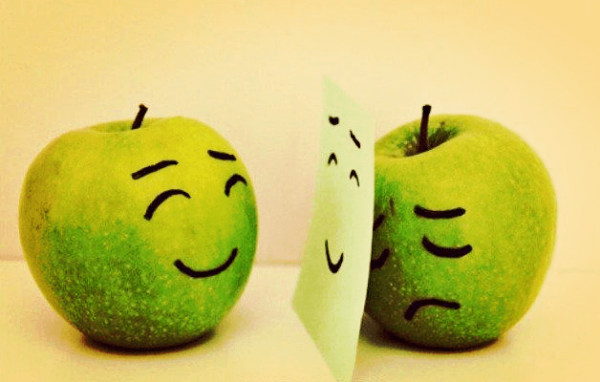 The Hawthorne Effect is what we call the change in people when they know they’re being watched. People started to talk about it after a study done in 1955 by the researcher, Henry A. Landsberger. Landsberger analyzed experiments done by Elton Mayo during 1924 and 1932 in a factory called Hawthorne Works.

In his experiments, Mayo wanted to figure out if there were any changes in worker productivity due to a change in the lighting. In the end, he realized that the lighting didn’t have any effect on the workers’ efficiency, as long as it was above a certain level.

“We’re one person when we’re alone, another with the people close to us, and yet another when it’s the powers that be watching us.”

Yet he did notice an increase in productivity for some of the workers. But it had nothing to do with the light. It was simply that the people who thought they were being observed became more productive.  Efficiency went up automatically when the employees noticed they were being constantly observed.

Mayo’s first conclusion was that the workers felt special for being chosen for the study. He thought this was what made them work more efficiently. The other factors like light, ventilation, and infrastructure didn’t have even the smallest effect on them. This is what he called the Hawthorne Effect.

Workers’ opinions of the Hawthorne Effect

To verify the Hawthorne Effect’s existence, the researchers interviewed the workers. They wanted to directly investigate what factor or factors the workers thought had caused their increase in productivity. What the workers said really surprised the directors of the study.

According to the workers, the decisive factor that made them more efficient was a noticeable improvement in relationships among them. Without realizing it, it seemed like the researchers had improved the work environment to get employees participate in the experiment.

A new branch of psychology formed because of these results: organizational psychology. They assumed that human relations were an element that played a decisive part in productivity. But the question of the subjects changing just because of the observation remained unanswered.

The Hawthorne Effect in today’s world

People have done other studies about this subject since that initial effort. But even now, none of them has been totally conclusive. Still, people accept the existence of the Hawthorne Effect as a positive psychological reaction to being watched during an experiment.

The effect is especially positive when the task we’re dealing with isn’t very complex. Otherwise, “the observation effect” can be very counterproductive for worker efficiency.

It appears that people imagine what researchers are expecting from them. They don’t see the point in acting normally, how they’d act in their ordinary routine. They think they should improve their behavior to the level the researchers must want to see. In other words, they line up their behavior with what they think it should look like.

Of course this doesn’t just apply to experiments carried out in work environments. We can also extend it to any kind of experiment with human beings. So the Hawthorne Effect introduces a research bias that any researcher has to keep in mind.

Other aspects of the Hawthorne Effect

The Hawthorne Effect is considered to be an especially problematic factor in medical research. Some patients, when they know they’re being observed, will say they’ve experienced improvement even though tests show otherwise. Objective clinical results prove it. The patient says they’re doing better, but medical tests say there hasn’t been any change.

The Hawthorne Effect, or behavior improvement, doesn’t just happen when a person knows someone is watching them. It also shows up in other circumstances, like when:

However, many people have cast doubt over how accurate our information on the Hawthorne Effect really is. It’s a concept that people are still studying. Many questions remain.

But it’s quite an interesting psychological phenomenon that we can use to improve people’s performance in different situations. And as we mentioned, this is especially true when people are doing simple, repetitive tasks.

It is hard to live, work, or establish a healthy friendship with extremely insecure people. How can you? In one moment, they are accessible and forgiving, but the next thing…

Leaving everything until the last minute is a way of life for many people. Those who procrastinate aren't able to…

Rafael Santandreu offers a valuable viewpoint regarding happiness and well-being.  He suggests that all fears are due to thoughts that…

Psychology
Close Some Doors to Open Others