The Future is Here: Quantum Computing 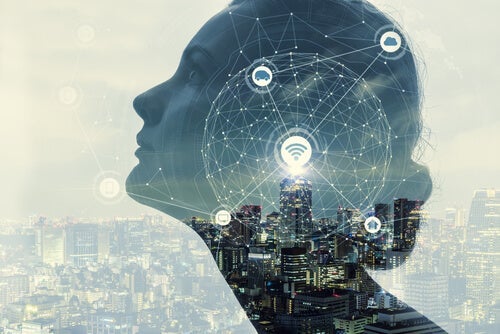 Nowadays, almost everything a computer does is based on a binary language, a series of zeroes and ones. However, these digits can’t combine themselves to store or process information. Because of this, the scientific community has been working on the next big thing: quantum computing. If you’re lucky, you could start living in a quantum age soon enough.

In this article, we analyze what quantum computing is and the advantages this disruptive technology could give to the world. Also, it could possibly end the current digital age.

Throughout history, humans have used science to understand how nature works and develop new technologies. At the beginning of the 20th century, studies based on certain physical phenomena paved the way for quantum mechanics, which explains how the microscopic world works.

Thus, quantum technologies would be based on these quantum principles of subatomic nature. The understanding of the microscopic world allows us to design technologies capable of improving people’s lives.

As we mentioned above, classic computing uses binary language. Every time you interact with a device, you create, modify, or destroy chains of ones and zeroes in a computer, known as bits.

Quantum computing uses a fundamental unit of information called qubit. Unlike bits, qubits can be any of the infinite states between 0 and 1. This phenomenon is known as quantum superposition.

It’s worth noting that this system change won’t make quantum computers faster than current ones. Nevertheless, these algorithms will allow computers to process information differently. For example, a quantum computer could change current cryptography.

The importance of quantum computing

There are already a few technologies that use quantum phenomena, such as laser or MRIs. Mayor breakthroughs in quantum technology will have a game-changing influence in practically every part of your life. For example, quantum computing will put at risk the authentication, exchanging, and secure storage of data, having a very big impact on cybersecurity or blockchain.

However, it could also push AI forward, give more secrecy to military communication, or allow submarines to travel without depending on satellites. The chemical industry could also use this technology to design new materials and chemicals and simulate reactions from physical components. In addition, merchandise distribution could be improved in logistics.

Thus, if quantum computing continues evolving, you’ll be part of the first generation that experiments the huge growth of calculation capacities. For now, labs are investing in it. Governments have a lot of interest in this new technology as well.

In 2017, the United States invested $241 million in quantum computing. China and Europe have lead enterprises of about $1.1 billion. World powers are eager to lead the technology race.

However, quantum computers are still difficult to build, store, and program. Even though there are already a few quantum computer models in the market, none exceed classic computers. In a way, the fight to get that “quantum leverage” is still ongoing.

The Digital Gap – What Is It?
This article is about the concept of "the digital gap". Pretty much from the end of the 20th century we've witnessed a technological advance. Read more »
Link copied!
Interesting Articles
Psychology Today
Grief and Coronavirus: The Pain of Delayed Farewells