The Fine Line between Modesty and Shame

Although modesty is related in some way to inhibition and shame, it isn't exactly the same. A modest person seeks to keep their private life separate from their public life. However, one thing is to want to hide away and another is to not want to share things. 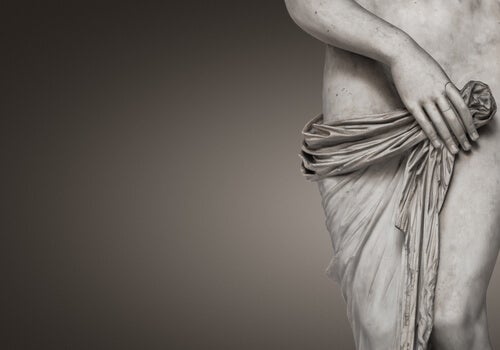 Modesty is a controversial issue. Some people consider it positive. They say it’s necessary to establish boundaries and protect yourself socially. Others, on the other hand, think it’s related with shyness or inhibition. They believe its disadvantages outweigh its advantages. However, there’s one overriding question we need to ask: is there a difference between modesty and shame?

Many people lament the fact that modesty has been lost and wish it could return. For others, freeing oneself from modesty is like removing a burden that had been preventing you from leading a full life, with all its many and varied experiences.

Some experts consider modesty that religion introduced it to people. Its first manifestation is in the Bible book of Genesis. Adam and Eve felt ashamed of their nakedness when they sinned against God for the first time. After that, there are a many references to modesty, always associated with nudity and sex.

People often associate the sense of modesty with religion. They directly link it to sexual intimacy and how people portray themselves sexually. All Christian theologians would condemn shamelessness, and most Christian believers would consider modesty to be a virtue. In the Muslim religion, however, modesty has really come to the forefront and they consider it to be one of the great attributes of women.

The Bible condemns witnessing the nakedness of the father or mother, as well as the brothers, sons, uncles, daughters-in-law, in-laws, and brothers-in-law. The aim of these teachings is obviously to try to prevent incest.

Approximately in the fifteenth century, people started referring to the genital organs as “shameful things”. By extension, the Christian church considers moderation, prudence, modesty, and all values ​​related to modesty as something positive.

Humanistic psychology, as well as several personalist philosophers, have a broader view of modesty. Here, we’re talking not only about nudity, but also intimacy in general. Therefore, being modest means guarding every part of your personal intimacy. The idea here to not to allow anyone to enter uninvited into the intimate areas of your life.

In the same way, they associate modesty with social and cultural barriers. These are the fruits of education and, in many cases, have to do with respect, both for oneself and for others. These limits can easily be broken by the things we say, do, or manifest to others. As a result of this, we devalue them.

This would be an extension of the concepts of private and public life. Some aspects have to do with the former, while others correspond to a wider sphere. Maintaining the separation between one area and the other is a healthy way of living, as it implies building different levels of trust. When there’s more confidence, there’s less modesty and vice versa. It’s simply a way of protecting the individual.

Psychoanalysis is not so far from humanistic psychology in this regard. In this approach, they make a clear distinction between shame and modesty. What they have in common is that, in both cases, there’s a feeling of inhibition towards the other person. With shame, the person feels exposed or laid bare in some way, while in modesty the person’s intimacy has been broken.

You feel shame when something that we intended to keep secret comes into the open. You also feel it when, for example, you’re speaking in public in a very formal situation, and, suddenly, you forget some vital information. Thus, you wanted to come across as an expert, but now people can clearly see that you don’t know that much after all! You’ve been left exposed.

The feeling of modesty, on the other hand, emerges when someone tries to break into the area of your personal intimacy, without having been given permission to do so. One example is if you’re getting changed and you notice someone else looking at you. Another is when you don’t want to share private information about your life when others ask you.

This makes you feel affronted, rather than ashamed. You didn’t want just anybody to see your naked body or know about your private life, but now it’s become visible to others. It doesn’t produce shame as such, but rather indignation, because someone has done something to you against your will or wishes.

Shame, A Restrictive Emotion
Shame is a restrictive emotion that wants us to become invisible and lose ourselves. Learn all about this emotion in this article! Read more »
Link copied!
Interesting Articles
Culture
Precautionary Principle: What Is It?

Culture
Life Among the Wolves: The Story of a Feral Child

Marcos Rodríguez Pantoja, a man from Spain who lived in the middle of nature with wolves as his only company as…

Nowadays, there are many different types of families out there. One of these is single-parent families. They're characterized by the absence…