The fern and the bamboo: a fable on resilience 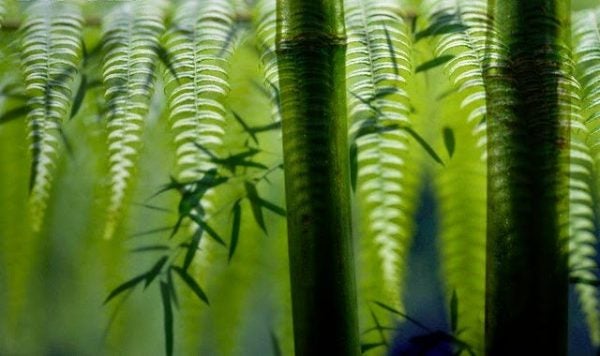 The fable of the fern and the bamboo tells us about a man who was going through a downturn. He was a carpenter, and he was doing very well. Then, a large furniture company came to their town. It had a lot of money, excellent machinery and many staff. Soon, they became a buzz in the place.

The factory made a record in furniture-making. They are also of very good quality. Furthermore, it sold them at prices lower than that offered by the carpenter. Things started getting worse for him. In just a couple of months, he already knew that he was on the road to bankruptcy. This troubled him.

“We must accept finite disappointment, but we must never lose infinite hope.”

To make matters worse, he also began to have problems with his wife. She was a school teacher, and her salary was not enough to support their three children. The carpenter tried to find a new job, but he failed. His wife blamed him, and this eventually also affected their children. They began having problems with their school grades.

The fern and the bamboo, a great lesson

The carpenter in our story was truly desperate. He was earning less money. Also less energy and less hope. His mind began to shut off. He could not see an escape. One day, he went for a walk to a nearby forest to reflect. He was about to know the secrets of the fern and the bamboo.

He was walking for half an hour through the woods when he met a kind old man who greeted him. He had a small house, and when he saw the carpenter, he invited him for tea. He noticed the trouble on the carpenter’s face and asked him what was wrong. So, the carpenter told him of his misfortunes while the old man listened to him closely and calmly.

When they finished drinking tea, the old man invited the carpenter to see a huge piece of land at the back of his house. There were ferns and bamboos next to the dozens of trees. The old man asked him to observe both plants and told him that he had a story to tell.

The promised story: the fern and the bamboo

The carpenter was very interested in what the old man had to tell him. The latter began the story. He said: “Eight years ago, I took some seeds and planted the fern and the bamboo at the same time. I wanted both plants to grow in my garden because both of them are very rewarding to me. I put all my effort in taking care of them as if they were  a treasure.”

Soon after, I noticed that the fern and the bamboo responded differently to my care. The fern began to grow and in just a few months, it became a majestic plant that adorned everything with its presence. The bamboo, on the other hand, was still under the ground, without showing any sign of life.

The old man continued with his story while the carpenter listened with great interest. “After one year, the fern kept growing, but the bamboo did not. However, I did not give up. I kept taking care of it with greater care. Nevertheless, another year passed and my work still, did not bear fruit. The bamboo had not grown.

The old man continued saying: “Neither did I give up after the second year, nor the third, nor the fourth. After five years, I finally saw a shy twig was sprouting out from the ground. The next day, it was much bigger. After a few months, it continued to grow and became an incredible bamboo of more than 10 meters. Do you know why it took so long for it to grow?

The carpenter thought for a moment, but did not know what to say. The old man spoke again and said: “It took five years for the bamboo to grow because the plant was working on taking root from the ground. It knew that it had to grow very tall and that was why it could not come out until it had a firm base that will allow it to grow well. Do you understand?”

The carpenter understood the message. He now understood that sometimes things take time because they are taking root. That the important thing is to persist and not to lose faith. Before leaving, the old man gave the carpenter a message that he could keep forever. It said: “Happiness keeps you sweet. Trials keep you strong. sorrow keeps you human. Failure keeps you humble. Success keeps you growing.”

Being sexually intelligent and living a satisfactory sex life doesn't depend on aspects like physical appearance or extraordinary seduction skills. We can all develop the necessary abilities to enjoy a…