The Feminine Archetypes and Transformative Anger

According to current feminine stereotypes, when a woman expresses rage, she's hysterical, crazy, unhinged, and nasty. On the contrary, archetypes represent different roles that are dreamlike and universal. In this article, we're going to discuss feminine archetypes. 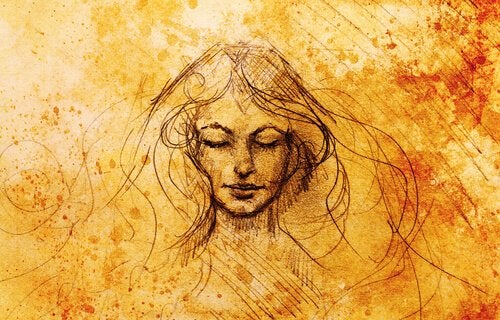 Archetypes are recurring elements of the unconscious, predispositions of the human psyche that correspond to emotional, behavioral, and cognitive patterns. These patterns determine your way of processing sensations, perceptions, and symbols.

To begin, you must know that the same elements of feminine archetypes (or any other archetype) appear over and over again in legends, religions, myths, dreams, and most other art forms throughout history. They’re collective symbolic models through which a series of experiences common to all find an outlet for expression.

They’re developed in a cultural environment and are inherited from generation to generation. Humans express them through emotional reactions, behavior, and projections towards others. However, most of the time people aren’t even aware that they’re quite active in the subconscious.

Psychiatrist and psychoanalyst Carl Jung originally proposed this social construct in his book The Archetypes and the Collective Unconscious (1959).

In the 80s, Jungian psychiatrist and analyst Jean Shinoda Bolen tore down the rigid schemes of psychoanalytic approaches towards women with her book Goddesses in Everywoman: A New Psychology of Women (1984).

Her work drastically transformed the world of female psychology by uncovering the forgotten archetypal patterns of goddesses from universal mythology.

Some archetypal goddesses, especially those linked to wisdom, seem to activate in us when we reach middle age. Among all those goddesses, two of them are this author’s favorites. They’re the ones we’ll discuss in this article.

Many of you will probably be able to recognize this powerful archetype that lives within your psyche. It seems women become more radical against injustice as they get older and, in a way, a lot wiser.

“The goddess Artemis had a twin brother, Apollo, the many-faceted god of the Sun. He was her male counterpart: his domain was the city, hers the wilderness; his was the sun, hers the moon; his the domesticated flocks, hers the wild, untamed animals; he was the god of music, she was the inspiration for round dances on the mountains.”

The goddesses of transforming anger are women who’re capable of expressing their anger. They neither deny it, repress it, nor direct it toward themselves. They’re fierce, protective goddesses.

They have a wild instinct but are also capable of transforming themselves into strong and serene beings. These two divinities, Sekhmet and Kali, were summoned to fight against the demons of the world and overcame its evil forces when no other deity could face them.

They were warrior goddesses who, on the battlefield, tipped the balance between life and death. They both have a divine yet demonic nature. Sekhmet almost destroyed the human race and Kali returned from battle with demons hooked to her skirts.

Both are frightening and can create life, preserve it, and destroy it. They know by their own experience the horrors of the world and are fierce when it comes to defending a cause. They’re the protectors of values.

Symbolism in These Feminine Archetypes

The archetype of the goddesses of transforming anger symbolizes indignation and anger at unjust personal or social situations. They represent anger at the face of intolerance and anger over the indifference to any being’s suffering.

Most women recognize many of these situations during middle age and react by hitting the table and saying: “Enough is enough!” When women are ready to act in order to change what they don’t like, the archetype activates inside of them.

The archetypal energies of transforming anger are the representation of fierce female compassion. Women enraged in protest against what’s inadmissible. Therefore, it’s when women decide to stop looking the other way. It’s the point of inflection that we all go through when we know things can’t continue the way they are.

Transformative anger is a very powerful archetype that you have to know how to recognize and control when it awakens inside you. Once activated, it’ll give you the type of energy that could devastate both yourself and those around you.

Anger must be balanced with wisdom so that it becomes transformative anger and shoots in the right direction. This isn’t about repressing your anger, hiding it, or denying it, as you probably were taught to do since childhood. It’s about learning to strike a balance.

The wisdom of experience will help you know how to stop the common first impulse of hitting back. Because an eye for an eye only leads to more violence and makes us all hostile and obsessive.

Women should channel this anger and transform it into organized and wise acts to change a fact, a situation, or an injustice. It’s about getting down to work and strategizing a plan that will lead you to reach your goal.

Without wisdom, anger only leads to more anger. Thus, the goal of transformative anger is to lead furious hearts to improve their own lives and create a better and fairer world.

Ancestral Wisdom: The Shaman Woman in Animated Films
A shaman is connected to nature and the spirit of all things. Read more about shawan woman in animated cinema in this article! Read more »
Link copied!
Interesting Articles
Music and Psychology
Richard Wagner: The Life of a Tormented Musician