The Fear of the Unknown is Quite Common

Fear of the unknown is quite common to a greater or lesser extent. Furthermore, it's often paralyzing and keeps you from moving forward. Continue reading to find out more about it, along with some guidelines for overcoming it. 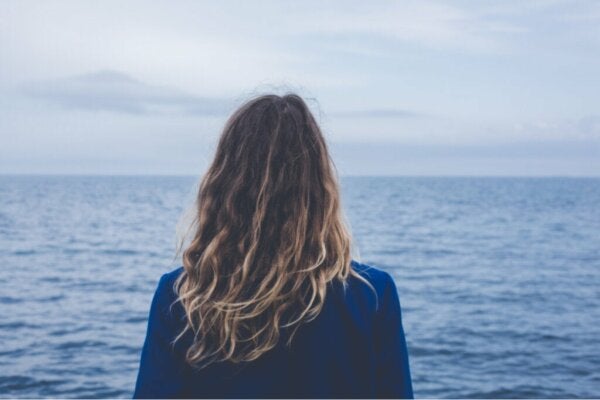 Fear of the unknown is one of the most basic and useful human emotions. It’s allowed us to face dangerous situations and to escape from them, facilitating our survival throughout the history of the world. You may not be aware of it but people learn valuable information after experiencing a threatening situation. People remember what endangered them and how they overcame it. On the other hand, some fears are related to a lack of information.

The fear of the unknown is a universal and intrinsic feeling. In fact, it’s a fundamental fear, according to specialists. Uncertainty is part of life, as nobody knows for sure what’s going to happen or how. In this regard, some people are better at confronting this feeling and they can approach it and consider possible resolutions. However, other people have a harder time going through the same situation and block their emotions.

Fear of the unknown

This kind of fear is also known as intolerance to uncertainty among psychology specialists. Thus, they define it as the tendency to experience fear when confronting something they’re ignorant about since they perceive it as dangerous. In other words, people are fearful when they find themselves in a situation or a stimulus in which they don’t know what’ll happen to them. This is because this feeling often comes along with the perception that it won’t be something pleasant.

Taking into account some individual differences, the origin of this fear is evolutionary. Ancient humans had to confront all types of dangers. They definitely learned from them even though the risk they took by going into unknown areas was considerable. You may not be aware of it but the human brain evolved to fear the unknown.

Uncertainty seems to be encoded in the brain and has its own neural system. Furthermore, one of the first filters through which information passes is whether an object or situation is threatening when you confront something new. To determine whether something is threatening, the neural networks access a kind of storehouse for memories of past experiences. The brain classifies it as a possible threat when it doesn’t find any information about it.

Some studies on fear of the unknown revealed it increases the activity of the amygdala and hippocampus. It also increases error-related negativity and activates the behavioral inhibition system. In other words, uncertainty causes fear and negativity and it’s paralyzing. It makes you want to run away from new situations.

This fear was and is an adaptive feature to the extent and it makes you act with caution before potential dangers. However, the intensity of fear can compromise other activities such as procuring food and shelter, finding new opportunities, and even meeting new people.

The paralysis caused by the fear of the unknown and its consequent impediments seems to make people more accepting of negative consequences. They’d rather do that than confront it. In addition, this kind of fear seems to be related to other psychological disorders such as anxiety, social phobia, obsessive-compulsive disorder, post-traumatic stress, substance abuse, and depression, among others.

Five guidelines to overcome it

Intense fear of the unknown can be the origin and consequence of other psychological disorders. It could limit your development in any personal, work, and social areas. Seek professional help if this is your case. In this regard, cognitive-behavioral therapy is the best option, as it helps identify and modify any thoughts that cause discomfort.

However, if the fear isn’t debilitating, then you can follow a series of guidelines to overcome it.

Here’s how you can begin to explore unknown terrain

Final thoughts regarding the fear of the unknown

This is a naturally unpleasant emotion. However, it can also keep you from reaching certain goals or from enjoying any surprises that might come your way. Thus, intelligent emotional management will help you take advantage of this emotion to promote your own interests.