The Fear of Insignificance, a Current Epidemic

Fear of insignificance is a modern epidemic. Read on to learn all about it! 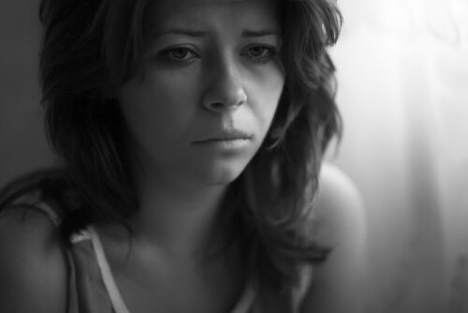 Fear of insignificance is a current epidemic. You have a tendency to compare yourself with others which might then make you envious. But you need a frame of reference to know if you’re in a place where you can survive or not. You might have done this up to now by comparing yourself to your family or people from your town or neighborhood. In other words, people who think like you do.

But now you might compare yourself to unreachable characters. Characters who are products of marketing. And when you compare yourself with them, you’ll inevitably “lose out”. Such is the fear of insignificance. And it’s pretty awful when you realize that most of these images are manufactured and fake.

Faced with this type of situation, it’s really important that you learn to have your own values and set your own goals. In a society that pays little heed to your inner feelings, this fear of insignificance has gained ground. Many people grow up not really knowing what’s important for them.

Influencers’ effect on the fear of insignificance

You’re living in a technological world which is becoming more technological by the day. You have the means to communicate, publically or anonymously, on a global level, at your fingertips.

Social networks give you a space to express what you think and feel. They’re used by brands in approaching people and by people in approaching brands.

Companies are increasingly spending money in order to increase their community of active social media followers. They want them to recommend their products and services instead of advertising directly. More and more companies are banking on this method and more and more are willing to pay for it.

The majority of influencers are brands in disguise. But projecting fake lives and lifestyles, that’s not influencing. That’s a dangerous process whereby influencers both project and recommend distorted images. We must remember the importance of education, responsibility, and personal effort. We’re confusing our young people. We live in a world where people want to be brands and brands want to be people.

Normality makes the world go around. As a species, our evolution has been marked by normality. But at present, there’s a growing devaluation of normality, despite it being one of the basic pillars needed for our society to function.

More and more parents want their children to excel in some way, whether it be sports, school, music, etc. The problem is that they’re willing to pay a very high price to achieve this. In fact, in some cases, they aren’t even aware they’re paying a price. This increases the fear of insignificance. Our goal should be to give children the idea that they’re responsible for the goals they choose to pursue, along with all that goes with it.

Being important in society doesn’t guarantee well-being or happiness. In fact, it’s more likely to prevent it. But these new social epidemics tend to divert you from yourself and your own goals. You’re constantly bombarded with alien goals or those of other people, creating both dissatisfaction and non-existent needs inside yourself, thanks to excessive consumerism.

In an episode of the Spanish TV series, Gente Hablando (In English: People Talking) a father tries to convince his partner to buy a very expensive space suit for his son, who says he wants to be an astronaut when he grows up. The father believes the spacesuit will help the boy realize his dreams whilst the mother feels it will lead to frustration. The couple considers the stigma of mediocrity and how parents exercise self-realization through their own children. In this discussion, you witness the conflict between reason and parental feeling.

4 Ways to Fight Mediocrity
Mediocrity is an attitude and lifestyle choice. It's not bad because it's a defect, it's bad because you allow yourself to do the minimum acceptable. Read more »
Link copied!
Interesting Articles
Psychology Today
Our Health Workers Need Psychological Support

Psychology Today
The Importance of Touching and Being Touched

The importance of touching and being touched by those you love is more than just biological. It's part of human…