You've probably heard of influencers, but do you know the characteristics it takes to be one? Read this article to find out! 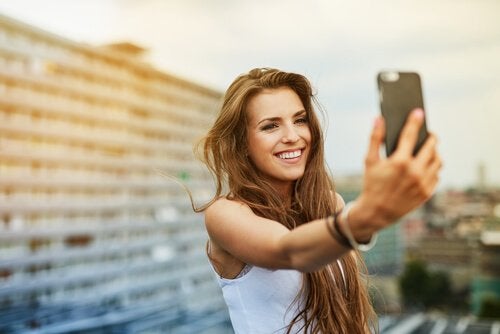 Our ways of communicating with each other multiply with each new technological advance. There are all kinds of ways for us to express what we want to say. We used to just write messages, but now we can make whole sentences with emoticons.

These new forms of communication have also given us new ways to get people’s attention. One of those is digital marketing, which is a field that involves using ad campaigns to attract customers to a company’s products. But it’s done in a digital setting, which means companies are now using social media to spread their advertisements.

There’s an even more recent form of reaching large groups of people: influencers. Digital marketing agencies use them to promote products, but also to share messages about motivation and personal growth or even just to talk about their life experiences.

One of the main characteristics of influencers is that they’re creative or original in some way. They know how to grab your attention. This is how they build up followers, people who want to know their every move. They post photos, videos, and comments and capture our interest because they find original ways to share great ideas.

This is how many influencers have become powerful spokespeople for specific ideas and companies. They think carefully about what they say, but also how they say it. They know that their audience looks for this specific way they have of expressing themselves, this thing that makes them unique.

But creativity is just as important for an influencer as intelligence. They need to know how to adapt to both their current and potential audience. Basically, they have to have a consistent stream of content so that people are constantly looking at their profile.

Trust: One of the most important characteristics of influencers

Many influencers earn their followers’ trust. The companies that hire them to promote their products are well aware of that. They assume that an influencer’s followers will follow their recommendations, even when they know that they’re being paid to promote that product.

So, to maintain their credibility, lots of influencers say that they only sign contracts with companies whose products they truly like.

It may sound strange, but we really do work that way. For example, we tend to give more credibility to people who are successful or who we consider attractive. The opposite is also true. Then there’s the number of followers an influencer has. If they have a lot, it’s easy for people to follow their recommendations. We tell ourselves things like: “If they have so many followers, they must be right.”

Influencers are assertive. They know their rights and other people’s, and communicate with that in mind (or at least project that image). Assertiveness helps them communicate effectively enough so that their followers end up following their recommendations. Ultimately, this is a good quality for them because:

Assertiveness, or seeming strong and free in the face of obstacles, is one of their most defining traits. Think about it: who would follow someone who only says what other people tell them? Having their own personal opinions and ideas and being assertive about them is one of the clearest characteristics of influencers.

Influencers also project an image of responsibility. It goes hand in hand with their commitment and identification with their message. Their followers usually think influencers are completely conscious of what they’re saying and that they’d only say bad things about someone who deserved it.

But responsibility goes beyond image. It also has a lot to do with their awareness of their audience. Influencers often start to feel indebted to the people who follow them. They’re usually conscious of the fact that most of their income comes from their followers.

Whether it’s natural or learned, influencers are great at interacting with people. Companies want them for their followers (potential customers), but that’s not the only reason. They also like that influencers have this ability to maintain a relationship with their current followers and gain more.

These two qualities make it easier for them to create bonds with other people. So, they tend to be good at following cultural trends and interpreting the current reality and their followers’ needs.

Being an influencer isn’t easy. It takes time, effort, and dedication. It also takes a long process of gaining the trust and interest of potential audiences. If it’s hard to get there, it’s even harder to stay there.

Many influencers can’t handle the pressure and end up giving up on the attention they wanted so badly. Behind the scenes, it’s a really hard “profession” you have to know how to manage.

“Because to influence a person is to give him one’s own soul.”

The Psychology of Advertising
Have you ever seen an ad on television that moved or touched you in some way? Do you think of a certain commercial and tear up? The effect that the ad had on you can be attributed to the psychology of advertising. Read more »
Link copied!
Interesting Articles
Literature and Psychology
The Boy Who Showed Us That Reading Is Medicine