From Survival to Personal Growth: Self-Realization 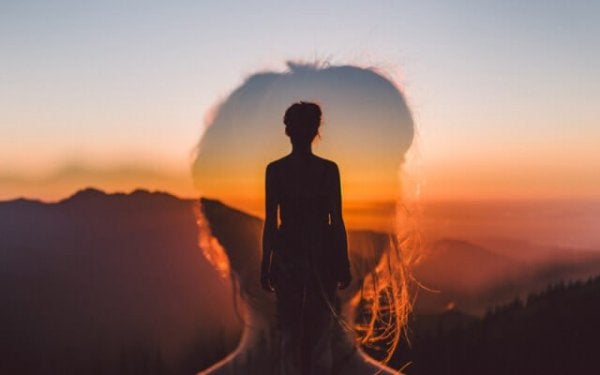 Darwin taught us that we all come into the world with a set of resources that help us survive, some way or another. Like Abraham Maslow said, survival is the foundation, and self-realization is at the top of the hierarchical pyramid of our needs.

Abraham Maslow was very interested in the traits of people who function in a more fulfilled, healthy, adjusted, and well-adapted way. According to him, everyone has the potential for self-realization, motivated by intrinsic desires to become the best kind of person they could be.

Eduardo Punset explains that, unlike other animals, our life cycle allows us to set two different yet related goals. One is the upkeep and care of one’s body. And the second is be happy. The increased life expectancy of our species plays favorably into the second.

In 1963, Abraham Maslow started to see that self-realized people have some traits in common.

Maslow used the term “peak experience” to refer to moments of intense self-realization. Here you have the feeling of being connected to your surroundings. And then psychologist Mihalyi Czikszentmihalyi (1975-1988) developed the concept of flow.

Flow means those times when your perception is very clear and you lose all sense of time. You feel something like admiration, awe, even ecstasy. It may happen passively, while listening to a song or contemplating a work of art. That said, flow usually happens when a person is completely immersed in an activity.

Flow is made up of a few major components:

“The main goal is intimate self-realization of the Self, which shouldn’t be neglected for secondary goals. And the best service one can give others is the liberation of oneself.”
-Buddha Gautama-

The truth is that you can reach a state of happiness and self-realization through a conscious process. It happens when your attention is focused on “something” that later produces a pleasant sensation.

Csikszentmihalyi used the word flow to describe intense but effortless concentration, even while having fun. It is rarely motivated by external factors at the beginning, and never at the end.

But such experiences don’t have to be pleasant. As the author says, when we flow we’re not happy, but we can’t be happy without these experiences of flow. Remember that happiness is intimately related to our internal states. Flow implies that you are focusing completely on the task.

“In a certain sense, people in a state of “flow” are not aware of the experience at that present moment. However, when they reflect, they feel that they have been fully alive, fully realized, and involved in a ‘peak experience’.”
-Gardner, 1993-

The three steps to flow

Csikszentmihalyi’s philosophy sees the verb “to live” as a harmonious fusion between doing, thinking, and feeling. Setting goals and reaching them without feeling like it’s a sacrifice doesn’t just help you get to the top, self-realization, but also to flow towards happiness.

“If you want to understand the word ‘happiness’, you have to view it as a reward and not as an end.”
-Antoine de Saint-Exupery-

Let Everything Flow and Nothing Get In Your Way
Read more »
Link copied!
Interesting Articles
Educational Psychology
Five Common Mistakes in Children's Education

Psychology
3 Ways to Motivate Yourself to Exercise

To start, let's clarify some things about exercise. You have all the right in the world to have extra weight, be…

Psychology
Anxiolytics: The Pills That Live on Nightstands Everywhere

Anxiolytics are medications doctors prescribe to help control anxiety. Some people also call them "alcohol in pill form", alluding to their…