The Fascinating Theory of Quantum Consciousness

The theory of quantum consciousness is a fascinating possibility, which opens countless doors to research. Is what we call "reality" just an illusion of our mind? That is what this theory is alludes to. 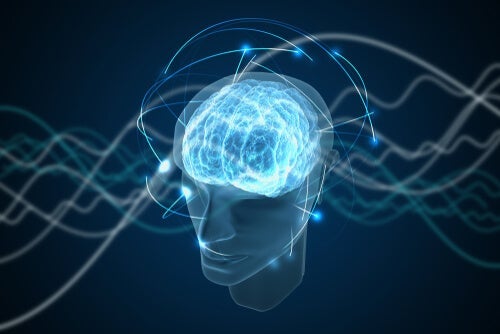 The theory of quantum consciousness can be a bit complex for those who haven’t mastered the science behind quantum mechanics. It truly is a tangled but absolutely fascinating web at the same time. Although many of its postulates are still in the hypothesis phase, enough knowledge has also been accumulated to make it a highly respected field.

Let’s start by saying that physics had two great revolutions at the beginning of the 20th century. One was Albert Einstein’s famous theory of relativity. The other was quantum physics. Relativity was a milestone but quantum mechanics completely transformed the way we understood the world.

Quantum mechanics was intended, in principle, to explain all those phenomena that occur in the world of extraordinarily small objects or elements. In doing so, they gradually came across great surprises. This is where the theory of quantum consciousness kicks off.

When technology made it possible to observe subatomic particles (In other words, those that make up atoms and which are infinitely small) a series of strange phenomena, to say the least, were discovered.

What did physicists find, and how does this relate to the theory of quantum consciousness? First of all, let’s talk about the findings, which were the following:

Physicists initially thought that perhaps subatomic particles behaved this way because they were too small. This made factors like air, or similar, change their trajectory and make it unpredictable. However, an experiment was conducted that raised new questions.

The double-slit experiment, or Young’s experiment, is at the core of the theory of quantum consciousness. The subject is a bit complex, but let’s try to simplify it as much as possible, with the permission of the scientists.

Physicists thought that if they reduced the interfering factors in the trajectory and impact as much as possible, they would make a “fired” object behave like a tiny particle, which was also “fired”. To achieve this, they used two grids, each with two openings, and fired objects and particles through them.

However, the particles inexplicably ended up forming a pattern of well-organized horizontal bands, whereas the object didn’t. It was also observed that the particles could pass through the two slits, simultaneously. Then, the researchers covered one of the slits and, in this case, the particles did behave just like the fired objects.

The scientists concluded that the particles worked like waves and not like small solid objects. Waves of what? They called them “probability waves”. What the researchers proved beyond any doubt is that the world of the infinitely small behaves differently. It operates with a different logic.

The theory of quantum consciousness

For didactic purposes, we have to keep simplifying very complex topics. Let’s skip a series of important concepts and just say that physicists managed to detect that the presence of an observer modifies the way subatomic particles behave.

It seems as if nature changes the way it behaves when we observe it. Physicist Pascual Jordan puts it this way: “We produce the results of the measurements ourselves. In other words, the very act of observing reality causes it to change”.

Thus, we’re basically unable to perceive reality as it really is. There’s no such thing as “objectivity”. We describe and measure what we perceive, but the mere fact of observing something makes it change. Werner Heisenberg put it this way: “What we observe isn’t nature itself, but nature exposed to our method of questioning”.

This means, quite simply, that there’s a whole universe full of phenomena that we can’t see, hear, nor perceive. And, to cap it all, several physicists have even postulated that the brain also exhibits quantum behavior.

According to the theory of quantum consciousness, we’re creatures with two eyes, but we’d need many different lenses to see what really happens in what we call reality.

The Quantum Mind: How We Can Transform Our Reality
We all have the power to transform our reality and choose the hopes we nurture. But, it's necessary for us to understand what the quantum mind is first. Read more »
Link copied!
Interesting Articles
Theories
Anchoring Effect: Theories and Factors