The Eranos Circle: Symbolism and Existence

The Eranos Circle emerged during the 1930s as a reaction against the ideological and cultural extremisms of the time. Its goal was to seek new horizons on a scientific and philosophical level. 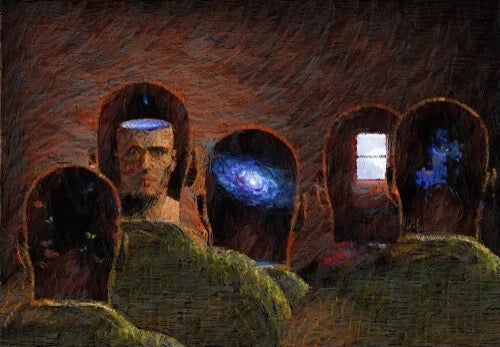 The Eranos Circle is one of the organizations that have been influential in the field of psychology and philosophy. Like the Vienna Circle, it was an interdisciplinary movement that sought to uncover new horizons. However, it differed from the Vienna Circle in that it focused on Eastern ideas.

The Eranos Circle emerged in the 1930s. This was rather a difficult time due to the conflict between ideological and cultural extremisms. A variety of scientists and philosophers made up the organization. They all wanted to discover the connections between Eastern and Western thought. They used to meet up in Ascona (Switzerland) by Lake Maggiore.

Eranos takes its name after an Ancient Greek word. The word mean means “a banquet to which the guests bring contributions of food, a no-host dinner”.

The organization was made up of three fundamental members. They were Rudolf Otto, Olga Fröbe-Kapteyn, and Carl Gustav Jung. Starting in 1933, they began to meet and hold annual conferences. Some of these lasted for eight days. Later on, certain works and texts merged from these meetings. Among the organization’s goals were the search for meaning, the balancing of opposites, and integration through the symbol.

“No science will ever replace myth.”

Stages and periods of the Eranos Circle

On a more general level, there are two main periods. The main one, from 1933 to 1988, and the new one, from 1989 to 2016. Different professional figures stand out in each of the two periods. However, in both eras, the organization’s goal was the exploration of symbolic dimension and the meaning of existence.

The organization still operates today. However, large annual events are no longer the main focus of their activities. Those glorious years have gone. Nevertheless, they still aim to link together the knowledge of various cultures. Therefore, they still hold lectures and produce material in the hope of resurfacing at a more significant level once more.

The pillars of the Eranos Circle

The organization’s role was basically to establish relationships. The participants could then exchange knowledge with each other. Furthermore, during the eight days of the annual meetings, the participants all slept, ate, and lived together.

Each year, they established a theme and a speaker. Then, they all discussed the chosen subject in detail. The synergy was provided by the three organizers who together formed a symbolic triangle.

Rudolf Otto was a renowned German Protestant theologian. He studied comparative religions. Otto chose the name of the organization. In addition, he also motivated any discussions on the topic of religion.

Otto based his works on the study of sacred issues. For example, how non-rational human experience is presented in different cultures in different ways.

She was an Anglo-Dutch spiritualist and theosophist. As well as being the founder, she was in charge of welcoming all the guests to her residence, where they held the annual meetings.

Olga Fröbe-Kapteyn studied the mysteries of Indian philosophy and meditation in depth. In addition, she linked herself to the ideas of the time, such as Gestalt theory and ideas of interculturalism, as studied by authors such as Richard Wilhelm.

Jung was probably the most prominent member of the Eranos Circle. That’s because he was so influential on the subject of thought at the time. Hence, this Swiss psychologist formed the third vertex of the triangle. In fact, he was considered the greatest inspiration behind the themes and reflections of the meetings.

Jung had always been very curious about different cultural expressions. Furthermore, he theorized about their connection with the idea of a collective unconscious. Thus, his participation in the organization was key. In addition, many of his great works were influenced by multidisciplinary exchanges.

The Eranos Circle and symbolism

The members of the Eranos Circle agreed that human beings are united by the symbolic, the primitive, and the spiritual. However, these connections tend to be expressed in sometimes chaotic and sometimes hidden ways in different cultures. However, they’re all seized by a unilateral dogmatism that exists in both the East and the West.

The organization’s purpose was clear. It was to connect up the symbolic, which tended to be expressed in less rational ideas, like that of God.

The Jungian interpretation of religion greatly influenced the other members of the Eranos Circle. Jung took up the concept of the interactive soul of Aristotelian philosophy. This philosophy suggests that the soul, in essence, is the ability and the driving force of man to know his environment. On the other hand, archetypes and the collective unconscious explain certain spiritual roles and needs that transcend generations and history.

The legacy of the Eranos Circle

The foundations of the organization were based on topics such as meditation. Indeed, they sought to reveal man’s bond with his soul and nature. They used a plural approach, and at no point took a one-sided view. This way, they managed to make a link between meaning and emotion.

Topics varied from the abstract to the transcendental. Indeed, they encompassed themes as diverse as the adaption of humans to the city, migration, and the challenge of new times.

Another of the organization’s legacies was the expansion of the boundaries of knowledge by this group of academics. Furthermore, unlike other organizations that were only able to discuss certain subjects under rigid premises, members of the Eranos Circle managed, in their meetings, to find methods of exploring the unknown.

Today their mission cuts across continents. In fact, most followers of the Jungian school profess their openness to the contemplation of the unknown. It’s a fascinating fact that this group of people, who didn’t really fit into any other organization, ensured that their ideas continued to live on. In fact, they still continue to guide people today.

“A crucifixion of the ego, its agonizing suspension between irreconcilable opposites…”

Jung’s Spiritual Awakening
Carl Gustav Jung is maybe not as iconic as Sigmund Freud in the world of psychology but his spiritual awakening has left an important mark on an society Read more »
Link copied!
Interesting Articles
Philosophy and Psychology
Sartrean Existentialism: Who We Really Are