Not Wanting and Not Doing in Eastern Philosophy

The keys to eastern philosophy are contained in the Tao, a book that has had an impact on many cultures, at various historical moments. According to it, not doing and not wanting lead to more power and less suffering. 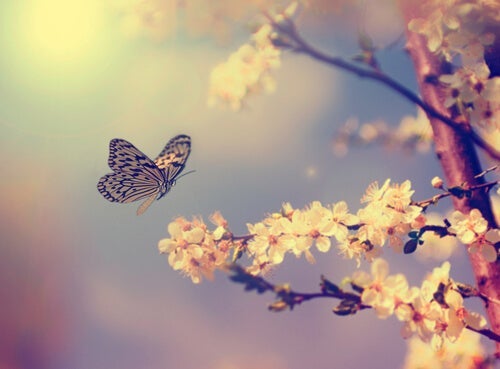 To Westerners, not wanting and not doing might seem crazy. In fact, people in this culture do the exact opposite: they want all sorts of things and can’t sit still without feeling guilty about it. However, stillness and detachment are two keys to eastern philosophy. It’s precisely what makes both cultures so different from each other.

In Zen and other Eastern philosophies, not wanting and not doing is a source of power. In contrast, attachment and the desire to influence everything, or react to everything, noticeably weakens a person. These two keys in Eastern philosophies are sometimes misunderstood, though. They’re mistaken for neutral passivity or conformity.

Also, some people feel that life without desire isn’t worthy, or that it’s boring. Intense emotions are a goal for many Westerners. Almost to the point that they come up with many ways to put themselves in danger, just for the pleasure of being shocked internally. It makes you wonder how valid these two keys of Eastern philosophies are for a Westerner.

“As soon as you have made a thought, laugh at it.”

Not wanting and not doing

Detachment and contemplation are key in eastern philosophy. This can be clearly seen in Tao Te Ching, a book appreciated by most cultures at various historical times. It states that “the soul without desires sees what’s hiding; the soul that desires sees what it desires only”. This synthesizes the Eastern perspective on attachment.

For Westerners, desire drives action. This in turn is what gives rise to achievement. And achievement is equivalent to bliss. Thus, why is inaction one of the keys of Eastern philosophy? As Tao Te Ching points out, Easterners think desire distorts the perception of reality. It leads to self-deception and enslavement. Somehow, reality seems to prove them right. When you want something, you act and you achieve it. However, there’s often a void that calls into question the desire itself.

When faced with inaction, Tao Te Ching points out another key to Eastern philosophy. “Can you keep the water still and clear so it reflects without blurring?” What this means is, not doing allows reality to manifest itself more transparently. It makes it visible. The action, on the other hand, interferes with the natural flow of things. Therefore, you arrive at the truth more expeditiously when you contemplate reality and let it be.

Not wanting is one of the two keys of Eastern philosophy

For Eastern philosophy, the absence of desire leads to great power. Anyone who wants something, in one way or another, becomes a slave to that appetite, goal, or desire. You make your life dependent on having or achieving what you want. Then, on not losing it or finding ways to keep it.

This, in itself, is a situation that leads to distress. This unwillingness of Eastern people is analogous to the Western phrase that says that a wealthy person isn’t one who has a lot but one who needs little.

The power to surrender anything you have provides you with strength. You neutralize or nullify any form of conditioning based on fear of losing something. A good part of your Western anxiety comes precisely from the fear that things won’t go your way. That you won’t achieve what you want or, perhaps, that the undesirable will occur. In fact, the undesirable is so because it implies the deprivation of something you classify as important to you.

Don’t do, as it’s a source of truth

The not-doing that Eastern philosophy teaches doesn’t refer to being frozen in the face of all circumstances. Rather, it’s the sort of not-doing that’s related to allowing things to follow their own course. This is based on the conviction that every reality in the universe has its own dynamics and shouldn’t be interfered with.

Doing nothing is one of the keys to Eastern philosophy because it establishes that whatever will be will be. You can intervene, but this won’t alter the essential course of events. Some energy you spend in vain because it won’t significantly change reality.

Not wanting and not doing are ways to get to the truth. This is a truth in regard to yourself and the universe that also dwells within you. These concepts allow you to capture everything in a more transparent way and help you be freer. Easterners call to cultivate these powers, mainly to avoid suffering.

Self-Defense According to Eastern Philosophy
In this article, we're going to tell you some of the principles of self-defense according to Eastern philosophy, and how to apply them to your life. Read more »
Link copied!
Interesting Articles
Philosophy and Psychology
What's the Relationship Between Buddhism and the Ego?