The Effects of Religion on the Brain

Both praying and meditating are associated with decreased activity in the parietal lobes; which are responsible for the processing of temporal and spatial orientation. 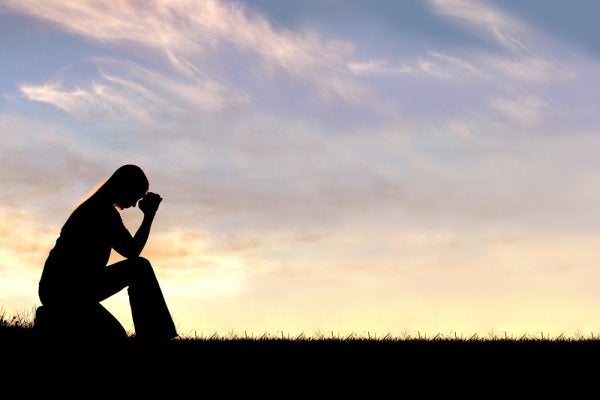 No matter each person’s religious beliefs (or lack of them, for that matter); one can’t deny that the effects of religion on the brain must be interesting to learn about. In fact, some religious beliefs are based on scientific facts that can be measured accurately.

There have been plenty of pieces of work on the effects of praying on a person’s well-being. There have been various investigations in the field of neurotheology (the neuroscience of theological belief). Actually, they’ve made some surprising discoveries that can change the way in which we understand spirituality.

For example, investigations have shown how religious belief can increase life expectancy and help better cope with illness. This is something most of us have seen at least once. On the other hand, some scientists suggest that religious experiences activate the same brain circuits as sex and drugs.

Now, interestingly enough, some effects of religion on the brain can be measured accurately. Neurotechnology has made interesting discoveries revolving this topic.

“Just as a candle cannot burn without fire, men cannot live without a spiritual life.”

The conflict between two networks in the brain

The perceived conflict between religion and science has been standing for decades now; from lectures in ancient Greek pantheons to discussions in Internet forums. Professor Jack and other collaborators conducted a study at the University of L’Aquila. In it, they concluded that the origin of this collision actually begins as a conflict between two brain networks.

This is what the study found. On one hand, those who saw religion as an essential part of their lives seemed to suppress the brain network used for analytical thinking, and instead, they used the network in charge of empathic thinking.

On the other, however, those who didn’t follow religion seemed to have suppressed their empathic thinking in favor of analytic thinking.

According to this piece of research, it’s difficult for these two networks to balance themselves since they ‘face’ each other very frequently while working. However, researchers say that in neither of these ways of thinking can one find the answer to the world’s biggest questions.

Our own nature has allowed us to explore our experiences using both ways of thinking. According to the authors of the study, understanding the interaction between these two thought patterns could complement both.

Religion and the brain circuits of reward processing

A recent study from the University of Utah stated that religion can activate the same brain reward circuits as sex, drugs, and other addictive activities. The study explored how brain networks activate when a follower of religion goes through a deeply spiritual experience.

The researchers examined the brains of 19 young Mormons using a functional MRI scanner. When they asked the participants if and to what extent were they “feeling the spirit”, those who reported more intense spiritual feelings showed greater activity in the bilateral nucleus accumbens.

These brain areas of pleasure and reward are also active when we participate in other kinds of activities. For example, sexual acts, listening to music, playing games, and taking drugs. The participants also reported feelings of peace and physical well-being.

“This is my simple religion. There is no need for temples, no need for complicated philosophy. Our own brain, our own heart is our temple. The philosophy is kindness.”

Effects of religion on the brain: different religions, different effects

Neuroscience professor and director of the research department at Marcus Institute of Integrative Health at Thomas Jefferson University Andrew Newberg explained that the effects of religion on the brain will always depend on the kind of religious practice we’re referring to. In other words, different religions activate different brain areas.

According to Newberg, it doesn’t matter if we’re referring to a Buddhist who meditates or a Catholic nun who prays. After all, they both have greater activity in the frontal lobes of the brain.

These areas are associated with greater focus and attention, planning skills, the ability to project into the future, and coming up with complex arguments. Additionally, both praying and meditating are associated with decreased activity in the parietal lobes; which are responsible for the processing of temporal and spatial orientation.

However, nuns, for example, show greater activity in the areas of the brain that process language. This happens due to the fact that they pray using words instead of relying on visualization techniques such as meditation. This affirmation shows just how complex the effects of religion on the brain can be.

On the other hand, other religious practices can have the opposite effect in the same areas of the brain. For example, Dr. Newberg took part in a recent study regarding Islam prayers (whose central idea is surrendering oneself to God).

He found that depending on their intensity; they can reduce activity in the prefrontal cortex and the frontal lobes connected to it. Not only that, but it also diminishes activity parietal lobes.

The prefrontal cortex plays a big role in executive control, intentional behavior, and decision making. That being said, researchers suggest that it makes sense for a practice that focuses on delegating control to end up resulting in less activity in this area of ​​the brain.

The brain and religion: how does the mind come up with a spiritual experience?

A study focused on Vietnam veterans showed that those who had been injured in the dorsolateral prefrontal cortex were more likely to have experienced mystical experiences.

As James Giordano explains, these parts of the brain control our sense of self in relation to our surroundings, as well as our bodily integrity; hence the out-of-body sensations and perceptions that many followers and believers of religion talk about.

Likewise, Giordano states that if humans were to join a mystical experience, you could say that there would be a change in the activity of the left and right temporal lobe network. We must note that the parietal lobes are also the areas in which Newberg’s studies found less brain activity during the act of praying.

“Religion is one tree with many branches. As branches, you may say, religions are many, but as a tree, religion is only one.”

Spirituality: It’s More than Psychology, But What Is It?
Religion is not the only context where we can talk about spirituality. From the philosophical point of view, this word can have other meanings. Read more »
Link copied!
Interesting Articles
Philosophy and Psychology
The Nuances of Atheism