The Difficulty of Making the Decision of Seeing a Psychologist

Psychotherapy is a beneficial tool, and a lot of people are aware of this. However, in many cases, they're reluctant to go see a psychologist. Why does this happen? 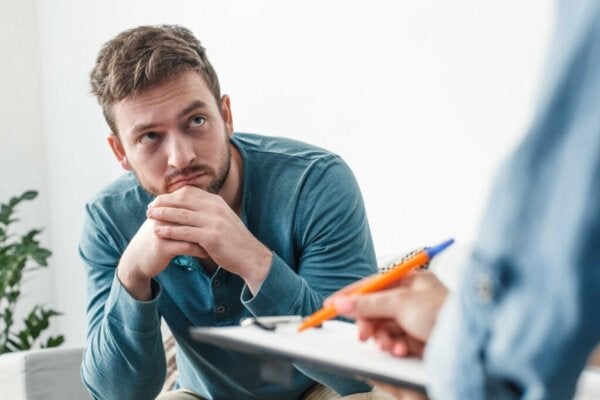 When a person suffers from a physical ailment, they go to the doctor without even questioning it. Think about it. If your teeth hurt, you’ll more than likely see a dentist. If you want to be healthier, you’ll probably decide to go see a nutritionist. Similarly, many people’s New Year’s resolution is to join a gym and start working on their physical health. So why is it so complicated to do the same for mental health? Why is making the decision of seeing a psychologist so hard?

Many people experience high levels of emotional distress without really being aware of where it comes from and how they could make it better. They know psychologists exist but they aren’t sure what would happen if they were to go. However, others are fully aware of the advantages that psychotherapy offers and still refuse to use this valuable resource. What are the reasons that prevent most people from learning about their inner world? Is seeing a psychologist still taboo? Let’s see.

Nowadays, the general conception of psychology is very different from how it used to be. When it comes to this science, people are definitely more open-minded now. However, sadly, a certain stigma still falls on it. Basically, an important part of the population still considers that only “crazy people” go to therapy. In their eyes, only people with serious mental illnesses see psychologists.

People are sometimes reluctant of going to therapy because they’re scared people will judge them. In other words, some might think that seeing a psychologist would be admitting they’re seriously damaged, which can be embarrassing.

The reality is that psychotherapy is a tool that can help you know yourself better and teach you how to manage your own thoughts and emotions. For that reason, it’s extremely useful and beneficial for anyone. Additionally, it can teach you to communicate more efficiently and achieve greater balance and inner well-being. Those who have the courage to grow on a personal level with the help of a professional should be proud.

Fear, a great obstacle for seeing a psychologist

Fear is a powerful emotion that can prevent you from moving forward in many areas of your life. If you ask yourself why making the decision of seeing a psychologist is so taxing, fear is often the answer.

Fear of the unknown, of the uncertainty of not knowing what’s going to happen in the consultation, of not knowing if the therapist will be able to help you. However, it’s usually the fear of facing your inner demons the one that weighs the most. After all, reliving old wounds isn’t easy.

Oftentimes, many of the arguments people use to justify why they don’t go to the psychologist, despite suffering, are mere excuses to hide the truth. Basically, they’re afraid to face themselves. And rightfully so, as delving deep into oneself is a scary thing to do. However, running away from oneself is actually scarier. No one should deprive themselves of learning about themselves and growing from it.

On certain occasions, some people think seeing a psychologist is pointless because they’ve heard therapy horror stories from other people. Perhaps they have friends who went to therapy and only got bad results. When this happens, it’s important to analyze the situation to learn what went wrong in that particular experience.

On one hand, it’s possible that the person who went to the psychologist had poor expectations of what the therapy would entail. A psychologist is a guide, they’re there with you helping you to move forward. Nonetheless, you’re the one who does the work, there are no shortcuts or magic recipes. Healing and growth requires involvement and perseverance, but the payoff is great.

On the other hand, perhaps the person didn’t click with that specific therapist. Either because of the methodology or the current that they used didn’t suit their needs. This happens a lot, so it’s vital to keep in mind that you’re in control of your therapeutic journey. If you don’t like the psychologist you’re currently seeing, you have the utter freedom to find another one. Quitting as a whole isn’t the solution.

Perhaps resistance is what’s keeping you from seeing a psychologist

Everything we mentioned previously is very true. However, there’s one reason that underlies all of the above, the one that acts as the biggest obstacle: your own resistance. You might be aware that you need help, you know you’re facing a tough situation and you believe therapy can be greatly beneficial and, despite that, you’re unable to take the step.

This happens because the human being is an animal of customs and habits. It’s difficult to get out of the comfort zone, we’re aware of this. Change and uncertainty are terrifying, undoubtedly. If this is what’s happening to you, don’t hesitate to go the other way. Don’t let your unconscious fears hold you back from evolving. Face them and invest in yourself. The effort will be worth it.

Psychologists Go to Therapy Too
Whatever the area, a psychologist's job is to help people improve their quality of life. But who helps the helpers?? Do psychologists go to therapy too? Read more »
Link copied!
Interesting Articles
Personal Development
7 Essential Keys to Help You Be More Like a Zen Monk

Why live more like a Zen monk? Because everyone can use a little more concentration, tranquility, and mindfulness in their…

Personal Development
Are You Dominated By Your Impulses?

Impulses stem from your irrational, primitive side. It's like trying to tame a wild beast. It might seem docile most…

It's common to think that creativity is tied to some form of art. And, also, to understand it as a…