The Difference Between Shyness and Social Phobia

Shyness and social phobia are two psychological conditions in which there's either a fear of relating to others or expressing what one thinks or feels. These are usually the result of painful or traumatic experiences that left a wound behind. 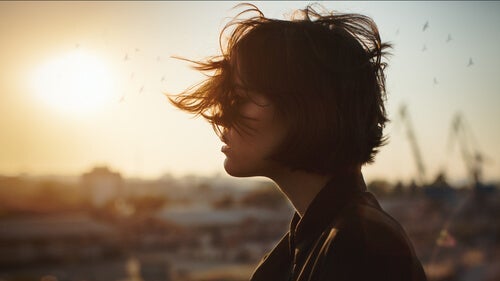 It’s easy to mistake introversion for shyness and social phobia, but they’re different realities. The confusion is due to the fact that they have some things in common. However, approaching their limits reveals significant differences. Actually, the similarity is only present in some formal features that could easily lead to confusion.

While introversion is a matter of temperament, shyness is located on the plane of psychosocial education. Meanwhile, social phobia corresponds to the field of psychopathology. It isn’t, in the strict sense, an illness as such. What’s common among all of them is the reticence or the obstacle to socialize. The latter is the predominant characteristic of shyness and social phobia.

Shyness and social phobia have a common decisive factor: fear. What differentiates one condition from the other is the intensity of that fear and the degree of limitations it imposes. While someone who’s shy may just want to go unnoticed, a person with social phobia wants social contact but can’t maintain it.

“He dare not come in company, for fear he should be misused, disgraced, overshoot himself in gesture or speeches, or be sick; he thinks every man observes him.”

Shy people can be highly dependent on other people’s opinions. Someone who’s shy may feel a strong desire to express their thoughts and feelings or to relate more actively to others but feel inhibited. They do this because they’re afraid of what others may think or say about their words or behaviors.

We’d say that a shy person is excessively vulnerable to criticism. They want social approval more than usual (or fear its absence).

This happens because they feel they don’t have enough psychological tools to assume rejection or to sustain a conflict with others. They devalue themselves and assume that a wound to their ego would be painful to heal.

Shyness is the result of an education that restricts or undermines social skills. This kind of person grows up feeling inadequate or inferior to others. This is because they’ve been the object of severe criticism or intense rejection and it’s made a dent in their personality. Thus, they need to restructure their self-image rather than overcome shyness.

Dr. Vanessa Abrines Bendayan defines social phobia as “The irrational and disproportionate fear that arises in certain situations of social interaction. This kind of person is convinced they’ll act inappropriately, ridiculously, embarrassingly, or in a humiliating manner”. The keyword here is “disproportionate”.

Yes, this means that shyness and social phobia are closely related. However, there’s a plus, a notable excess in the case of the second one. Those who suffer from social phobia no longer want to reduce their encounters with others. They aren’t inhibited from expressing themselves, but rather panic.

They escape from contact with people they don’t know and usually experience physical symptoms such as dizziness, tachycardia, blushing, a sensation of heat, and sweating. They don’t know why but unfamiliar people terrify them. In fact, they paralyze or lose control in social situations.

This phobia can be either generalized or specific. In the first case, there’s a great deal of fear due to any type of social situation. In the second case, exaggerated fear is limited to certain situations or people. Thus, there’s a high level of anxiety in both cases.

The most significant difference between shyness and social phobia is the intensity of the symptoms. However, there are also other relevant contrasts. For example, shyness could be transitory. In general, almost everyone experiences an increase in shyness during their teenage years. This is due to the fact that self-image is under construction and, therefore, it’s very fragile in some stages.

Similarly, social phobia is a condition that tends to increase and become chronic. What’s behind it is no longer just a story of rejection or significant questioning but also trauma. In other words, sudden situations that have deeply impacted a person’s psyche. They may be related to major physical, psychological, or sexual abuse.

However, both shyness and social phobia are conditions that limit a person and don’t allow them to evolve individually or socially and reach their full potential. Some courses or therapies help overcome shyness. In the case of social phobia, a formal therapeutic process is necessary. It usually has a good prognosis.

The Two Faces of Shyness
Being shy does not mean having some kind of defect, nor does it mean demonstrating a virtue in and of itself. Read more »