The Diencephalon: Structure, Functions, and Curiosities

Thanks to the diencephalon and its connection to the limbic system, we experience emotions. Moreover, this is the part of the brain that manages the connections between our senses. Let's learn more about this exciting brain structure! 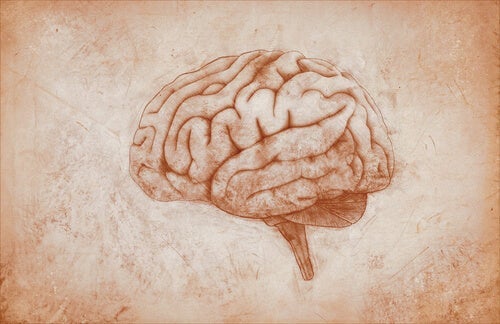 The central nervous system (CNS) is divided into two parts: the encephalon and the spinal cord. The encephalon is the part that’s furthest back in the skull and contains one of the main brain structures: the diencephalon.

This structure is involved in the control of affective behavior, the regulation of consciousness, the autonomic nervous system, sleep, and other factors. Let’s delve a little deeper into this.

The diencephalon: what is it?

It’s located below the corpus callosum and the fornix, and is joined on the sides with the hemispheres of the telencephalon. Thus, as we can see, it’s located in the middle part of the brain.

The structures of the diencephalon are connected to the rest of the nervous system, including the cortical and subcortical areas. Therefore, it’s a central area that sends and receives nerve signals (afferences and efferences, respectively). Thus, it has a fundamental role in the proper functioning of multiple biological processes.

The structure and functions of the diencephalon

The diencephalon consists of four main structures, and we’ll list them now:

In addition to these structures, the diencephalon has a cavity, called the third ventricle, located below the thalamus. This ventricle allows the circulation of the cerebrospinal fluid and helps maintain the shape and structure of the brain while allowing it to stay healthy.

Fun facts about the diencephalon

The diencephalon is the control center that helps our body maintain its internal balance or homeostasis. Here are some fascinating facts about it:

The diencephalon, stress, and emotions

The diencephalon also participates in neuroendocrine responses to stress. In fact, the journal Dialogues in Clinical Neuroscience published a study about the relationship between the hypothalamus-pituitary-adrenal axis and stress. In it, they postulate that animals, in order to respond to stress, activate a range of physiological and behavioral responses associated with this axis.

The authors define stress as a state of real or perceived threat. Given that the hypothalamus regulates homeostasis, it’s in charge of managing the situation and working with the nervous, endocrine, and immune systems.

Likewise, experts have demonstrated the enormous importance of the hypothalamus in the creation of emotional behavior. For example, H. Nakao, in a study published in the American Journal of Physiology, proved that stimulation of the hypothalamus in cats through implanted electrodes led to aggressive responses.

Thanks to the diencephalon, a very little known “great administrator”, communication between the cortical and subcortical levels is possible. Also, it allows us to maintain a correct balance in our bodies and to regulate our emotions, always hand in hand with other systems. A control center as wonderful as it is effective.

Why Does the Brain Have Folds?
Do you think all brains look the same? Why does the brain have folds? Are these folds important? Read on to find out how they affect you! Read more »
Link copied!
Interesting Articles
Brain
The Olfactory Bulb: Function and Characteristics