The Cerebrum: Characteristics and Functions

The cerebrum is the most developed part of the brain. It's responsible for some of our body's complex functions. Read more about it here! 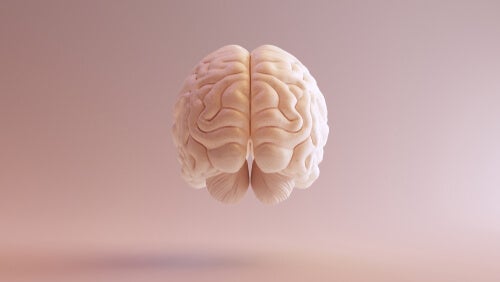 The cerebrum is the largest anterior and superficial part of the brain. This structure is formed during the early stages of development. In fact, it emerges from the neural tube.

The cerebrum, also called the telencephalon, is above the diencephalon. It’s the highest integration center on a somatic and vegetative level. It’s divided into two hemispheres, the right and the left. They exchange information through the nerve fibers of the corpus callosum.

Thanks to the cerebrum, you have memory, emotions, and the senses of smell, sight, and taste, among other things. Let’s learn more about this surprising part of the brain!

In addition to having two hemispheres, from an embryological and ontogenetic point of view, you can divide the cerebrum into the following parts:

In addition, the outermost part of the two hemispheres is called the cerebral cortex. Scientists divide it into five lobes:

Structures in the cerebrum

In addition to the divisions we already discussed, other parts of the cerebrum are worth highlighting:

Pathology of the cerebrum

Each part of the brain is fundamental for your survival and also complex and difficult to understand. Consequently, scientists still can’t completely explain some pathologies. For example, they still don’t know why they manifest or how to treat them.

The cerebrum can also suffer from some serious and complicated pathologies. Here are some pathologies that are related to the cerebrum:

Scientists have made great strides in understanding these pathologies and parts of the brain. A study published in Experimental Neurology by Laura Scott and collaborators suggests that autosomal recessive genes could be the key to understanding neurodegeneration in Parkinson’s patients.

An article published the same year (2018) in The World Journal of Biological Psychiatry also shared some important neuroscientific discoveries. This study proposed a relationship between the endocannabinoid system and schizophrenia. In this regard, the study analyzed how schizophrenia and bipolar disorder affected or didn’t affect sets of twins. The determining factor seemed to be hereditary abnormalities in the endocannabinoid system.

In conclusion, current neuroscience research is giving us new clues that will help scientists and doctors understand these disorders and treat them more effectively.

Today's article is about the Neanderthal brain. Homo neanderthalensis is an extinct human species that populated the Earth at the…