The Calimero Syndrome: Complaining as a Way of Life

Calimero syndrome refers to people who don't stop complaining about how bad things are for them. However, behind most of them, there's a deeper pain. 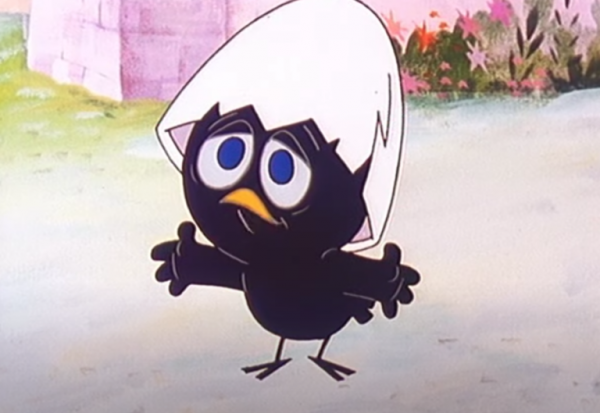 We all know people who seem to spend their whole lives complaining. Nothing seems right to them and everything bothers them. I’m sure that, after reading these lines, you’re already thinking of someone. Psychoanalyst Saverio Tomasella talks about this in his book The Calimero Syndrome.

In it, he refers to those grumpy (but charming) chicks in the Italian-Japanese animation series. If you look at the picture above, you’ll see the ones we mean! Although he makes some comical references in how he explains this syndrome, its content is actually quite serious.

For the author, the background of all these complaints can be found within a certain context. Specifically, people with a very sensitive socio-economic situation and linked to a very difficult life story. This is the trigger for the complaints. In fact, he claims that, behind them, there’s often real suffering, an emotional grievance that’s been repeatedly neglected.

Yet, while this is often the reason, many people can be particularly irritating to their loved ones. Their tendency to see everything in black shows an unyielding pessimism.

However, there are also other people whose complaints show a constant need for attention that can be quite difficult to handle.

Calimero syndrome is a contemporary phenomenon in a society on the verge of implosion. According to Tomasella, “injustices are increasingly evident; there’s a parallel to be made with the world that preceded the French Revolution of 1789“.

Some are granted privileges, and others just suffer abuse. As a result of these aspects that seem to be sewn into the fabric of our society, many people feel immense injustice and a real need to complain.

Complaints that hide something worse

Most of the time, those who spend a lot of time complaining have experienced real injustices and are afraid of being victims again. For example, some “calimeros” may have suffered deep shame, humiliation, rejection, or abandonment.

Severe family trauma (inheritance problems, ruin, exile, and economic migration) can also mark a person for life. They’ll become almost the spokesperson for their family and will complain significantly on their behalf, or sometimes even against them. Thus, the complaints expressed often cover much deeper issues than we would have first thought.

However, instead of talking about these delicate personal situations, their complaints often focus on superficial issues such as train delays or cold coffee. In this way, their hidden pain or shame is related to something benign that can be expressed freely and publicly without social or emotional consequences.

Nevertheless, these complaints, when repeated over and over again, often put other people’s patience to the test.

When the complaint becomes a way of life

It’s quite possible to make a timely complaint – a positive one that really hits the mark. It can be a way of changing a situation when there’s a problem at work, in a relationship, or in the family. However, a lot of people repeatedly feel sorry for their lot in life.

Calimero syndrome strikes when someone’s complaints turn into a monologue and a general way of relating to others.

In most of these people, there’s a need to be heard so that others can recognize their suffering. In others, there’s a form of laziness that consists of letting the situation get worse and worse just to be able to continue complaining. And, finally, there’s a minority who simply try to get other people’s attention.

Don’t make fun of their complaint

A child, teenager, or even an adult who feels their voice hasn’t been heard when they’ve suffered injustice will likely begin on their road towards Calimero syndrome – repeating their complaint over and over again.

However, when people mock their pain and complaints, they then feel that a new injustice has occurred.

If you mock a person who expresses suffering, then you risk reinforcing their propensity to complain.

Complaints through exhaustion and call for help

Some people complain all the time about being the “star of the show” and they have a very theatrical way of living. It’s a way of controlling situations and other people. We could also call these people “calimeros”, but, in reality, their shells haven’t been broken. We have to have our wits about us to detect when this is the case.

However, there’s usually something truly broken or ruined in many of the people who are given to complaining a lot. In addition to that, they don’t know how to get out of it all or how to rebuild their lives. For this reason, we must try to be patient with them. Even though they may tire us out with their complaints, they’re not really trying to harm or annoy us.

This attitude often stems from childhood pain that wasn’t perceived by the family. Basically, these people don’t say “take care of me”, but, rather, “listen to me”. Caught up in their complaints, they need to be heard and show how much they’re suffering.

Calimero syndrome: there’s a solution for the calls for help

We need to treat these people with empathy because many have experienced real and objective injustice. Therefore, if they feel respected and listened to, they may be able to move forward.

People who don’t want to explore their past and delve into their family situation can start by meditating or doing regular physical activity. This will help reduce the tension. This way, little by little, the person can prepare themselves for therapy.

It’s possible to transform complaints into emotional expression. It’s also possible to change the reasons for these complaints that are preventing them from moving forward in their life. A person who wants to help them will listen to the story behind the complaint, delve deeper into it, and try to find a release.

The Spiral of Complaints
How much do you complain throughout the day? Stop for a moment and think about it… Read more »
Link copied!
Interesting Articles
Personal Development
The Best Way to Fight Stagnation

Feeling stagnated is never fun. Stop for a second and imagine you're at a fork in the road with three…

There are moments and situations in your life that has a great impact on you. However, each person reacts differently…