The Atir-Rosenzweig-Dunning effect is a curious effect where people believe they know more than they actually do. Read more about it here. 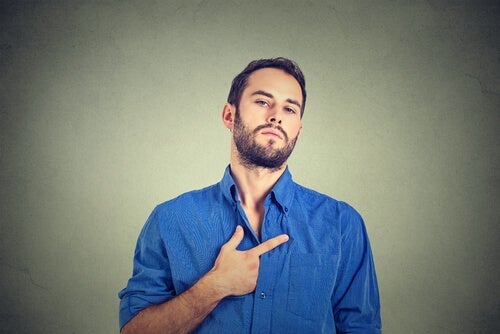 Researchers Stav Atir, Emily Rosenzweig, and David Dunning defined the Atir-Rosenzweig-Dunning effect through studies they conducted. This curious phenomenon is when experts in a field of study believe they know more than they actually do.

The researchers identified this effect through an experiment that studied experts in a variety of subjects. The more knowledge these people believed they had, the more likely they were to claim they knew fictitious terms invented by the researchers.

The study that revealed the Atir-Rosenzweig-Dunning effect

The foundation for this curious effect lies in the fact that the more you learn and the more knowledge you acquire, the blurrier your knowledge about what you know also becomes. According to descriptions of this effect, having broad experience in a specific field can make your confidence in the subject matter grow. It can grow so much that you reach the point where you think you know everything about that subject.

This study also highlighted another important finding related to another effect. Researchers call this one the Dunning-Kruger effect, which we’ll go over a little later on in this article. Compared with the studies of this second phenomenon, the individuals that the researchers dealt with in connection to the Atir-Rosenzweig-Dunning effect had a high likelihood of claiming to know ideas or facts that weren’t even real.

Nevertheless, other people with less knowledge in any particular field were more likely to doubt the veracity of these fictitious ideas or facts. They seemed to recognize their own lack of experience and confess that they simply didn’t know about them.

Among the people surveyed, about 92% claimed to know, to some extent, the made-up terms. Looking at the subject of biology, the experts in this field claimed to be familiar with non-existent concepts. Some examples of such terms were “meta-toxins”, “retroplex”, and “biosexual”. The conclusions of this study suggest that, on some occasions, having a lot of experience in a specific field can make a person blind to their own ignorance.

Researchers identified the Dunning-Kruger effect through the studies we described for the Atir-Rosenzweig-Dunning effect. This second phenomenon involves people who claim to be experts in a field of knowledge without actually possessing such knowledge.

Consequently, the person who displays this effect not only talks about a subject they know nothing about but they might also actually come to speak with authority about their assumptions. They might do this even when they have no idea whether what they’re saying is true or not.

This is how the Dunning-Kruger effect is also related to the Atir-Rosenzweig-Dunning effect. Both of them shed light on specific and fascinating ways in which the human mind works.

Cronyism and the Atir-Rosenzweig-Dunning and Dunning-Kruger effects

Both of these effects are related to a term that’s become popular in Spain. As many people are aware, these days, politics has become something akin to a TV show for entertainment purposes. In Spain, there’s a term that translates to “brother-in-law-ism” that has also arisen from this political environment. People there use this word to label those who develop theories on the basis of very poor or biased knowledge.

As the term suggests, this trait is very closely associated with the figure of the brother-in-law. The stereotype of this family member in Spain is of one who’s always trying to lecture others and thinks his beliefs should be universal. In relation to the effects we discussed here, the stereotype of the brother-in-law includes the attitude we described. This attitude might arise, in part, out of the Dunning-Kruger effect.

Nevertheless, since “brother-in-law-ism” is based – at least partially, on claiming to know what one doesn’t. You might also notice its connection to the Atir-Rosenzweig-Dunning effect. Whatever the case may be, this behavior can also be very annoying. This is especially true when the person also tries to impose their beliefs on subjects that are either controversial or awkward to bring up. Subjects such as politics or feminism, for example, are likely to ruffle some feathers.

What to do about it

That being said, you might say that recognizing your own lack of knowledge can be a very intelligent course of action. It’s often better to do this than to try and stretch limited knowledge beyond its limits. This can help you learn from others and have much more substantial conversations. It’ll also protect you from trying to build unstable arguments that, no matter how reasonable they may seem to you, just don’t hold up.