Replicating the human brain is one of the goals of neuroscientists and robotics experts. Researchers are trying to create an "artificial brain" with software and hardware that would have the same cognitive abilities as a human or animal. 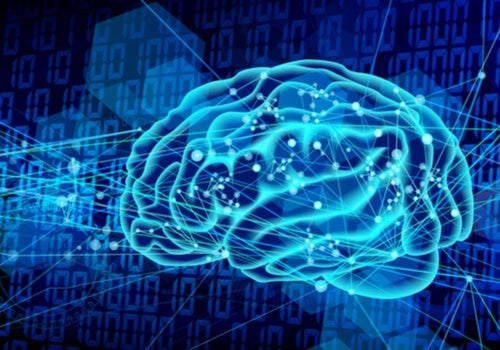 The idea of creating a fully electronic brain is the subject of many sci-fi novels and movies. The possibility of actually doing it, however, is slowly becoming a reality. In fact, several projects are bringing together the best minds on the planet to build the first fully artificial brain.

Experts believe that the development of an artificial brain will allow the creation of artificial intelligence on par with or more advanced than human intelligence. To do so, scientists have to reconstruct and reinterpret everything from simple molecules to complex neural connections.

Next, we’ll discuss the possible uses of an artificial brain, as well as recent scientific advances. We’ll especially focus on the Blue Brain Project from IBM.

Possible uses of an artificial brain

The potential uses of an artificial brain depend on the motives of the specific research center that’s doing the work. Some are trying to better understand human and animal brains, while others are doing it as part of the quest for immortality. The latter are known as transhumanists.

Eccentric multimillionaires trying to cheat death tend to be the primary financiers of this kind of research. The idea is that, by transplanting their consciousness and memories into an artificial brain, they’ll be able to live forever.

Aside from these somewhat far-fetched goals, an artificial brain would have some practical, scientific uses. We can summarize them in three distinct goals:

While there have been some important advances in robotics and computing in recent years, scientists are still unable to replicate the human brain. It’s an enormously difficult task that requires the simulation of more than 100 billion neurons.

The most prominent artificial brain project at the moment is the Blue Brain Project from IBM and L’École Polytechnique Fédérale de Lausanne in Switzerland (EPFL).

The Blue Brain Project used the cerebral activity of a rodent as its starting point. They replicate this activity using a huge computer made up of other, smaller computers to represent each rebuilt neuron.

The long-term goal of reconstructing a rodent’s brain is to better understand how the human brain functions. Researchers hope to gain insight into how humans think, remember, and reason.

The project started in 2008, and participating scientists expect that information gleaned from the research could be applied practically starting in about 2050. Concretely, they predict that, by then, the artificial brain will exceed human intellectual capacity, or we’ll be able to download the content of a human brain into an artificial brain.

Critiques of the artificial brain

Some neuroscientists think that it would be better to focus our efforts and resources on developing machines that can carry out more generic intelligent tasks instead of trying to imitate the nature of the human brain. They argue that it’s a project of titanic proportions, which could be potentially dangerous.

Also, there are important ethical questions about creating an artificial brain that need to be answered. For example, what about maintenance? How will they relate with humans, and develop their personality? What kind of freedoms will they have? How will they learn new information? Can they die? In other words, if scientists manage to develop a viable artificial brain, will it be considered human? What kind of rights would it have? Could it be deactivated? There are so many issues to consider.

The reality of an artificial brain might seem like something in the distant future. However, the way that research is going would suggest that it’s something our society will have to deal with before long. Many researchers believe that development is actually happening faster than expected, and the results are promising.

Consequently, these technological, social, ethical, and moral questions take on a more urgent nature. We need to be prepared for the eventuality of the first artificial brain.

Why Is There so Much Fat in Our Brain?
Fats, just like vitamins or proteins, can help our bodies function better. To understand this, today we'll focus on why there's so much fat in our brain. Read more »
Link copied!
Interesting Articles
Brain
What Happens to Your Brain Before You Die