The Blue Brain Project: A Reconstruction of the Brain

The ambitious Swiss project known as Blue Brain seeks to make the most detailed digital model to date of brain architecture and function. 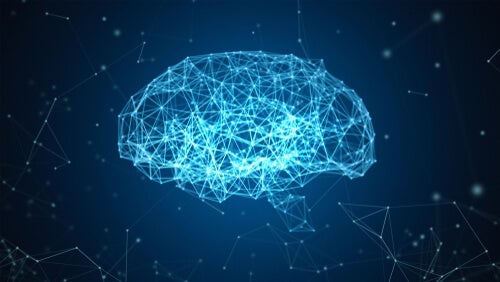 Just like astrophysicists look outside of our planet to discover how space works, neuroscientists look inside the human body to unravel the brain. Such an ambitious goal, a common aspiration among scientists for decades, is now an actual research project. The initiative, called Blue Brain Project, was created in 2005 by Swiss professor Henry Markram.

It’s very characteristic of humans to draw maps in order to represent research findings or knowledge in general. In fact, that’s how information spreads through generations.

Similarly to how New World’s maps represented the paths and ways of a whole new continent, the Blue Brain Project aims to build a digital map that recreates, in the most precise way known to date, the human brain’s neural pathways and how they operate. This map would allow scientists to explore even the most remote corners of this organ.

In order to get an exact representation of the human brain’s architecture and functional dynamic, this initiative sets the reconstruction of rodent brains as the starting point.

The Brain Mind Institute of École Polytechnique Fédérale de Lausanne (EPFL) set out to reconstruct, in a biologically detailed way, the brain’s structure and functions in May 2005. In fact, the technique used, called reverse engineering, makes the project consist mainly of simulations and brain representations.

Researchers chose a rodent’s brain as a representative base of the human brain (which is certainly much more complex) due to its similarities, in a different circuit scale, as a mammalian brain.

Also, the technology behind this initiative uses a Blue Gene supercomputer that runs the NEURON software.

Furthermore, the project’s empirical foundation, and the model used for this foundation, are both a brain neuron connection map called connectome. This model involves a realistic digital simulation of brain neurons, and scientists hope it becomes a complete encyclopedia of the brain and mind’s mystery.

But of course, a project of such magnitude would hardly survive without any international collaborators. That’s why there are other sub-projects created to specifically support Blue Brain, including:

What’s the difference between Blue Brain Project and other similar projects?

Reconstructions and simulations that supercomputing allows Blue Brain to present, are a radically new approach to understanding brain activity by addressing it as a structure of several levels. Therefore, this “layer” conformation makes room for the mind’s functional diversity and its infinite complexities.

This perspective makes possible one of the most hardly approachable scientific challenges that current science faces: the understanding of the brain as a multiple-scale complex system, a job for which this sort of simulation-neuroscience is fundamental.

The surprising detail with which neuronal modeling operates in this project, would ultimately involve the construction of a molecular-level brain simulation. Then, it would open up the doors to new studies of gene expression and, finally, to unprecedented clinical benefits.

A brief history of the project

Why so much effort?

In addition to the clinical advantages that such a deep knowledge of the brain would bring, there’s an ultimate goal that’s far more mysterious than the social imaginary.

By unraveling the intricate articulation of the brain’s parts, scientists could finally achieve a non-theoretical knowledge of human consciousness. A task that, actually, many scientists and thinkers in the history of mankind have dedicated their whole lives to.

For now, and as a prelude of the amazing findings to come, the Blue Brain Project published its first digital neural atlas in 3D, just last year. It offers in-depth information about the types of brain cells, how many of them are there and their position in a total of 737 brain regions.

Going from the classical neuroanatomy manual book with simple drawings to a 3D atlas of this kind is one of the greatest steps in science in the history of humanity.