The Aristotle Complex: Thinking You're Better than Everyone Else 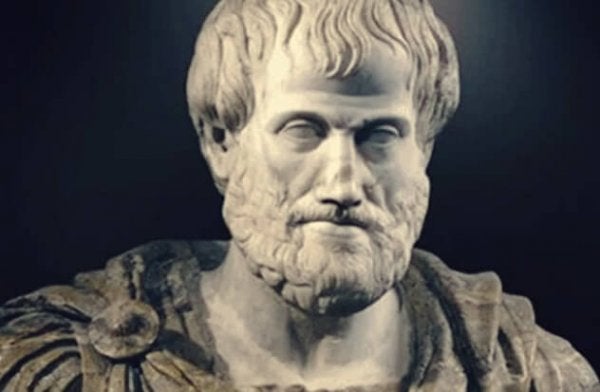 The Aristotle complex isn’t exactly seen as a disorder in the fields of psychology and psychiatry. It’s more of a group of traits that popular culture has started to call a complex, in a colloquial way. Basically, it has to do with people who think they’re always right.

The word “complex” comes from the Latin complexus. It means something that’s made up of multiple elements. It’s just the same when it comes to psychology. They call conditions complexes when there are multiple personality traits playing a part, causing someone problems.

“Don’t you think it’s weird when someone has photographs of themselves all over the place? It’s like they’re trying to prove they exist.”

The main characteristic of the traits in a complex is that they’re all unconscious. You don’t realize that you have them. Or, if you do, you just don’t see them as a problem. For example, you’ll think it’s normal to be that way, or that you have perfectly good reasons for it. Now we’re going to take a look at what exactly the Aristotle complex is.

There’s absolutely no doubt that Aristotle is one of the greatest philosophers of all time. He lived between the years 384-322 B.C., in Ancient Greece. His theories and teachings are so important that they still have a huge influence on philosophy and science.

Before all that, Aristotle was Plato’s student. Plato was another huge Greek philosopher, the father of metaphysics. Aristotle followed his teacher everywhere, and he was a brilliant student. Plato always saw him very highly, until things started to change.

As time went on, he started to say that Plato’s ideas had no real foundation. A lot of people had a problem with Aristotle’s attitude about this. They thought it seemed disloyal and overly proud. It didn’t come to much, but that reputation ended up sticking with him.

Based on these moments from ancient history, some people started talking about the Aristotle complex. They give this nickname to anyone who thinks they’re better than everyone else and that they’re always right. They also say it’s not exactly the same as a superiority complex. That has to do with emotions and self-image, whereas the Aristotle complex is more of an intellectual thing.

People with an Aristotle complex are obsessed with beating people at intellectual things. They dig themselves into long arguments just for the sake of proving that they’re smarter, more clever, and knowledgeable than other people. They always put their ideas to the test by making them into a controversy, and hopefully a public one.

Of course, someone with an Aristotle complex always thinks they’re right. But it’s not actually the most important thing to them. What they care about the most is forcing their point of view on other people. They want other people to see them as an especially intelligent person.

Complexes don’t lead to anything good

When it comes to the Aristotle complex, it’s like they haven’t moved past adolescence. That’s the age when kids find it really important to put their ideas to the test. But they especially like to prove how little sense authority figures make, how illogical they are. The process is usually very annoying for adults. But it’s one way that young people build and reinforce their identity.

With teenagers, and people who have an Aristotle complex, what’s really happening is that they’re deeply insecure. This desire to be right at all costs and force their perspective on other people is nothing but their self-doubt coming out. They try to knock down other ways of looking at things because they’re afraid of those other ways. They think those things call into question their way of seeing things. That’s why they can’t stand them.

The Aristotle complex is a self-esteem issue. To put it another way, it’s an issue of narcissism. You blow up all the value and importance of anything you think, out of an unconscious desire to deal with a feeling of low self-worth. It’s almost like when an animal makes itself bigger to seem scarier if it’s in danger. Whichever way you look at it, this intense narcissism can only lead to big problems in the future.

Let Your Complexes Fall Away
Few things are more cathartic, satisfying, or liberating as letting go of your complexes. Expressing yourself and loving yourself just the way you are Read more »
Link copied!
Interesting Articles
Psychology
When People Do You a Favor So You Owe Them One

Sometimes people aren't actually doing you a favor, but rather proposing a deal. But the thing is they don't say…

Psychology
Your Child Will Follow Your Example, Not Your Advice

Health
How Menopause Affects Your Mood