Mood affects your judgment, but not consistently. The affect infusion model tries to explain how mood affects a person's ability to process information. 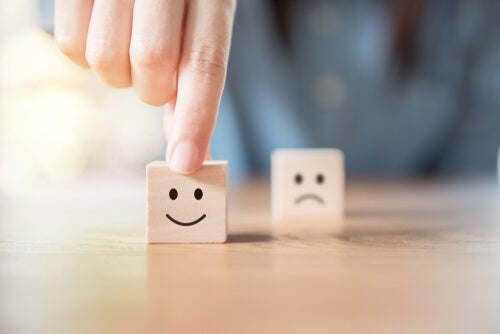 The affect infusion model is a theoretical model in the field of human psychology. It was developed by social psychologist Joseph Paul Forgas in the early 1990s. It attempts to explain how mood affects a person’s ability to process information.

A key claim of the affect infusion model is that mood effects tend to exacerbate in complex situations, particularly in those that require substantial cognitive processing. In other words, mood becomes more influential in the conduct of evaluations and responses as unexpected situations arise and become more complicated.

“When you react, you let others control you. When you respond, you’re in control.”

Mood affects judgment, although not consistently. For your mood to have an effect on your judgment, it must first nullify the forces that would normally lead to the judgment that one might refer to as “standard”.

Humor has no effect when you’re making judgments based on direct recovery from a simple, preformed conclusion. Nor when you’re trying to meet strong goals. However, your mood does have an effect when you try to make decisions. Thus, humor sneaks in below your level of consciousness, skewing your judgment without you even noticing it.

Forgas defined affect infusion as “the process by which affection-charged information exercises an influence and incorporates into the trial process, entering the judge’s deliberations and eventually coloring the outcome of a trial”. In other words, affect infusion is a process that determines the degree to which mood can affect your judgment.

According to the affect infusion model, affect (mood and emotion) exerts a notable influence. Not only on information processing but also on the resulting response behaviors. For example, a person will respond differently when they receive an excessively large utility bill if they’ve had a relaxed and stress-free day, as opposed to if they had a busy and hard day. In this last circumstance, the person will experience high levels of affect infusion. This is because their agitated state will undoubtedly worsen upon seeing the utility bill.

One assumption of the affect infusion model is that this effect will generally occur with greater intensity as the complexity of a situation increases. Highly complex situations can exhibit a number of qualities, such as the amount of effort required to process information.

According to Forgas, one can see the different levels of affect infusion as a continuum. It has four alternative processing strategies. These strategies represent the different degrees of severity in which humor exerts influence.

The processing strategies proposed by Forgas are:

While identifying these strategies, you must consider two important differentiating factors. The information search strategies used for performing a task (open or restricted). Also, the scope of the information considered when constructing an answer.

Learning to Understand Our Feelings
It's of vital importance that we understand the messages that our feelings send us. Doing so affects our health as well as the way we interact with others. Read more »
Link copied!
Interesting Articles
Theories
What's Classical Conditioning in Psychology?