7 of the Best Quotes from Psychologist Carl Rogers: Empathy, Tolerance, and More 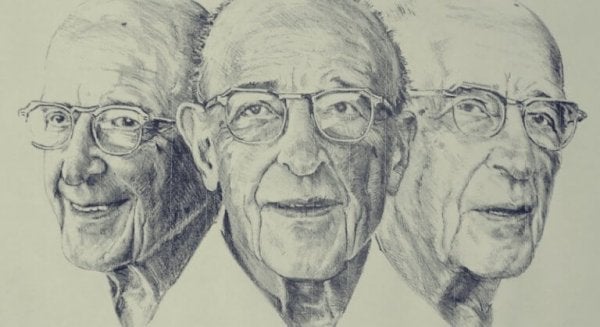 Carl Rogers often spoke of the control we have over destiny, about experience and personal growth, as well as the value of people and relationships.

Since the 1950’s, Carl Rogers has been an eminent figure in the field of humanistic psychology. His best-known publications are Client-Centered Therapy (1951), and Becoming a Person (1961).

Together with Abraham Maslow, Rogers was a psychologist who gave great importance to personal development. Many of Rogers’s quotes focus on helping people reflect on their own life. That’s why we’ve compiled some of his best quotes here for you.

“Being empathetic is seeing the world through the eyes of the other, not seeing your world reflected in their eyes.”

From Carl Rogers’s perspective, empathy is a fundamental concept. In fact, he considered it one of the basic attitudes that a person has to develop to reach self-realization.

Now, being empathetic, according to Carl Rogers, is not putting yourself in the other’s shoes. Empathy takes serious work, reflection and knowledge about how the other person observes and experiences the world around them.

Empathy is not only what you would do in the other’s situation, but also how you would react in that situation based on their worldview.

Direct experience as a priority

“Neither the bible, nor the prophets, nor the revelations of God or of men… Nothing has priority over direct experience.”

Rogers says the highest authority is one’s own experience. While he thinks other people’s judgement should be heard, he says they shouldn’t be considered a guide.

Thus, any human being should be treated as an individual worthy of respect, with the right to evaluate their experience in their own way, and with the power of autonomous choice.

Acceptance as an impulse for change

“The curious paradox is that, when I accept myself as I am, then I can change.”

For Rogers, acceptance is the basis of change. If there’s no acceptance, there’s no change because the mind is “lost.” Therefore looking at who we really are and knowing ourselves is the key to growing as a person.

The value of being yourself

“I feel happier just for being myself and letting others be themselves.”

Carl Rogers thinks people are as beautiful as sunsets — if they’re allowed to be sunsets. That is, he appreciates sincerity and authenticity above all; the natural state of each one of us.

Rogers learned in his relationships that, in the long-term, it doesn’t help to act like someone he’s not. We can’t be happy if we display a false version of ourselves because we are, effectively, rejecting ourselves.

“It’s not about getting the feeling out of the mind, or hiding it, but about experiencing it with acceptance.”

When we experience any feeling, the appropriate action is to accept it, not evade or repress it. The feeling must be sheltered and listened to.

“I realize that, if I were stable, prudent, and static, I would live in death. Therefore, I accept confusion, uncertainty, fear, and emotional ups and downs. Because that is the price I am willing to pay for a fluid, perplexing, and exciting life.”

Fear and uncertainty are our companions in life. Not everything is controllable or predictable, or even safe. Confusion and emotional ups and downs will happen and we have to be prepared.

Having the idea that we can control everything comes from being afraid of not knowing how to react. It is the result of insecurity. And, even though it’s impossible to be prepared for everything, sometimes we act like we can and get imprisoned in mental rigidity.

If we want to live in fluidity, we have to learn to let go. This will open the way to flexibility and enjoyment.

“The man who is educated is the one who learns to learn.”

Carl Rogers understood that, as an educated person, he was trying to grow and change. Self-knowledge and self-realization walk hand-in-hand along the path of life. To be educated, one must be informed, reflect, and question.

As we can see, the legacy Carl Rogers left is a great source of knowledge and can really help people. In his first years as a professional, he always asked himself the same question: how can I treat, cure, or change this person?

But his experience eventually changed this question to: how can I provide a relationship that this person can use for their own personal growth?

His numerous contributions to psychotherapy and his innovative vision of therapeutic practice are still alive today. He developed many theories but, without a doubt, reflecting on these quotes will help us understand his way of thinking. They’ll make us think.

Psychology
When a Child is Robbed of Their Childhood

Childhood is when a person begins building their identity. Any trauma, negligence, or abuse of any kind will have huge…