The 10 Types of Psychopaths According to Kurt Schneider

Kurt Schneider's work on the different types of psychopaths is a classic in criminology. His descriptions were accurate and supported by evidence. 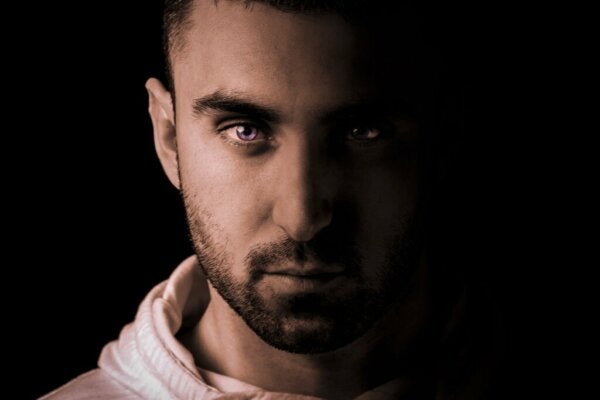 Kurt Schneider was a German doctor, psychiatrist, philosopher, and pioneer in his field. He’s considered the foremost representative of the Heidelberg School of psychiatry, along with Karl Jaspers. His work on identifying the 10 types of psychopaths was an important milestone in the history of this branch of psychology.

The Heidelberg School was unique for its approach to mental illness because it emphasized the biological factors that affected patients. Emil Kraepelin had an important influence on this school of thought with his work on classifying disorders based on their manifestations and not their causes.

Kurt Schneider’s classification of the different types of psychopaths has had an important influence on later developments in psychiatry. It’s based on the idea that a psychopath is someone who ambiguously deviates from normative behavior. From that point of view, there are 10 types of psychopaths.

“Despite the psychopath’s lack of conscience and lack of empathy for others, he is inevitably better at fooling people than any other type of offender.”

The first of Schneider’s types is hyperthymic. Hyperthymic psychopaths are usually happy, active, and impulsive. Schenider spoke of this personality type as the sanguine temperament of a man with thin blood. He described them as argumentative and likeable frauds who tend to swindle, cheat, and get involved in minor transgressions.

These psychopaths tend to be brooding and moody, though it isn’t always easy to recognize since they hide what they feel. For some, their primary emotion is melancholy, while for others it’s irritation or paranoia. This type and the first type often suffer from alcoholism. People with paranoid depression can be extremely insensitive.

Within this group, there are two types of psychopaths: sensitive and obsessive-compulsive. The first type are very impressionable but they have a hard time expressing their emotions.

On the other hand, obsessive-compulsive psychopaths turn their insecurities into obsessions. They can be very inflexible. While people in this category often seem “strange” and even “suspicious”, they rarely commit crimes.

Psychopaths in this category place an inordinate value on a group of ideas and live that out with great emotional intensity. Some are passive fanatics and some are fighting fanatics.

In general, you see this typology more often in mature men and women. They might commit minor crimes based on their convictions but they usually limit themselves to doing things that cause social disturbances.

The distinctive trait of this group is vanity. They’re always pretending to be more than they are (to themselves and others). They tell deliberate lies and people believe them.

Attention-seeking psychopaths also fake their emotions, which makes it impossible to form relationships with other people. They don’t know how to love. This group has some subcategories. We have eccentrics (those who get attention with strange actions), show-offs (those who constant brag), and liars (those who organize structured fantasies to deceive others).

It’s easy to confuse this type with the depressive type. In this case, however, the individual has episodes of intense sadness or moodiness that start and stop suddenly. It’s like an intense storm that blows through unexpectedly. Labile psychopaths are often addicts and might commit occasional emotional crimes. This type is exclusive of younger or very old people.

They get involved in crimes of all types. They’re disobedient, rebellious, and a bad influence on others. They tend to be childish, underdeveloped, and have very little self-control.

This is the height of psychopathy. Affectionless psychopaths lack compassion, shame, embarrassment, or a sense of guilt. Their main trait is very low self-awareness levels. They tend to be sullen, cold, and antisocial.

People in this category commit all kinds of crimes, including crimes involving brutality. That being said, there are a good number who, in spite of their lack of scruples, manage not to break the law.

This kind of psychopath is easy to influence and open to all types of stimuli. They’re nice and reasonable but inconsistent and moldeable. Individuals in this category often involve themselves in robbery, embezzelment, fraud, and prostitution. They might commit crimes because of the social pressure in their social group. Weak-willed psychopaths are usually young people.

Some asthenias (weakness) are physical and others are mental. In both cases, the individual with asthenia is keeping a close watch on the body and the mind. Also in both cases, they might start to feel very strange in their own company. They can suffer from imaginary disorders such as hypervigilance. They rarely commit crimes. Instead, they’re seen frequently in the hospital.

In conclusion, Kurt Schneider’s 10 types of psychopaths is a classification tool that’s now considered obsolete. That being said, many of his proposals have become the foundation for later developments. In general, no one is making any serious claims to overthrowing his categories. Instead, they adjust them.