The 10 Best Quotes by William James 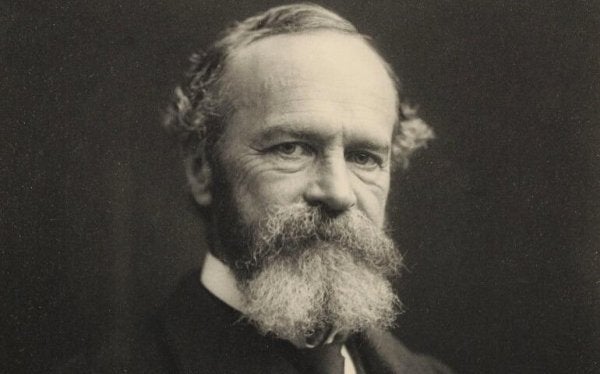 William James’ contributions to both philosophy and psychology have given light to many theories and explanatory models for both disciplines. He’s considered to be the father of American psychology because of his pragmatic and functionalist approach. These following quotes by William James sum up his conception of psychology.

He was born in the United States to a wealthy family. The decade of the 70s was a crucial turning point in his life. He went through a profound emotional crisis, he got married, and began to work as a professor at Harvard University in 1872. Since then, he dedicated himself to studying the relationship between conscious and emotional states in depth.

His first book, “The Principles of Psychology”, made him into a very influential thinker. It also became his greatest contribution to psychologic research. This author left a series of wonderful quotes in his wake that hold great meaning and wisdom.

“Anything you may hold firmly in your imagination can be yours.”

The mind as the object of knowledge

William James founded the Harvard psychology laboratory, where he started the School of Functional Psychology. This model focused on studying the mind as a functional and essentially useful body part.

“The greatest discovery of my generation is that a human being can alter his life by altering his attitudes.”

He saw consciousness as a river, a continuous flow of thoughts, ideas, and mental images. For this reason, there’s nothing in the mind that can be isolated or stored for study, given that everything can only be understood in context.

“The most immutable barrier in nature is between one man’s thoughts and another’s.”

With these quotes by William James, it is clear how functionalism embraces the principles of behavioral psychology, as they understand the consciousness as a whole system, not a sum of its parts.

William James believed that our own beliefs, ideas, and thoughts belong to each one of us, which makes us inaccessible to others. This idea of privatization or impenetrability had resounding effects on our philosophical concept of psychology.

“Our view of the world is truly shaped by what we decide to hear.”

A pragmatic focus: the mind’s function

This model’s main idea is that the truth is that which actually functions. Here, his concept of “truth” was based on usefulness. That is to say, in pragmatic terms, what is true is what is useful. The consequences, repercussions, and what we get from something allows us to categorize it as true or false.

“As there is no worse lie than a truth misunderstood by those who hear it.”

This is one of his most famous quotes that, though grandiose, makes his ideas about truth very clear. For him, there’s no absolute truth, rather just points of view.

“There is no point of view absolutely public and universal.”

This next quote speaks to how we create our own meaning about experiences or behavior based on results. That is, we judge things after the fact, and this can be a very relative way to find meaning.

“If you believe that feeling bad or worrying long enough will change a past or future event, then you are residing on another planet with a different reality system.”

He proposed one of the main psychophysiological theories about emotions

Its known as the James-Lange theory. He proposed it at the same time as – though independently from – Carl Lange in 1884. It’s based on the idea that emotion is the result of the internal perception of physiological changes. This means that we don’t cry because we’re sad, we’re sad because we perceive that we cry.

“Action seems to follow feeling, but really action and feeling go together; and by regulating the action, which is under the more direct control of the will, we can indirectly regulate the feeling.”

This theory is “psychophysiological” because it speaks to a relationship between bodily changes and the perception of stimuli that cause emotion.

These quotes symbolize the most remarkable things about how William James thought; thoughts which, for many, made him the father of psychology.

Karl Koch's Tree Test is an interesting projective test of our personality as well as our underlying emotional universe. Because it is easy to use, it is common to do…

The vagus nerve interacts with so many different parts of our body. So much so that many define it as…

Psychology
Anxiolytics: The Pills That Live on Nightstands Everywhere

Anxiolytics are medications doctors prescribe to help control anxiety. Some people also call them "alcohol in pill form", alluding to their…