If You Tell a Lie a Thousand Times, Does it Become the Truth? 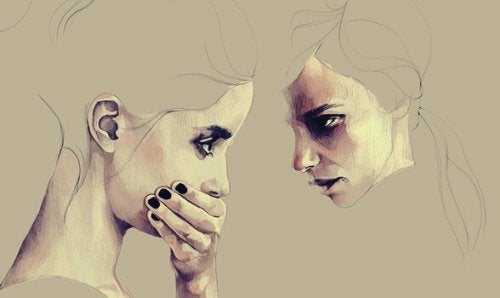 The subject of truth and lies is more complex than it might seem at first. What people believe is the truth depends on many factors. There are scientific truths, but also philosophical, religious, personal, and ideological truths as well.

Not all “truths” have the same level of validity. In science, for example, you can’t say something is true unless there is physical or theoretical evidence to support it. A similar principle applies to philosophy. Nevertheless, this isn’t the case in other fields. In religious and ideological contexts, for example, something is true if an authority figure says it. It doesn’t matter if it can’t be proven.

“You can go very far on a lie, but you’ll have no hope of returning”.

The difference between an untested truth and a lie can sometimes be minimal. In spite of that, many people don’t care. In fact, they are willing to believe even if their belief goes against all the evidence. This happens because lies can be comforting, while the truth can be unsettling. This is due to the fear and guilt that is at play. Another factor involved is that lies can be easier to understand than the truth.

This leads to a situation that many people exploit for all it is worth. So often, it is enough to tell people what they want to hear. We all want to believe messages that please us. It doesn’t matter how far away they are from reality. But it isn’t just that. People who exploit this part of human psychology manage to instill falsehoods, culturally and socially. And many people are capable of doing whatever it takes to hold up that lie. They don’t realize, or they don’t want to see, that the lie doesn’t benefit them. It benefits the ones who are running the show.

The phrase “A lie told once remains a lie but a lie told a thousand times becomes the truth” is attributed to the Nazi propagandist, Joseph Goebbels. There is no concrete evidence that he is the author, but it is a good summary of what he did during World War II. His work was so effective that there are still those today who defend the “truths” of the Third Reich.

Goebbels’ work was so successful that many world leaders have repeatedly copied his strategies. Powerful sectors still consciously value lies as a way to manipulate the minds of those they want to influence. In this way, they manage to convince people to accept the unacceptable and support plans that only benefit the interest of the few.

Thanks to the Nazi experience, powerful sectors of society realized that people are able to believe any message, as long as it is properly presented. They just had to maintain absolute control over the media and all institutions that transmit ideology. For example, schools. It was enough to fan the flame of fear, hate, and insecurity. Once that is done, they invented a convenient “truth” and repeated it to death.

The lie that is told a thousand times

Repetition generates very deep beliefs. When the brain encounters a new situation, there is an imbalance. After this comes assimilation, accommodation, and then adaptation. It’s like when we arrive in a new city and at first, we feel lost. But, little by little, after we see the same places over and over, we start to feel familiarized with the city. Eventually, our new surroundings become part of us. In fact, we make a sort of personal map of what we learn.

Something very similar happens with lies. The mind adapts to listen to the lie, perceive it, and then incorporates it into its sphere of thought. It is familiar, well-known. It is what everyone else agrees with. In the case of lies from power sectors, it is also the answer to a fear or insecurity. Or it might be the understandable explanation for something we don’t know or can’t comprehend.

The close relationship between power and the media isn’t free. In almost all countries, traditionally the powerful economic groups or politicians are the ones who have control over the press. Until very recently, independent media was an exotic flower. With the advent of social media, this has changed. Independent voices are much more common now, and there are many alternative ways to be informed.

Nevertheless, social media has its own lies. At the end of the day, it doesn’t matter what medium you get your information from, but what is their intention. Also, and most importantly, is the question of how much the reader or listener cares about the truth. As the old adage goes, “There is no worse blind man than he who doesn’t want to see”. This is always true in the sphere of social truths and lies.

How Do Lies Affect Us?
We live in a society where double meanings are latent in every circumstance. What we don't know is the power that lies have over our bodies. Read more »
Link copied!
Interesting Articles
Psychology
10 Reasons to Study Psychology

The primary characteristic of factitious disorders is faking psychological or physical symptoms or purposely causing them. Doctors diagnose it through simple direct…

Believing in yourself is necessary to start on the journey that will lead you to find what you desire. There…