Discover why talking to strangers can sometimes be easier than talking to people you know. 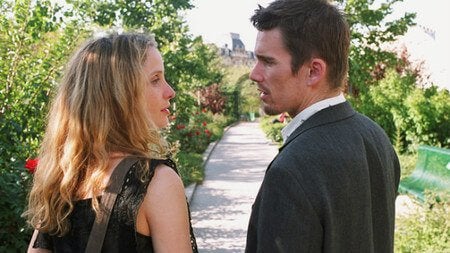 Centuries ago, Lucius Annaeus Seneca said that “One of the most beautiful qualities of true friendship is to understand and to be understood.” But what happens when you feel that your friends or loved ones don’t understand you? Perhaps talking to strangers is a way for you to make up for this missing quality in your relationships. But is it normal that it’s easier for you to talk to strangers than to people you know? What are the reasons behind this curious phenomenon?

This behavior can be considered normal or at least natural. In particular, certain types of people have a hard time relating to the people they know. It’s difficult for them to do it as they lack confidence. The reason for their insecurity is that they fear other people will have negative opinions about them.

Why is Talking to Strangers Easier?

Talking to strangers may not be too difficult for you. We’re also referring to establishing any type of relationship or interaction with another person. For example, talking to somebody in your gym’s locker room or engaging in a conversation at work.

However, maybe when a friend, family member, or anybody else you know is with you, you may feel shy or timid. In other words, you feel uncomfortable. You’re scared of what they might think and don’t want them to have a bad opinion of you. Furthermore, you don’t want them to discover your flaws or shortcomings. In reality, this is related to the negative image you have of yourself. In a certain way, you’re actually ashamed of your physique, your social skills, or some other quality.

The thing is that, when you talk to strangers, the topics you discuss are usually unsubstantial or common. At any rate, it’s as if you were following an imaginary script that you’ve already memorized and are comfortable with. Additionally, you can even play a different character, the person you want to be instead of who you really are. This is possible because the interaction will probably be short and it’s unlikely you’ll ever the stranger again.

Even psychologists believe that interacting with strangers is beneficial. According to a study by Dr. Elizabeth Dunn, a professor in the Department of Psychology at the University of British Columbia, talking to strangers makes people feel more cheerful, behave more pleasantly, and believe they belong in a community.

Why Are You Open to Talking to Strangers?

The reason for this behavior is the triviality of the conversation. If you work directly with customers, you may not have a problem with being pleasant around people you don’t know. At most, you know you’ll talk about the weather or how you’re feeling and that you probably won’t see them again.

However, once the conversation becomes more intimate, you may have to show your true self to the other person. That’s where your fear of judgment comes in. Your shyness keeps you from showing who you really are.

Thus, what strangers think of you doesn’t worry you. You’re only worried about the opinions of people you’re close with or have become acquainted with.

Evidently, the more intimate you are with a person, the more they’ll focus on your positive attributes. But they’ll also see your flaws. And maybe what that person thinks of you will be too difficult for you to accept.

What should you do if you find yourself in this situation?

Clinical psychologist Encarni Muñoz suggests a number of tricks you can put into practice when talking to people you know:

“The greatest gift of life is friendship, and I have received it.”

If you have this problem, try to avoid making a big deal out of your interactions to avoid the tension and anxiety they cause you. This will allow you to be at peace with yourself.

I Hate My Family But I Love Strangers
Families are like little universes where we learn to become members of society. There are no perfect families, because there are no perfect human beings. Read more »
Link copied!
Interesting Articles
Romantic Relationships
Three Relationship Times: You Time, Me Time, and Us Time

Sex
Fantasizing About Someone Else When Having Sex - Is it Normal?

Have you ever fantasized about someone else whilst having sex? Many people do this to heighten the excitement of the…

Learning hubs for social skills are the necessary tools to relate to others and feel a part of something. Through…

There's a saying about relationships: "Birds of a feather flock together". It sort of describes how the choice of people…