Have you heard about the legend of Sweeney Todd? Is what we saw in the movies true? What is it about these stories that appeals to us so much? In this article, discover all about the barber who terrified London town. 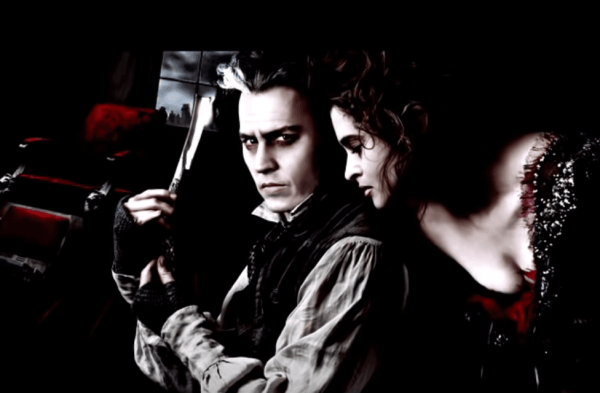 Mystery, inexplicable facts that escape our understanding… Those are the things that fill the covers of sensationalist newspapers and inspire cinematographic and literary production. We’re always on the lookout for films that are “based on real facts”. No matter how scary the plot is, we want to believe these films that often flood the cinemas. And so, halfway between fiction and reality, came Sweeney Todd, a character from Victorian London who’s still shrouded in mystery.

Was it all real or not? Is it just a musical or is there something else to it all? Why did Sweeney Todd kill people? The truth is that it’s hard to put all the pieces of the puzzle together.

It’s difficult because it’s a story that has fed the collective imagination and which has led to films and literary productions, among other things. It’s a mix of myth and truth, fantasy and history. And what’s the result? One of the most interesting and chilling mysteries in the history of London.

Sweeney Todd emerges in the darkness of London, the same London in which other murderers such as Jack the Ripper sowed terror. The setting is unbeatable due to this macabre barber and the story is totally appropriate for that period. In East London, there was hunger, misery, disease, overcrowding, and unhealthy conditions.

According to legend, Todd was a barber who slit his victims’ throats after shaving them. Through a tunnel, he took the bodies to Mrs. Lovett’s pie shop. There, she would use them as fillings for her pies, which ended up becoming the best pies in London.

Shrouded in mystery, Sweeney Todd is still very much alive, thanks to the many literary works and movies about him. One of the most recent was the 2007 film directed by Tim Burton. So what’s the true origin of the legend?

Sweeney Todd, the terror of London

The Victorian era was a great time of change, thanks to the Industrial Revolution. Unfortunately, it was also notorious for diseases such as typhoid fever and cholera, marginalization, and prostitution.

While Queen Victoria I established norms that repressed sexual behavior, prostitution was rampant in London’s neighborhoods. Famine, drugs, prostitution, poverty, and brothels contrasted with the great scientific and technological advances of the age.

Victorian values mixed with Puritanism, with religion playing a key role. There was a certain repulsion towards vices, laziness, and sex. All of this caused a strong fragmentation among the social classes.

Puritanism stood for repression of the most intimate sexual desires, and, in fact, of everything sexual. But you can’t hide all this repression forever. The desires and traumas of Victorian society would always manifest themselves in their subconscious.

Jacques Lacan once joked that Freud wouldn’t have existed if it weren’t for Victorian society. What Lacan meant was that Freud’s work was so productive precisely because of that repression. The fact that you couldn’t manifest a desire, nor even verbalize it, meant that everything people considered to be a vice was hidden away in the subconscious mind.

The Victorian London of the aristocracy contrasted enormously with that of the eastern suburbs, where hunger, disease, and poverty left room for vices. Prostitution was the order of the day, criminality was on the rise, and all this gave rise to a series of mysteries and literary productions that continue to this day.

The fascination for progress, medicine, and science characterized the Victorian era. Because of this, we have works such as Doctor Jekyll and Mr. Hyde. In contrast to the cultured literature, there were also publications called the penny dreadfuls, which were very cheap low-quality newspapers.

Generally, these stories had a mysterious or paranormal character, and so they were very successful among the population of London, especially the working class.

The String of Pearls is a mid-19th-century penny dreadful, which introduces us to the fearsome barber, Sweeney Todd. It all begins with strange disappearances that seem to stem from Todd’s barbershop. The authorship of The String of Pearls is a mystery today, although some ascribe its authorship to Thomas Prest, a writer who took his inspiration from real-life newspaper stories.

The release of the subconscious

Over time, several musicals and films have been made and we can still see them in theaters today. In 2007, Tim Burton brought Sweeney Todd: The Demon Barber of Fleet Street to our cinemas. But this wasn’t the first time the character arrived on the big screen; he had already done so in 1936. Burton’s version took its inspiration from Stephen Sondheim’s musical and features a vindictive, dark, and spiteful Sweeney Todd.

Todd had been sent to the United States to serve time unjustly, gaining the empathy of the audience. He then returns to London to be reunited with his wife and daughter but, above all, to take revenge on the judge who condemned him to that horrible fate.

Through flashbacks, we witness a happy past, where Todd was a respected barber and had a family he loved. These scenes from the past contrast sharply with the darkness and decay of London in those days, and the very darkness the character evokes.

Todd decided to open his barbershop with the help of Mrs. Lovett, who uses the bodies for her pies. In the film, apart from this breathtaking setting, we also see other key points of the time such as child labor. We see this in the character of Tobias Ragg, a working child who ends up helping Mrs. Lovett.

This fact is fundamental to our understanding of that period and its literature. Let’s not forget that Oliver Twist was a serialized novel published in the mid-nineteenth century, which also dealt with many of those issues with doses of black humor.

Black humor is one of the keys to Sweeney Todd, and it deals with these atrocities with a certain touch of this humor. It justifies cannibalism due to famine and murder by revenge. This black humor, this bloodbath, reminds us again of the idea of the subconscious that we mentioned at the beginning.

Aristotle already told us that the public enjoyed Greek tragedies because they spoke of forbidden subjects that were taboo.

If we go too long without eating, then we’re likely to end up dreaming of a succulent meal. And if we don’t satiate that feeling for a long time, then certain thoughts may enter our minds that, in a normal situation, we would label as irrational. Thus, in times when hunger reigns, we need stories that give an outlet to those impulses of the subconscious. Stories that justify “killing to eat”.

An example of this can be seen in Hansel and Gretel. This also takes place in a time of famine and is most definitely for an adult audience. Unlike the current more child-friendly version, in the original, a witch doesn’t want to eat the children but rather their own mother.

Thus, here, we have an infinite number of manifestations that seek to justify certain actions that we would consider forbidden. Actions that are worthy of the most disturbed mind. Sweeney Todd suggested a solution to the problem of overpopulation and, in turn, did so using the idea of hunger. The subconscious manifests itself in literature and, in turn, the reader experiences a kind of purification.

Sweeney Todd gives rise to an infinite number of taboos and forbidden desires. All of this, along with the mystery of whether or not the legend was real, has fueled its success. Human beings seem to feel a certain attraction to these types of events.

Through humor, it’s not as uncomfortable to admit our taste for terror and the dark side of life. Taboos are allowed on the big screen. Our subconscious finds release and we let ourselves go.

Seven of the Most Popular Horror Films of All Times
Horror films attract an immense audience. Even though they generate fear and paranoia in the public continues to enjoy this type of entertainment. Read more »
Link copied!
Interesting Articles
Cinema, Television, and Psychology
The Matrix: Questioning Reality