In the 70s, Dario Argento terrified audiences with witchcraft and supernatural forces in Suspiria. Years later, Luca Guadagnino did a remake of the film that draws from the original. Two perspectives of the same script, two ways of understanding the same story. Which version do you prefer? 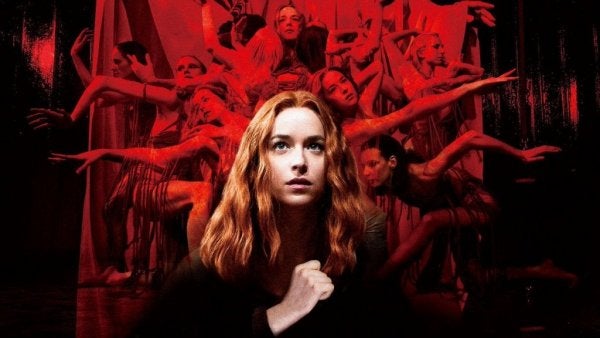 In the 1970s, Italian filmmaker Dario Argento surprised audiences with Suspiria, the unforgettable first installment of what would become known as The Three Mothers trilogy.

Argento is known for his horror films, more specifically his giallo movies. If you’re unfamiliar with the term giallo, it’s a hyper-stylized Italian crime movie, known for being especially gory and over-the-top. Argento’s work simultaneously surprised and terrified audiences for years. If you were to choose a color to define Argento as a director, it would most definitely be blood red. His movies transport you to an aesthetic dimension of terror and violence.

In Suspiria, Argento embraces a more supernatural and enigmatic kind of horror filled with symbols. He co-wrote the script with his wife, Daria Nicolodi, and choose to leave a good part of the plot to the viewer’s imagination. The audience is in charge of reconstructing the information that the film doesn’t explicitly provide. They have to imagine the shocking things that happen behind the walls of Markos Dance School.

A new version of Suspiria

In 2018, a few decades after the original movie premiered, another Italian filmmaker decided to give the script new life. He imagined everything that the viewer could have interpreted, broadened the universe that Argento created, and added some contemporary elements.

Consequently, Guadagnino’s Suspiria is a far cry from the original, but it doesn’t forget its roots. Occasionally, we get glimpses of Argento’s brand of terror. The movies present two different ways of understanding horror, two ways of generating suspense, and two ways of telling the same story.

WARNING: This article may contain spoilers.

In other articles, we’ve commented on how female presence in film has been a long time coming. For many years, female roles were always secondary, and the only female characters represented “traditional” feminine roles: motherhood, beauty, domestic life, etc. For decades, men have been the heroes on screen, not to mention behind the cameras.

However, Dario Argento not only worked with his wife on the Suspiria script, but he also brought together a cast of women that broke the molds of the time. Suspiria takes us to a prestigious German dance academy that’s completely run by women. There are male characters, but most of them are secondary. Argento flipped the idea of traditional vender roles.

In fact, one of the most important male characters is Mark, played by a very young Miguel Bose. Mark is a dancer who’s submissive to the female leadership at the academy. His character is quite feminine, but the main character, Susie, becomes romantically interested in Mark. With this kind of character development, Argento breaks through gender stereotypes.

Susie is a young woman from the United States who goes to Germany to study at Markos Tanzgruppe. What she doesn’t know, however, is that the school is actually a kind of witch coven. All the protagonists and antagonists are women, so the screen is flooded with female energy.

Drawing on a modern feminist context

In the midst of the #MeToo movement and the feminist revival, Guadagnino goes a step further. His movie pays homage to all of those movements. Tilda Swinton, a true chameleon actress, portrays three characters, including a man.

Some people might argue that it wasn’t necessary for Swinton to play a male role, that they could have easily hired a man for the part. Necessary or not, however, the decision to cast a woman in a man’s role was intentional. The point was to reclaim the place of women in cinema. After all, for many, many years, all female roles were played by men dressed as women. Most of the plays by great playwrights such as William Shakespeare were entirely cast with men.

The 2018 version of Suspiria basically relegates male presence to an even less important plane. Witchcraft is something that everyone associates with women, but it tends to have negative connotations. Guadagnino decided to make a feminist film and reclaim that space for women by declaring that they can play any role.

These days, we have several examples of witchcraft in film and television. Series such as American Horror Story or The Chilling Adventures of Sabrina have already shown how witchcraft can be used in a feminist way.

Guadagnino uses the historical-political background to establish a parallel with the instability in the governability of the coven. It’s a kind of dichotomy between the historical patriarchy and the matriarchy of the coven. Guadagnino’s version is a renewal or update of the values that were already present in Argento’s film.

The interesting cultural and historical aspects of Suspiria don’t take away from the fact that the movies are first and foremost horror films. In the original, Argento uses a lot of offscreen. He leaves the mysteries of the coven behind closed doors. The music and color of the movie suggest that something strange is happening, but the viewer never sees exactly what evil the coven is hiding.

Susie’s arrival in Germany is absolutely telling. Argento shows the airport, a well-known space. The realism of Susie’s environment as she heads towards the exit sharply contrast with shots of the exit itself. It’s an exit into darkness, accompanied by Goblin’s disturbing and incredible music that seems to warn of something evil, fantastic, and unknown.

The taxi ride to the dance school isn’t any more hopeful. The kaleidoscope of colors distort reality, the music gets louder, and outside the cab, the surroundings are hostile and terrifying. What the viewer knows, but Susie doesn’t, is that she should go back to the airport and never set foot in Markos Academy.

Leaving nothing to the imagination

Guadagnino’s version is more realistic than Argento’s. He doesn’t distort reality, there’s no disturbing music. Instead, he immerses the viewer in the ambient sounds, the dancing and trembling bodies. The color red, which is very  important in the original Suspiria, is only present in the color of Susie’s hair.

Red hair has often been associated with witchcraft. In Guadagnino’s film, Susie’s hair becomes more relevant at the moment that the witches decide to cut it. However, far from losing her strength like Samson, Susie becomes more powerful and becomes Mother Suspiriorum. In the film’s climax, the images are once again tinted red. Guadagnino immerses the viewer in a bloodbath and goes back to the film’s roots.

Guadagnino decided to show the viewer the hidden details of the coven. He shows the things that his predecessor left offscreen. His Suspiria looks for the connection between dance and witchcraft with a terrifying and uncomfortable scene. Argento, on the other hand, wanted to disturb and scare the viewer with a surrealist, paranormal, and strange atmosphere.

His shots are more voyeuristic, as if the camera were another character trying to spy on the students at Markos. Both filmmakers use images from the collective imagination. The difference is that one use is suggestive while the other is explicit.

Argento originally wanted this movie to be told as a fairy tale with child protagonists. Since he couldn’t make that happen, he made some elements of the film connect with that childlike perspective in the midst of horror.

In conclusion, we have a terrifying fairy tale versus a modern horror story that leaves nothing to the imagination. Two versions of Suspiria that do wildly different things with the same script. Both are enjoyable and terrifying, but we prefer Argento’s original film. What about you?

Watching Movies for Your Mental Health: Cinematherapy
Have you ever approached a situation differently as the result of a film? Start watching movies for your mental health! It'll help a lot! Read more »
Link copied!
Interesting Articles
Cinema, Television, and Psychology
11 Psychological Horror Movies