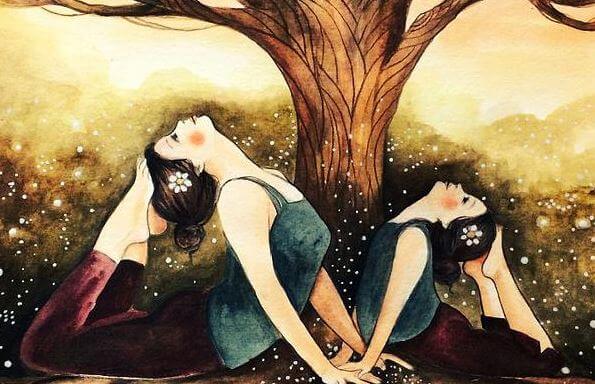 “Woman: neither submissive nor devoted, I want you to be beautiful, free, and crazy,” someone once said, a sentence that fortunately made history. Sadly, we still have to remind ourselves of this sentence, and the truth is that we still have a long way to go toward this message becoming the mainstream attitude.

It’s not a question of men or women, but rather about being respectful towards the world and towards other people. We should put aside the stereotypes that perpetuate the idea that women should exploit their bodies, ignore their own needs, and make sacrifices to the point of exhaustion.

We must stop feeding into this idea that women should be compliant, without their own expectations or needs. Women today should improve their condition as women, free themselves from the box that even they sometimes put themselves in, and reclaim their right to live however they want.

The heroic journey of being a woman

Like Alicia Giménez Bartlett said, “women today don’t need anyone who puts them second.” But the truth is that being a woman in a world run by men isn’t always easy, because strong ideas have been ingrained in us that can be self-defeating.

Women have the same personal power, the same capacity to feel, to shape their future, to create and change social structures, as men do.

Women and men are equally unique and self-sufficient. However, the patriarchy asserts itself in countless gestures, words, images, values, ideas, and beliefs that serve as the basis for both physical and emotional subjugation.

However, nowadays there are millions of men and women who fight for equality, because despite our gender differences, we all deserve the same respect and opportunities.

Unfortunately, women bear a heavy burden, and are frequently subject to criticism of their behavior.

“The best stage of being woman starts when she stops waiting for a man or some other outside force to bring her happiness, when she loves and respects herself, and when she doesn’t lose her dignity for anything in the world, even if this means being alone.”

Being subjected to the beliefs of a society that isn’t even aware of its own inequality, gender violence, and objectification of women makes us vulnerable to suffering from extreme anxiety, depression, drug addiction, and other maladaptive behaviors.

The best defense is to build self-esteem, to take on important roles in the world, and to stop believing that we have to sacrifice our identities for our families.

Let’s start with ourselves. Let’s stop being slaves to passivity, resignation, obedience, the service of others, the maintenance of our homes, chores and parenting, the image of a good wife, the objectification of our bodies, repression, patience…

Let’s seek personal freedom and identity. Let’s set aside our feminine identity, and let’s stop normalizing those oppressive actions, attitudes, expectations, and judgments just because we were born as women. Let’s be free, crazy, and beautiful at heart, like any other man, like any other person.

For years, we have heard, read and talked about the importance of maintaining a positive attitude towards the hardships life presents us. But it is time to renew our way of…

Psychology
Seneca and his Secret for Anxiety

You wouldn't believe it, but people have been talking about anxiety since back in the times of Seneca, at the…

Psychology
Why Are Sundays So Melancholy?

Sundays mean a lot to people. It's a day many people dread because of the emotions it brings up for…

Informed consent is one of the primary tools psychologists use to put their professional ethics into practice. You could think…

Everyone knows that exercise is a fundamental part of being healthy. However, like everything in life, balance is key. Regular…

Madame Bovary Syndrome is a behavioral disorder that came after the appearance of 19th century romantic novels.  Since then, idealization of…