Seven Surprising Benefits of Touching Each Other

Touching is a way to establish deeper, healthier communication with those around us. It can benefit us in many ways. Read on to learn more! 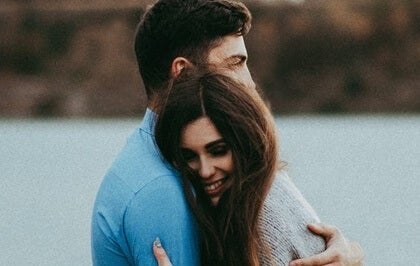 Touching each other has become increasingly difficult over the last few years. It seems as though we live in a society that fears any form of contact. We’re interacting more and more through devices and screens, and less through physical, real, face-to-face, skin-to-skin contact.

This opens up important questions about mental health and social relationships. It has long been known that touching others and being touched is essential. So much so that the European Institute of Perinatal Mental Health has suggested that babies can die due to a lack of physical contact.

Dr. David J. Linden, author of Touch: The Science of the Hand, Heart, and Mind, points out that touching is also fundamental to the development of intelligence and cognitive abilities. Touching others and allowing them to touch us is beneficial in many ways. Discover some of these benefits below.

The benefits of touching each other

1. Touching each other facilitates communication

We communicate with others through different channels and languages. However, one of the means that impacts communication the most is touching. By using physical contact, we achieve up to 78% more efficiency in the transmission of emotions, according to a study by psychologist Matthew Hertenstein.

It’s important to note that by touching others we not only reinforce the messages we want to communicate, but we also manage to express what we feel with greater precision and intensity. A hug has a lot more impact than just saying “count on me”.

2. It improves physical and mental health

Our skin has multiple receptors that connect directly to the brain. Science has proven that when we receive a friendly touch or caress, the brain reduces the production of cortisol, a stress hormone. In turn, this boosts the immune system.

It has also been established that massages are a more effective means of reducing migraines in women than pain killers. Apparently, touch signals reach the brain before pain signals.

3. Touching each other improves relationships

Touching others is a means of achieving a more genuine connection with other people. People tend to perceive those who touch their forearm as more honest and friendly. They’re also more willing to cooperate with them.

Likewise, touching others is a sign of self-confidence and power. Others tend to consider those who have constant physical contact with them as superior. That superiority, however, is seen as close and reliable.

An important part of attraction stems from skin-to-skin contact. Such contact helps to remove the barriers between two people, bring them together, and increase trust.

Affectionate and gentle caresses sensitize people towards each other. This makes them more receptive and makes it easier to seduce them. Touch can increase heart rate and arouse desire in potential partners.

In the United States, a study was carried out on the influence of touch on performance. The researchers selected a group of volunteers and subdivided them. One of the subgroups received two massages a week, while the other lacked this stimulus.

After a month, the participants took a math test. Everyone who had received the massages scored better. Likewise, it was found that sports teams were more successful if their members hugged or had hand contact during the matches or games.

Physical contact is also closely related to the production of oxytocin in the brain. This substance increases the feeling of well-being and happiness. That’s why in human relationships, and especially in couples, touch plays an important role in feeling good about each other.

One of the signs that a couple is happy is intrinsically linked to the amount of physical contact they have. Caresses and physical pampering help to feed love and strengthens the bond.

7. It helps to persuade

Regarding persuasion, you can do a little experiment. Ask someone to lend you a pencil without making physical contact with that person. Then do it again, but lightly touch the upper part of their arm. Repeat this several times with different people and objects and draw your own conclusions.

It has been discovered that touching others is a way of exerting more influence over them. This enables you to have a greater capacity for persuasion. And, yet again, this is directly related to physical contact.

As you can see, touching others and allowing them to touch you is beneficial. Perhaps it’s time to stop using so many devices to interact with people and rediscover the power and value of physical contact.

Reactive Attachment Disorder: Don’t Touch Me!
Attachments are bonds that you form right from childhood on. They need to be healthy and secure, and when they're not, a child can develop reactive attachment disorder. Read more »
Link copied!
Interesting Articles
Family
Motherhood: Changes and What to Do about Them