Voicing Your Opinion is Good for Your Mental Health

During a 1978 flight from New York to Portland, one of the crew members refrained from voicing his opinion regarding certain airplane failures. He didn't want to contradict the pilot and co-pilot. Unfortunately, this resulted in a flight tragedy. 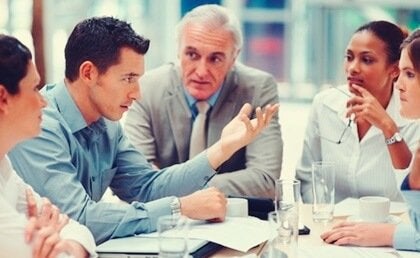 Not agreeing with others or thinking differently stresses us out due to the fact that we’re social beings who feel comfortable when we belong to a group. That’s why voicing our opinion can sometimes be scary. We don’t want to be rejected, offend anyone, nor encourage instability in our environment.

However, if we abstain from expressing our personal opinion out of fear that people will reject us or exclude us, we’ll stray away from who we really are. Similarly, this can lead to the stagnation of a group or a community. A group can’t evolve if all its members agree all the time.

“Our wretched species is so made that those who walk on the well-trodden path always throw stones at those who are showing a new road.”

The great breakthroughs of the world were possible thanks to the people who decided to raise their voice and express their opinion, even when other people didn’t agree with them. If Martin Luther King hadn’t expressed his opinion on racial discrimination, civil rights would never have changed. Another perfect example is Nelson Mandela and many others throughout history.

Voicing your opinion is an act of bravery

It takes courage to voice your opinion, especially when it contradicts the opinion of others. Humans search for mutual identification through consensus. Those who put a group at risk are frequently rejected, at least at first. Such rejection ranges from small gestures of disapproval to exclusion from the group.

Majorities always tend to impose themselves and, when we voice an opinion that challenges theirs, we put ourselves in the spotlight. And when we feel outnumbered, we most certainly feel psychological pressure. That’s why you need to be brave in order to express your opinion.

This is an almost instinctive matter. Human beings need other human beings to survive. Your physical and psychological survival depend on it, since it’ll be hard for you to stay alive if you’re completely alone. In order to go against the majority, you need to defy that survival instinct. And it’s not easy.

Some studies on this issue

During the ’50s, Solomon Asch, an American psychologist, carried out various experiments about peer pressure and its effects. He demonstrated that straying away from the majority was a very difficult thing to do.

In his experiments, some undercover scientists imposed incorrect answers on others. The result? Less than 37% of the studied individuals preferred to go with the answers of the majority, even if they believed they were incorrect.

Some years later, neuroeconomist Gregory Berns studied how the brain changed when someone isolated themselves from majorities. He concluded that disagreeing increased activity in the amygdala, which processes emotions such as fear. However, those who went along with the group showed lower stress levels.

The importance of disagreeing

It’s emotionally easier to adapt to a group than voicing an opinion that goes against the majority. However, if we all behave like a flock of sheep that only follows others, we’d probably contribute to the consolidation of totalitarianism and there would be no collective progress.

Researcher Charlan Nemeth from the University of California, Berkeley proved that jury verdicts were much fairer when one of the jurors didn’t agree with the majority. These disagreements tend to encourage the reconsideration of facts and circumstances. When someone questions the majority’s opinion, those who agree with it feel compelled to gather more evidence in order to prove their point of view. And this is a positive thing.

Voicing your opinion is very important. You have to be loyal to yourself. You may be wrong, but that doesn’t matter. The most fundamental thing is to let your conscience guide you and reclaim your right to think differently.

As a social species, it’s important to learn to listen to those who think differently and focus on the most valid arguments without minding how many people agree or disagree with you.

12 Angry Men: How a Leader Can Change a Group’s Opinion
12 Angry Men is a dramatic film by author Reginald Rose. In this article, we'll discuss the traits of a good leader through the lens of this movie. Read more »
Link copied!
Interesting Articles
Culture
Post-Coital Tristesse: Characteristics and Causes

Culture
The 7 Social Sins According to Gandhi

Gandhi's 7 social sins are a comprehensive list of behaviors that cause serious harm to society. Convinced that morality is…