Death by suicide is actually much higher than the death rate by car accidents. Several studies and projects can help people detect and prevent suicidal behaviors. 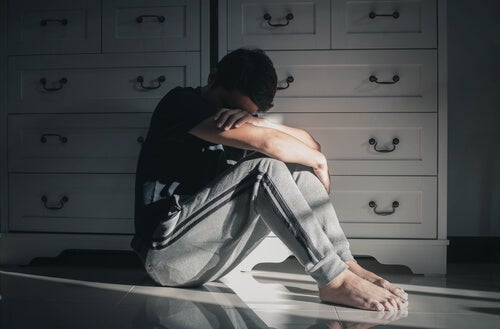 This data is alarming. Thankfully, several studies and projects help people detect and prevent suicidal behavior. In the last few years, experts have analyzed both internal and external factors. In addition, they’ve analyzed situations that might lead someone to think about or consider suicide.

One study was recently published by The European Journal of Psychology Applied to Legal Context. It analyzed socioeconomic variables related to suicidal behavior. Its conclusions give significant information to help create prevention plans.

Some experts say that the more people talk about suicide in the media, the more people are encouraged to commit it. But the solution isn’t to ignore it. The detection of suicidal behavior is the most effective way to prevent it. That’s why the data that helps experts identify risk factors is so important.

The study of suicide

The team that conducted this study also analyzed sociodemographic variables related to thinking about suicide, attempting suicide, and actually committing suicide. They also analyzed the methods they used. These scientists studied European and North and South American publications on suicide from 2005 to 2015. They collected these studies from databases such as PsycINFO, Medline, Web of Science Core Collection, Scopus, and SciELO.

They collected a total of 5222 registries, including 53 studies that were being revised. The main goal was to analyze the relationship between sociodemographic variables (which seemed to be linked to suicidal behavior) and how they committed suicide. Below, we’ll delve deeper into the results.

Age is also a factor to keep in mind. Older people commit suicide more often and, in this case, sex differences aren’t significant. When it comes to where they live, their marriage status, and work situation, the study doesn’t leave much room for doubt.

People in rural areas show suicidal behavior more often. Those with low educational levels, who don’t have close, stable relationships, and the unemployed do as well.

The most used methods in suicidal behavior

The analysis of the database shows that the most frequently used method is hanging. After that (in descending order), is suicide by firearm, poisoning, overdosing, and jumping from deadly heights.

When it comes to sex differences, men use hanging (more than 50%) and firearms the most. In the United States overall, most commit suicide with firearms.

Statistically, women jump to their deaths more often. Almost 40% choose this method. Drug poisoning is also much more popular in women than men.

That being said, many suicide attempts and successful suicides happen even when there isn’t any psychological evidence that something is wrong. That’s why it’s important to accept these variables within a spectrum of risk factors for suicidal behavior.

Psychology
Asking for Help is an Act of Bravery

Why is it so difficult to ask for help? For many people, asking for support and guidance is like embarking on an…