Stubborn Children Don't Take No for an Answer 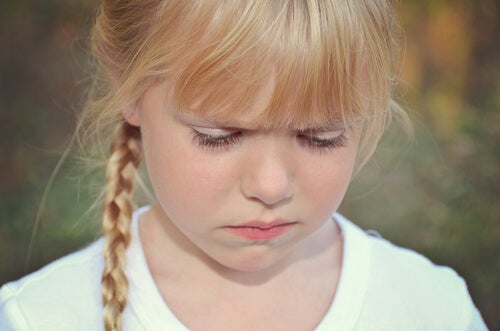 Children never stop testing us. They’re always trying to push the limits that we set for them. They don’t take no for an answer because they always want more of everything, no matter what it is or whether they even like it. For them, breaking rules and testing us as parents and caregivers is an exciting challenge.

One of the most exhausting duties of being a parent is the struggle to enforce limits, rules, and discipline. The worst part is the more you say no, the more they try to get what they want, to see whether you’ll give in because you’re sick of hearing it.

Why do they do it?

Children behave that way because they need to experiment, explore new paths, and find out what works to get what they want. Deep down, we should be happy when they act like that, because it shows that they won’t conform to something they don’t like or think is right. Of course, they’re not old or educated enough to know what’s right, but at least they’re showing character and determination instead of submission.
But this behavior is also a way for them to respond to a parent’s weakness. If they’ve detected inconsistency in the rules or between caregivers, they’ll try to take advantage of that. Just like lawyers do in court, but using their own intuition.
The key to setting things straight is consistency, or in other words, doing what you say you’re going to do without wavering. This way, they’ll reduce their tests to a minimum once they learn that rules that have been verbally established will be enforced.

Children with inconsistent parents tend to keep testing their limits, hoping to break them down. When they perceive that they only have to follow the rules sometimes, and that it’s random when they actually do have to follow them, they’ll try to exploit this chance and keep insisting until the norm is broken.
Psychologists call this principle a variable ratio schedule of reinforcement. Think about a rat pushing a lever that releases little food pellets. If the lever offers pellets in fixed, or predictable, intervals, the rat will know exactly when it’ll get food. It won’t expect food at other times.

But if the food comes in variable, or unpredictable, intervals, the rat won’t know whether to expect food when it pushes the button, so it will keep pushing, hoping for food to come out.

A similar phenomenon occurs with children and limits. When parents respond inconsistently and unpredictably to the same situation, the child will be motivated to keep trying to get what they want until they get the answer they’re looking for. So they’ll keep acting this way if the parents continue to use a variable ratio schedule of reinforcement, which is something many parents don’t realize when they finally give in to the child.

Another reason for parental inconsistency is laziness or discomfort with doling out consequences. They vary the consequences depending on their own interests at the time and give the child second and third chances. Children pick up on this pattern right away and play with it, even pitting the two parents against each other, which creates an unsustainable situation.

Parents are also inconsistent because the enforcement of consequences is out of their control. This could be because one of the child’s caregivers doesn’t enforce them, or because the consequence is unfeasible.

If you want your child to accept no for an answer when you say it, you should establish clear rules, make sure everyone knows them, and clearly define the consequences. The consequences must always be the same for the same offense, and they should also be proportional to the offense. Don’t just pick the first one you think of; take some time to think about it. Finally, you should always be monitoring whether what you say will happen actually happens.

If you’re facing an inconsistency problem because not everyone responsible for your child is really responsible, don’t worry. Make it clear to your children what will happen if they don’t follow the rules when that person is not there. Accept that you might have to educate those irresponsible adults as well.

If you accept your role of caregiver, no matter who you are, your children will see you as a role model and you’ll maintain your authority. If there’s someone who doesn’t do such a good job of that – and there will be many – it’s not your problem. Your problem is your child. Your duty is to raise them, not to please someone who doesn’t respect you or validates vague and inconsistent attitudes.

5 Things Children Never Forget About Their Parents
All parents want to have marvelous kids. Some think that when their children are little, they should simply obey, that that's all child raising is about. Read more »
Link copied!
Interesting Articles
Psychology
The Fear of Losing Control

When anxiety thinks for you, everything starts to get blurred. It's easy for the fear of losing control to have a grip on you because it's the most difficult emotions…

Psychology
Grief Is a Test of Our Maturity

Whenever you've traveled have you ever experienced that lovely sensation of being reconciled with life itself? Because when you travel, you open your mind.…