Be Strong and Never Give Up 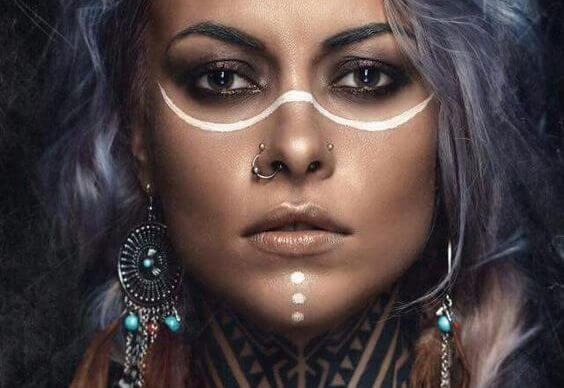 Be one of those rare, stubborn, old-fashioned people and never give up. Even when the body hurts and the scars wear you down, the mind never quits. It doesn’t let you say no to your dreams, because even if it were just an act, it would still move you away from them.

It’s important to have perseverance, the opposite of laziness and defeatism, which we sometimes learn from society with all its walls and fences. Sören Kierkegaard made it very clear in his writing that when your environment plunges you into despair, the only remedy is hope, which drives perseverance.

I’m one of those people who knows what I want and don’t want in life. I never give up, and I understand that nothing just falls from the sky. Sometimes, even if everyone else has abandoned you, the only option you have is to keep moving forward.

These days, due to the complex economic and social setting in which we live, it’s common to get carried away by defeatism. Losing your job, failing at a project, or ending a long-term relationship can crumble your foundation and even your identity.

It’s understandable. However, like they say, if you fall down, you have to get up again in order to achieve your dreams. Instead of succumbing to despair, you have to assume a proactive attitude to shield yourself against suffering.

So take a deep breath and keep going, because you’re not allowed to give up.

From inertia to movement

Poets, who have a unique way of expressing their emotions, have defined depression in striking terms, such as “the mouth of the wolf,” “a bottomless pit,” “the belly of a whale,” and “the dark night of the soul.” Each of these phrases alludes to an idea that neuroscience has studied for decades: the effect of time on the depressive brain.

Everything slows down, as if the hands of the clock have simply stopped. The person’s brain chemistry puts them in a state of perpetual melancholy where there’s no advancement. When you lose a job or break up with someone, your uncertainty towards the future corners you into an emotional prison where you can’t move forward.

Everything stops, hope decays, and depression arrives uninvited. If this is how you feel right now, remember one thing: giving up is an option, but putting yourself in action is an obligation.

This is how they explain it in The Decision Book: Fifty Models for Strategic Thinking. In this interesting self-help manual, the authors detail 50 models of decision-making that you can use when you’re stuck in such a complex personal labyrinth.

The key is usually to just be yourself and have strength of will. But how is this possible in the face of so much emotional suffering? From now on, recognize that you can improve and strengthen your will if you pay full attention and put in enough effort.

Value the courage to not give up. Make it a pillar for your soul, a root that nourishes your being.

Sometimes, you have to give up

In order to face adversity, you have to take steps forward, avoid complacency, and prevent the lack of hope and perspective from numbing your mind. But there’s another important detail that you should keep in mind.

Sometimes you have to give up, especially when it comes to accepting that something has reached its end, when there’s no other option than to set aside that part of your life and move forward from there, or even when you have to start over and risk losing certain things.

This is twice as hard and even more delicate. You can fight every day to move up at work, or to keep the person you love in your life. However, if there is no love, there’s no point in fighting. If there’s no room for advancement at your job, there’s no point in dreaming of the impossible. It takes bravery to accept this fact and overcome it.

Some battles are lost before they even start. It’s just as honorable to be able to see that, to reach the point where there’s no more room to move forward. Every battle teaches you something, even those that take you far away from your initial goal.

But remember: giving up on a specific event or person doesn’t mean you’ve lost at life. A loss can also be a victory against yourself, and there’s nothing wiser or more noble than that.

I Choose My Own Battles

Psychology
Why Do We Automatically Distrust Some People?

It happens. We distrust a person without knowing them well. It is like an inner voice that whispers, "get away," like a…